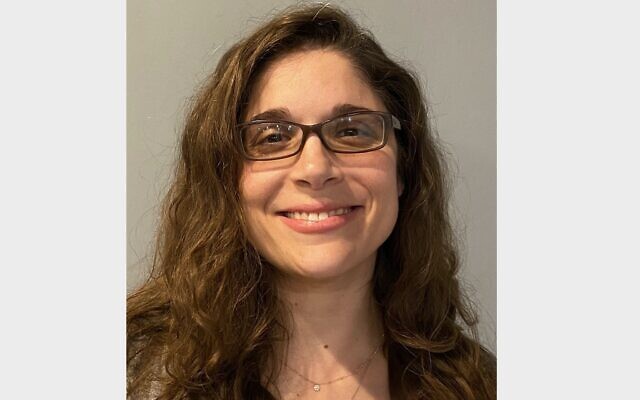 Question: What do Steven Spielberg and buying bagels for Rosh Hashanah at The Bagel Factory have in common? Answer: Ali Karlin, senior manager of the Genesis Prize Foundation, who recently moved to Pittsburgh.

Karlin, who was born in Westchester County, New York, and attended high school in Harrisburg, Pennsylvania, moved to the Steel City two months ago from Cary, North Carolina, a Raleigh suburb. The move was triggered by her Steelers fan of a husband, Brad, who took an executive medical director position with Highmark. The couple has two children, ages 3 and 5.

Though the Karlins are looking to move to Fox Chapel — they’re currently renting in Oakmont — they already have made the rounds in Pittsburgh, stopping at haunts from the aforementioned Bagel Factory in Squirrel Hill (they also tested Smallman Street Deli bagels) to the Pittsburgh Zoo and PPG Aquarium.

“We love the zoo!” Karlin said. “We’ve found it to be so engaging and accessible. From parking lot to tiger is 10 minutes. Most other places I’ve been, it’s an hour.”

Karlin’s family has already joined the Jewish Community Center in Squirrel Hill. And they’re also flirting with the idea of joining a pickleball league.

While they are still seeking out the right synagogue — they are currently unaffiliated — Karlin said they are also looking for the best fish tacos in town.

Mostly, they have been overwhelmed, she said, by the reception they have received from Pittsburghers of all stripes.

“Warmth and sincerity are probably the first two comments that come to mind,” Karlin told the Chronicle. “It sounds so cliché but I haven’t moved into a community where so many people wanted to help me — and were so caring.

“We feel welcomed,” she added. “We value that for our children — a place where they can learn and live their Jewish values.”

Karlin had an interesting trajectory leading into Jewish philanthropy. She started in management consulting, working largely with members of the federal government.

A member of a JCC board in northern Virginia, Karlin was asked by a peer about coming to Hillel International in Washington, D.C. She took the leap there and, after 18 months, followed her boss to the Genesis Prize Foundation.

She’s been with that foundation for eight years, starting in New York and working remotely for the past six years.

“We’re doing change and transformation work,” Karlin said. “We believe … we can inspire the next generation of Jews.”

Karlin’s post is considered a senior leadership position at Genesis, she said. In addition to overseeing public relations in North America, she also has her hands in grant-making.

Steven Rakitt, president of the Genesis Prize Foundation, stresses the significance of the grant-making and fundraising elements of the laureate selection process. Since its inception in 2013, the Genesis Prize has leveraged the annual $1 million award into philanthropic initiatives totaling $45 million, with grants going to 197 nonprofit programs in 31 countries, directly impacting the lives of tens of thousands of people, Genesis Prize officials said.

“That’s really what this is about — tens of thousands of Jewish voices from all over the world,” Rakitt told the Chronicle. “It’s very much a creative philanthropic enterprise that’s making a real impact.”

Since 2020, the vote of global Jewry has been a factor of paramount importance in laureate selection. Last year, some 200,000 Jews on six continents cast their votes for one of the 2021 finalists. The outcome of the public vote is taken into consideration by the Genesis Prize committee, which retains the ultimate discretion in selecting the laureate.

The 2022 laureate will be announced early next year and the Genesis Prize Foundation plans to honor the laureate at a gala ceremony in Israel in mid-2022, COVID situation permitting, officials said.

In 2022, though, Karlin will be planted in Pittsburgh.

“We’re excited to make the move a little north,” she told the Chronicle. “And there’s such a robust Jewish community here.” PJC