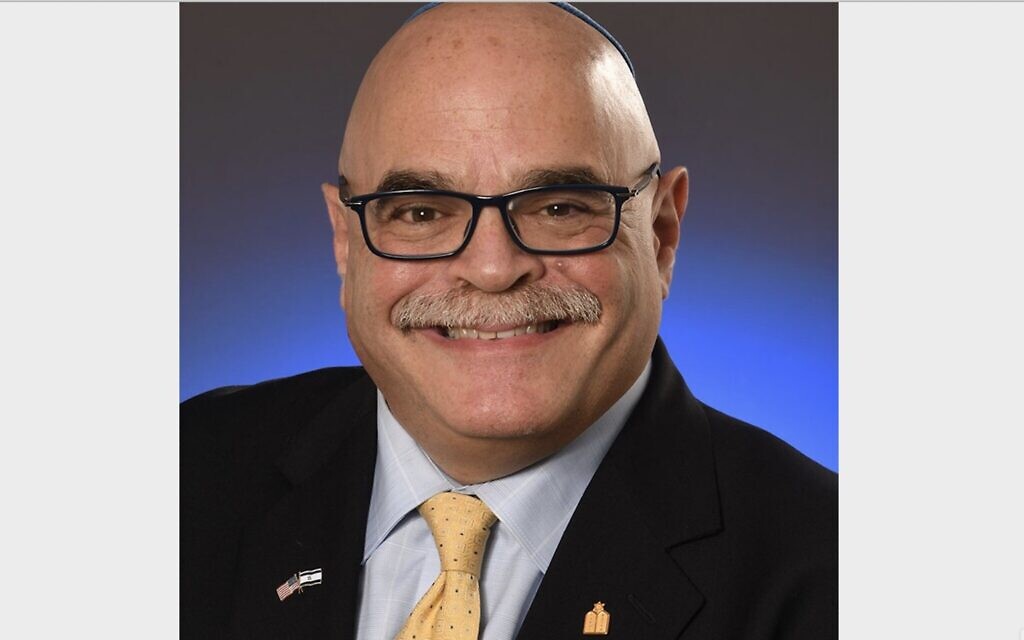 Larry Selleh was raised in a Conservative Jewish household. But, when his father, Dick, died in 2020 and it came time to memorialize him, Selleh, who owns a photo booth company, had a problem. His immediate family members weren’t observant Jews. They were not members of a congregation, and did not have a relationship with a rabbi.

A colleague had a recommendation: Look into engaging a concierge rabbi.

Greenspoon held several sessions with the Selleh family in the Washington, D.C., suburbs in Maryland they call home. And he worked to oversee everything — from the military honors to Dick Selleh’s memorial designation as a Mason.

“As he was talking throughout the ceremony, you would’ve thought he knew my dad, which was perfect,” Selleh told the Chronicle. “I told him I’d recommend him for every funeral. He was great — for everything.”

Greenspoon runs Jewtique, a Virginia-based business that offers rabbinic services a la carte for life cycle events — like weddings, bnei mitzvah and burials — as well as for day-to-day needs like Torah study.

He’s no novice: Greenspoon was the spiritual leader of Adat Shalom Synagogue in Fox Chapel from 1998 to 2005 and, during his time in Western Pennsylvania, served as president of the Greater Pittsburgh Rabbinic Association. After leaving Pittsburgh about 15 years ago, he went on to serve congregations in Massachusetts and Virginia.

But, a few years ago, the rabbi realized there was a need to address long-developing trends in Jewish affiliation in the United States. It was not a secular age, but, outside of Orthodoxy, an increasingly unaffiliated one.

“Not affiliating with a place has been a thing for decades, the trends are really clear,” Greenspoon told the Chronicle. “If more non-Orthodox Jews were not affiliated with a congregation, they were on a transactional basis for services.

“I knew,” he added, “there was a real-world need that wasn’t being fully met.”

Greenspoon, who is independent and now not affiliated with any group or congregation, started small but with a splash, netting front page coverage in a Baltimore paper for hosting High Holiday “services a la carte” out of a Presbyterian church’s fellowship hall.

Surprisingly, the setting reminded Greenspoon of his four years in the U.S. Navy.

“In that time, you learn to be adaptive,” he said. “When you were on ship, there was nearly no space and you do what you needed to do.”

Rachel Katz knows Rabbi Greenspoon well — though not from his time at any congregation. The graphic designer/art director met Greenspoon about a decade ago when her family used his concierge services for her bubbe’s memorial service. He officiated over the service for another grandparent a few years later.

When it came time to seek an officiant for her wedding, Katz knew just who to ask.

“We wanted him to be a part of this celebration — we just like his style,” said Katz, who lives in San Diego but is getting married in Maryland on Sept. 25.

In particular, Katz said she appreciates how Greenspoon works to involve himself in the process — even if it is via cross-country Zoom calls and conversations about books like “The New Jewish Wedding” by Anita Diamant.

“He’s a really cool guy,” Katz said. “He’s a great person to talk to, whether about Jewish traditions or just life. He’s given us a lot of guidance.”

Greenspoon says he customizes each service around those he’s serving, from the process of preparing for the wedding to the day of the event.

The big question: Would he come back to Pittsburgh to officiate a service? You better believe it.

“I’ll meet people wherever they want me to meet them at,” he said, “physically — and spiritually.” PJC