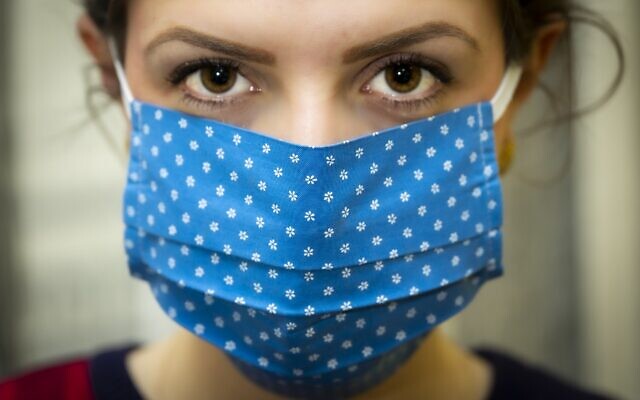 Despite masks and vaccines, some who contract COVID-19 experience symptoms months after shedding the virus. (Image by Christo Anestev/Pixabay)

“Pittsburgh has a lot of hills,” she said. “I live on a street that’s pretty slopey. If I go out, I get short of breath and will be huffing and puffing.”

Andrew Neft first contracted COVID-19 in March 2020. At the time, he experienced no real symptoms other than a congested chest for a day and a slight fever.

Once he recovered, though, Neft began to smell phantom odors.

“I started to smell things that weren’t there, or something different, which is something they said can happen,” Neft said. “It attacks the neurological system.”

Neft experiences the phantom odor two or three times a week. The smell causes him to pause, he said, especially since it’s similar to an odor he experienced several years ago when a wire in his dryer was burning.

Both Nemoy and Neft suffer from long COVID.

According to the Centers for Disease Control and Prevention, long COVID involves a range of symptoms that can last for months after first being infected. The symptoms can appear weeks after the acute phase of the infection and can present in people who experienced mild symptoms or were entirely asymptomatic.

A study at Penn State University found that more than half of the 236 million people diagnosed with COVID-19 worldwide since 2019 will experience some post-COVID symptoms up to six months after recovering from the virus, according to an October 2021 report in Science Daily.

Dr. Mike Risbano, co-director of UPMC’s Post-COVID-19 Recovery Clinic, has studied COVID-19 patients to see if there is any residual damage or disease following their contracting the disease. He said there is not just one common symptom that brings patients to the clinic.

“The long COVID patients have something bother them — there’s a whole bunch of symptoms,” he said. “Most of their studies are normal. We do an echocardiogram of the heart, breathing tests, everything turns out pretty normal. They just don’t feel well.”

“Someone might come in initially feeling poor, and three months later they feel better,” he said. “Other patients, it’s a year later that they start to feel better.”

“There are a lot of other things that drive this,” he said, noting that for some, the symptoms seem like PTSD.

Risbano said there are probably connections that link long COVID sufferers and their symptoms, but the medical community hasn’t yet determined what those are.

“There’s a wide range, and we have to look at our data,” he said. “There’s nothing we can tell at the moment.”

“We’re concerned about that — that there might be long-term health issues that could evolve from this, even among people whose symptoms get better,” he said. “There’s going to be some benefit in following these patients. It would behoove the medical community to continue building and developing databases of these patients and see what happens.”

Nemoy said she wasn’t surprised to have long COVID. She works in the medical field, and she knew it was a possibility. Still, she said, it’s stressful.

“It’s just frustrating,” she said. “Frustration that I’ve had the experience and that I continue with the symptoms rather than experience a change.”

Neft has found a way to help others with his experience. He’s part of a study conducted by the National Institutes of Health done through UPMC.

He said he was contacted when he first contracted the virus and has continued with the study. The research is looking at the effect of the virus on people who were asymptomatic when they had the disease.

The South Hills resident said that despite the phantom smells, he hasn’t allowed long COVID to interrupt his life.

“It’s not disruptive because I won’t let it disrupt my life,” he said. “I’m so over this whole thing. It is what it is, there’s nothing I can do about it.” PJC