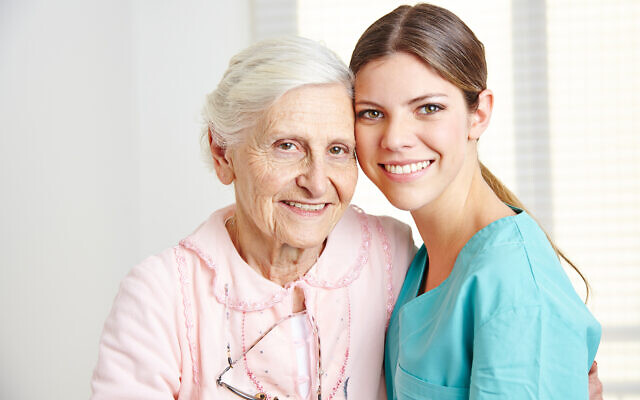 The Jewish Federation of Greater Pittsburgh is developing a plan to support older adults and caregivers. The initiative, which is being led by Federation’s Seniors Task Force, was spurred by the pandemic, Federation staffers explained.

“Coming out of COVID, the needs changed significantly for this population, with many older adults altering how and where they need services,” Adam Hertzman, the Federation’s director of marketing, said.

In the coming decade, those “wants and needs” will continue changing, according to Federation President and CEO Jeff Finkelstein.

Given the umbrella organization’s role as communal convener, the Federation “saw this particular area as ripe with opportunity for collaboration,” Hertzman added.

Since March, a lay-led group of physicians, social workers and health care administrators has met with the goal of “doing a lot of research, connecting with key stakeholders — with seniors being at the center — and looking at a strategic vision for the community,” Matt Keller, a pediatrician and chair of the Seniors Task Force, said.

At this stage, the group’s efforts are being aided by Brocade Studio, a consulting agency with “experience in broad community projects,” Keller added. A consultant from Brocade is interviewing members of area agencies, as well as conducting “focus groups with seniors, with caregivers, one-on-one interviews with individuals who work with seniors, clergy, lawyers, health care workers and also people who are soon to be seniors and caregivers and their family members.”

The goal, Keller said, is to have a plan ready to share with the community by December.

According to Hertzman, “the consultant and focus group incentives were covered by a $60,000 grant from a private foundation.”

Daniel Rosen, a Seniors Task Force member and the vice chair of the Jewish Healthcare Foundation board of trustees, credited the Federation-led initiative with building on years of area success while also providing vital recommendations for future senior care.

“The Jewish Healthcare Foundation has invested immense resources in the community’s many aging initiatives and organizations through the Jewish Federation, and we’re proud to have key expert staff and board members participate on this new initiative to ensure that services and resources are available for all aging members of our community to thrive,” Rosen said.

The community is partnering on the initiative as it has done with several others, said Hertzman, who credited AgeWell Pittsburgh — an award-winning partnership between the Jewish Association on Aging, the Jewish Community Center of Greater Pittsburgh and JFCS Pittsburgh — with serving older area adults.

Keller praised the community’s array of local services but said the time is right to consider new options: “The landscape for seniors and for caregivers is changing more now than it has during the past decade or two and COVID has really highlighted a need for us to take another look at how we’re providing services to seniors.”

It’s no secret that the country is aging, but this region is especially looking at heavy demands in the coming years, according to the University of Pittsburgh Center for Social and Urban Research.

Relying on data from the U.S. Census Bureau, local researchers noted that the Pittsburgh area continues to boast an increasing population of residents over 65.

As the community looks toward a future with more seniors, it’s imperative the Federation convene stakeholders and develop a plan, Keller, 49, said.

“I am part of that sandwich generation,’ he said. “I am taking care of my kids. I am starting to play a caregiver role in my parents’ life. I am going to be a senior soon. l look at my peers who are all in the same position and want to make sure the future for all of us in Jewish Pittsburgh is the best it can be.” PJC