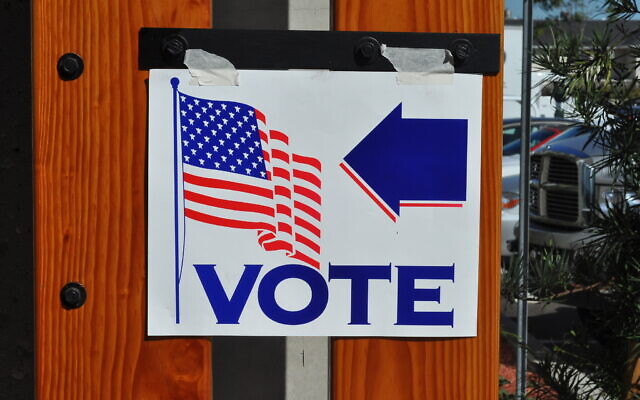 That’s just one example of a growing trend: fabricated news whose real purpose is to sow division and hate in America.

Other instances include anti-Semitic graffiti painted on a Beverly Hills sign that was attributed to Antifa and went viral on social media. The images turned out to be manipulated in Photoshop, but the damage had already been done.

In another instance, Antifa was blamed for barriers erected in front of the Chabad of Sherman Oaks building in Los Angeles, California. In reality, the Chabad center had installed the barriers itself.

The false stories and social media posts have become more sophisticated and are often hard to distinguish from real news.

Because of that confusion, the Jewish Federation of Greater Pittsburgh is stepping forward to help identify disinformation about anti-Semitism before the election.

“The concern is that there is already anxiety in the community,” Federation’s director of Jewish Community Security, Shawn Brokos, said. “We’re encouraging people to make informed decisions, shy away from assumptions and look for the truth before over- or underreacting.”

Community members can report potential anti-Semitic information or incidents at the Federation’s website, jewishpgh.org/security, Brokos said. Federation’s staff will work to determine if the information is real or simply what is now popularly known as “fake news.”

Brokos is working closely with the Secure Community Network, which specializes in this work, through the Jewish Federations of North America.

“It’s critical now more than ever to distinguish between what’s real and what’s fake,” said David Sufrin, chair of Pittsburgh’s Federation, in a press release. “During a time when lots of misinformation exists on social media across the political spectrum, it’s even more important not to jump to conclusions when we see reports of anti-Semitism in Pittsburgh or around our region.”

The fake images are created to “instill fear, doubt and unrest,” Brokos said. “Staying vigilant, mindful and accurately informed is the way to combat that.” PJC