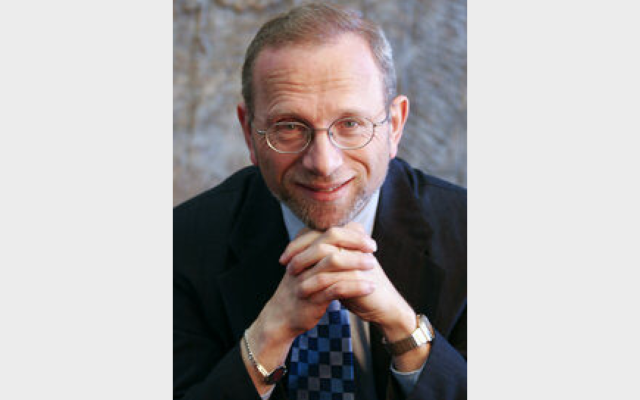 Conspiracies about all-powerful Jews, like the Rothschilds and George Soros, offer a false sense of clarity for some Americans facing an increasingly traumatic society.

The larger problem, historian Jonathan Sarna told a Washington-area audience, is that you cannot disprove an argument rooted in fantasy.

“If only we gave up Israel, or reshaped our noses, or gave up the Sabbath, antisemitism will disappear,” Sarna, a professor of American Jewish history at Brandeis University, said of the futile arguments Jews often make to themselves. “But antisemitism tells us much more about the antisemite than it does about Jews.”

And in the Dec. 15 lecture over Zoom, sponsored by the Haberman Institute for Jewish Studies in Rockville, Maryland, Sarna explained the nature of antisemitism today.

“Antisemitism is a cultural code,” he said. “It tells us a lot about the problems of the day, and not about the Jews themselves.”

Sarna, who is also the chief historian for the Weitzman National Museum of American Jewish History in Philadelphia, spoke for an hour and then took questions. His reason for speaking was the rise in antisemitism in the United States since 2016.

The Philadelphia-born professor argued that the root of Jewish hate today is the same as it was throughout American history — and it’s helpful for Jews to understand that it’s not about us now, and that it never was.

Antisemitism is related to larger social ills like mass migration, economic dislocation and the displacement of elites. When people can’t explain those problems, Sarna said, they look for easy answers.

Such uncertainties have sparked antisemitic incidents, according to Sarna.

In 2016, then-presidential candidate Donald Trump used a Jewish star background to tweet that his opponent, Hillary Clinton, was “most corrupt candidate ever.”

A year later, white supremacists marched through Charlottesville, Virginia and chanted “Jews will not replace us!”

Then, on Oct. 27, 2018, a white nationalist murdered 11 people worshipping in the Tree of Life building.

Sarna noted that, according to the Anti-Defamation League, antisemitic incidents have risen since 2016. The year 2019 saw a record high of 2,107 incidents nationwide.

Taylor Greene, who was not yet elected to Congress, wrote that a Rothschild family member helped cause California’s Camp Fire, the deadliest fire in the state’s history. Weeks after entering the U.S. House as a Republican representative from Georgia in January 2021, that Facebook post resurfaced in media reports.

In that post, Taylor Greene was offering an unfounded explanation for a tragic event.

“Nothing is by accident,” Sarna said of Taylor Green’s faulty logic. “Conspiracies are very hard to disprove. This is a central element of the antisemitic mind.”

These incidents are surprising, according to Sarna, because, after World War II, Americans viewed antisemitism as something the Nazis did. Or, as something America’s enemies did.

Between 1945 and 1960, the percentage of Americans who heard expressions of antisemitism dropped from 60 to 25, Sarna said. A 1994 book, “Antisemitism in America,” by Jewish historian Leonard Dinnerstein, concluded that young Jews had reason to be hopeful.

“The subject of antisemitism faded from public view for two decades,” Sarna said.

But in the 2010s, antisemitism returned as political movements revealed deeper structural problems in American society. Soros, a billionaire and Holocaust survivor, was blamed for anti-Trump protests, Black Lives Matter protests and even the Arab Spring.

“Everything is connected,” Sarna said, again explaining the faulty logic of antisemites.

A similar period in American history played out between the late 1800s and World War II, he said.

The era was one of massive social, industrial, urban and demographic change. Jews faced discrimination in institutions, physical attacks in cities and verbal attacks over the new communications medium radio.

A U.S. congressman, Albert Johnson, argued for the passage of an anti-immigration bill by denigrating Jews. Carmaker Henry Ford used the newspaper he owned, The Dearborn Independent, to promote conspiracies about Jews.

But World War II started a decline in antisemitism in the United States.

To start a similar decline today, Sarna thinks there needs to be a focus on social media.

“We did eventually find a way to regulate radio in a way that allowed freedom of speech but banned hatred,” he said. PJC