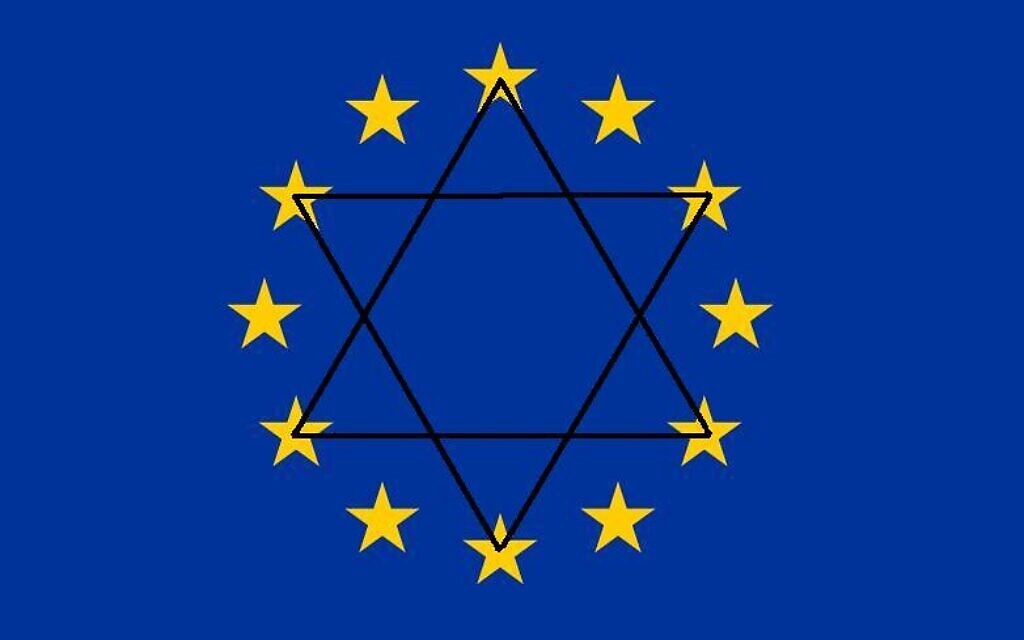 This week I had the privilege of visiting Israel for the first since I was elected president of the European Parliament in January. It will not be my last visit. I wanted to come early in my mandate to send a signal of our willingness to engage. To underline the European Parliament’s commitment to furthering our ties and to underscore that the European Union and Israel share more than history.

I came to Jerusalem to bring the message of Europe to the people of Israel. I wanted to underline that the ties between our peoples are deep and the bond we share is one that has been forged in the horror of our common history. A bond made in suffering and in salvation, and whose strength lies in its openness, honesty, straightforwardness — even criticism — but a bond that has and will withstand the test of time.

I am an optimist, but I am not blind to the challenges you confront. To the threats — some existential — you face; of the difficulties in supporting a vibrant democracy. It is inconceivable that Israel’s right to exist is still put into question. Let me be clear: Europe will always back Israel’s right to exist.

I had the honor of visiting Yad Vashem on Monday. It was an emotional reminder of lives lost, of children murdered simply because their grandparents were Jewish, of memories forever saved. It pains me to say that today we are seeing antisemitism on the rise. We know that that is a warning sign for humanity. It matters to all of us.

I will not be ambiguous: To be antisemitic is to be anti-European.

Every day we still witness attacks on Jews, on synagogues. Places of peace, of God, of worship, still remain targets. The European Parliament is committed to breaking the cycle, combating antisemitism, ensuring that we remember the devastation of history and that the lessons of the past will never be forgotten. We have a duty to remember, even when the voices of the survivors can no longer be heard.

The European Parliament understands its responsibility in doing that. The first female president of our Parliament was Simone Veil, who changed the face of Europe while carrying her tattooed serial number 7865 as a stark reminder to the world of the horror and evil she survived at Auschwitz. Our commitment is as personal as it is institutional. We will not waver.

My message today is about hope in peace, in healing, in the future. Hope in justice, in believing in the will of people and the ability of our generation to overcome; and to address the challenges that have eluded generations past.

It is that sense of hope, that burden of history, that belief, that has led the European Union’s response to the invasion of Ukraine.

Vladimir Putin brought war back to Europe in an outrageous invasion of a sovereign, independent Ukraine. The very foundations of the world’s rules-based order have been shaken to the core.

Putin now threatens the world with nuclear weapons. We must act together and do everything within our power to prevent Russia from using and other non-democratic actors from acquiring nuclear weapons that would bring more death and irreparable destruction.

The war in Ukraine is not a local or regional one. The impact of what happens in Ukraine is felt in Israel too. Since the beginning of the war almost 6 million Ukrainians had to flee their country — some 27,000 Ukrainians have found safe haven here in Israel. They follow the footsteps of one of the great titans of Israel, Golda Meir, who was born 121 years ago this month in Kyiv.

The basis and the ultimate objectives of the European project are peace, democracy and liberty — objectives central to the future of Europe, of Israel and of this region. Those who preach violence do not have the answers.

Violence has never been a solution. Terrorism is never justified. People deserve to go about their lives, send their children to school, walk down the street free from fear.

The European Parliament firmly supports the Middle East Peace Process. We support a two-state solution, with the secure State of Israel and an independent, democratic, contiguous, viable Palestinian State living side by side in peace and security.
I know there are those who do not agree, that there have been multiple false starts to this process, that not everyone sees peace as a goal. And I know how hard it must be to tell a mother whose child has been killed that peace is the answer. And there are too many such mothers. Far too many.

Progress is possible. The Abraham Accords may well have seemed inconceivable only a short while ago, but they proved that history does not always have to repeated. That the cycle can indeed be broken.

The European Parliament will always be a strong ally in the search for a way forward, in the quest for peace and all the resources at our disposal will be made available for that aim.

The story of your great nation is one of hope, perseverance, faith and overcoming adversity. This is the moment that Israel can lead the world in not only seeking but in finding that elusive peace. PJC

Roberta Metsola is the president of the European Parliament. This article was adapted from an address delivered at the Knesset on Monday, May 24, and was published first on Times of Israel.