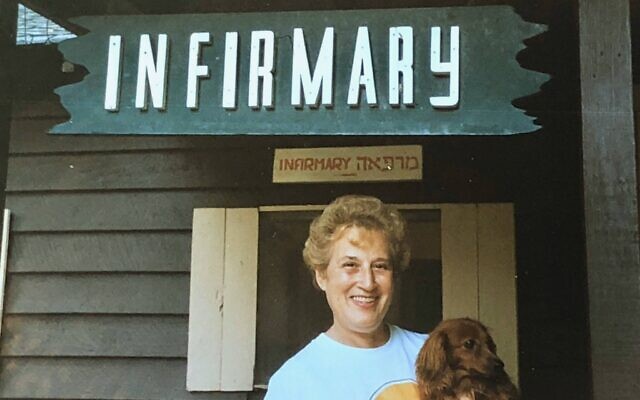 Claire Reingold, who, as “Nurse Claire,” tended for decades to the ill, wounded and homesick and built an extended family out of campers, counselors and staff at the Emma Kaufmann Camp in West Virginia, died Nov. 30. She was 90.

Reingold’s death sparked an explosion of reminiscence last weekend across the Pittsburgh Jewish community, with hundreds of friends and well-wishers sharing memories with the Reingold children and taking to Facebook with their own stories of the storied nurse.

“This week, the JCC and Emma Kaufmann Camp lost a legend when we heard of the passing of Claire Reingold, z”l,” Jewish Community Center of Greater Pittsburgh CEO Brian Schreiber wrote in an email to colleagues. “I don’t use the term ‘legendary’ very often, but Claire and her husband Vern epitomized that word through their more than 40 years of service at Emma Kaufmann Camp. At her funeral, her children so thoughtfully and beautifully captured the essence of Claire and her devotion to her husband Vern — and he to her. As I got to know her towards the end of her legendary career at camp, Claire’s love of EKC, and her unconditional devotion to the staff and campers remained paramount.”

Reingold, who had four children with her husband and camp handyman Vern, had a career in nursing that included 44 summers at EKC and more than 30 years at Chatham College. 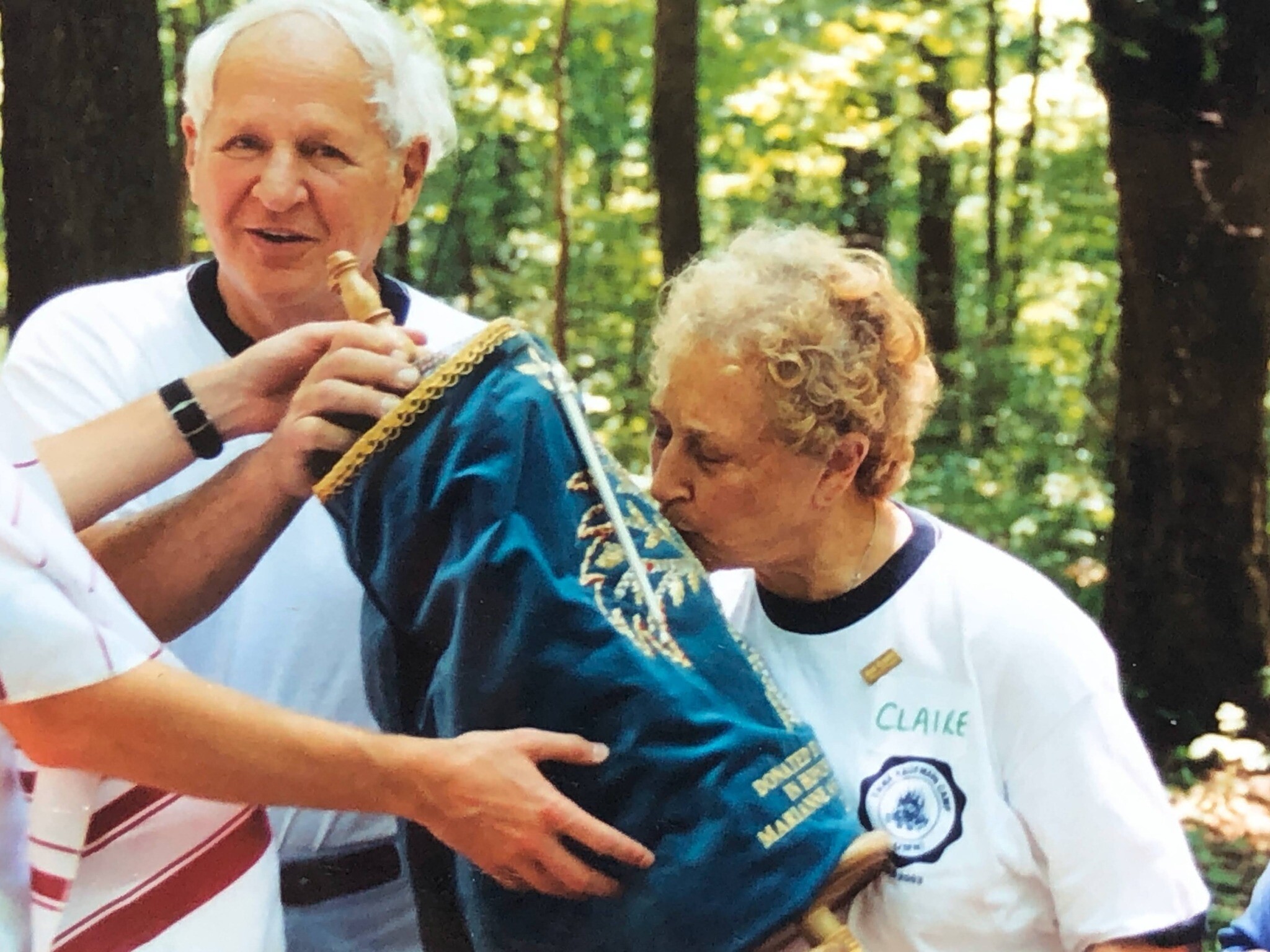 “Claire was motherly,” said Evan Stein, of Friendship, an IT consultant who first went to EKC as a boy in 1988 and later served as its aquatics director. “She was the mother to homesick campers who needed a hug. It was a little bit of medicine but a lot of old-world love.”

“She was a goddess — Claire was angelic and sort of hovered over the whole camp,” remembered former camper Mark Rogalsky, who grew up in Squirrel Hill and now lives in Oakmont. “If you wanted to feel good physically, as well as emotionally, you went to the infirmary.”

She married Vern Reingold, another frequent fixture at EKC, in September 1957 to the tune of “Our Love Is Here to Stay,” their wedding song. They were, in the words of friends, often the first to enter the dance floor and the last to leave it. Vern died in 2010.

Pittsburgher Lenny Silberman, who served as the director of EKC from 1987 to 1993, said times were different in the era when “Nurse Claire” ran the infirmary.

“Claire and I and maybe one or two others were the adults in the room,” Silberman said. “If I was the father, Claire was the mother, as well as the nurse. She always had a smile on her face. On many occasions, I had to remind her the infirmary was not just a country club — for campers as well as for staff.”

Jeff Solomon was one of Reingold’s campers. At age 10 in 1976, he was homesick and Claire had just the tonic: a shoulder to cry on, an open set of ears and words of advice.

“Claire just let me hang out with her,” said Solomon, who lives today in Largemont, New York, and is the CEO of an investment bank. “She made me feel welcomed and talked to me like a real person. It’s probably not an overstatement to say she changed my life.”

“I think everybody on these email threads had a personal relationship with Claire and Vern,” Solomon added. “Everybody has stories about how they changed their lives. It’s a remarkable testament to their humanity.”

As of Dec. 5, Michael Reingold, the youngest of Claire and Vern’s children, said more than 620 people had responded to his Facebook posts about his mother’s death. 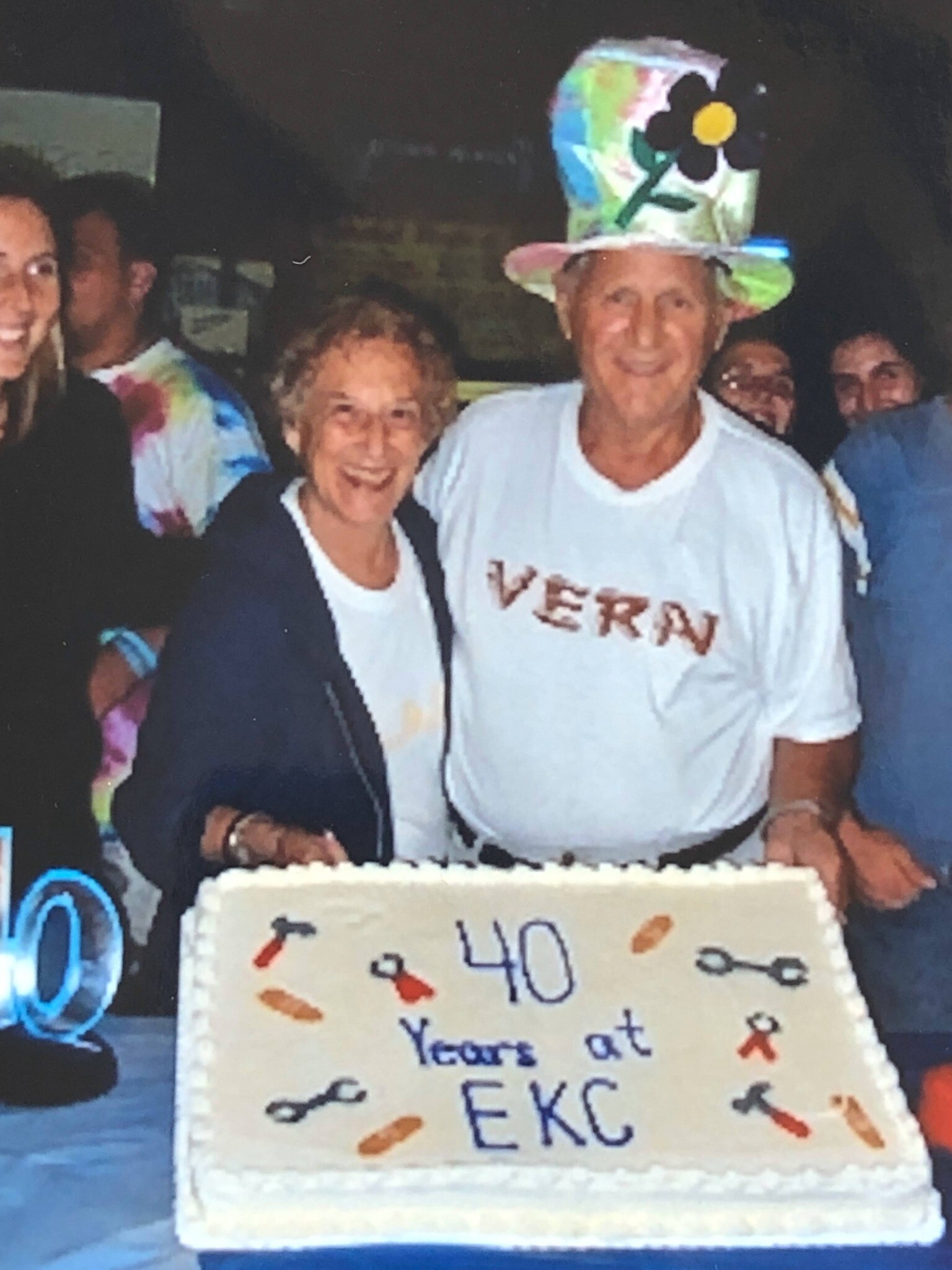 “Our family has been very touched by the outpouring of support,” he added. “We were very grateful for the support. And hearing each story — it’s story after story — really means a lot.”

Shoshi Reingold, who is four years older than her brother Michael, said she never quite understood just how strong her mother was.

“At EKC, she worked from sunup till late in the evenings, but she loved her work and she loved being around people — it fueled her,” said Shoshi Reingold, who has lived in Atlanta for 15 years, more than nine of them with her mother in a nearby seniors’ facility. Though she suffered from dementia in recent years, her spirit didn’t dim.

“My mother, she was strong, in some ways,” Shoshi Reingold said. “She was before her time. She made things happen.”

Nurse Claire also served her children, Shoshi Reingold said. She recalled waiting to get her wisdom teeth extracted while attending the University of Michigan, and advocating for a university doctor due to the prestige of the school’s dental program; Nurse Claire insisted her daughter come back to Pittsburgh, where she could help care for her.

“Finally, I gave in and I came home,” Shoshi Reingold laughed. “What she really valued in life was respect; it was important to her. But so was kindness.”

“Nurse Claire had one prescription in her little bag: it was love,” one friend wrote online. “The love she shared with Vern, her family, and her huge extended family will forever be missed, but her memory is a blessing for all.”