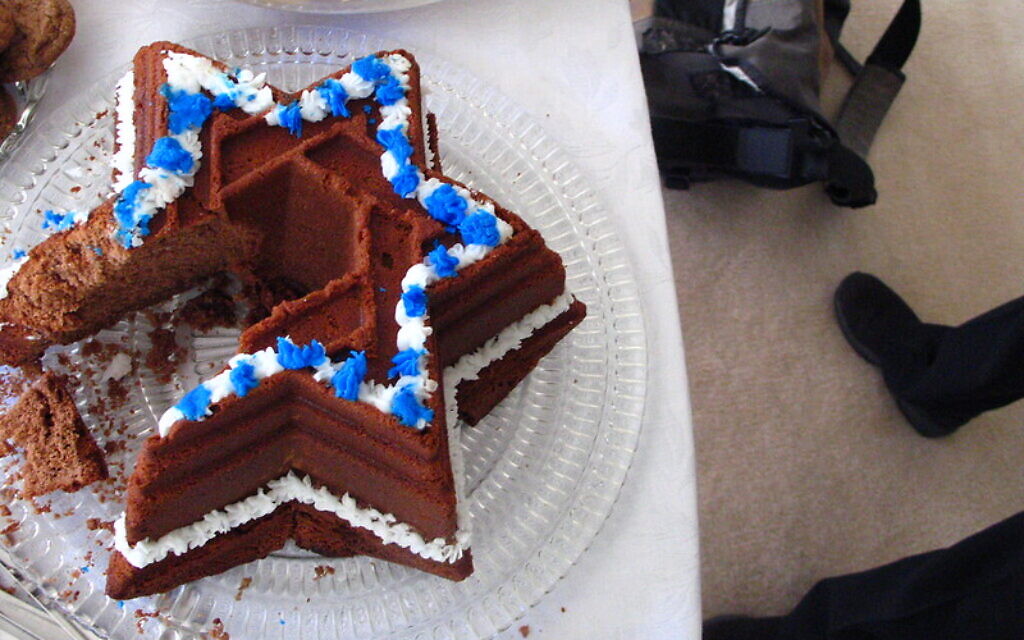 Star of David Cake by Jonny Hunter, courtesy of flickr.com.

This morning, I asked my 3-year-old daughter what Jewish things she was learning in preschool. She told me that she liked eating birthday cake.

It took me a few more seconds to realize that she was talking about the giant blue and white sheet cake that our preschool had ordered for Yom Ha’atzmaut. There had, of course, been many activities and games to celebrate Israel’s independence. My daughter chose to remember the cake.

That said, I couldn’t help but reflect upon her wonderful association. Did God really turn 73 years old along with the State of Israel this year?

Too often, we get caught up in the dysfunctional politics of the country to marvel at the miracle of the modern state of Israel. Seventy-three years later, the desert blooms, as does a new rail network that will take you from Jerusalem to Tel Aviv in 28 minutes. There is a growing, ever more diverse religious life around the country. The way that Israelis have generally, despite their manifold differences, come together to ameliorate the effects of the coronavirus is no doubt a time-tested lesson in Jewish resilience.

Normative Jewish theology promotes the eternal nature of God. We sing during Adon Olam that, “God was the past, is the present and always will be in glory.”

Yet, I can’t help but think that for a people who endured so much that the birth of Israel also marked the birth of a new relationship and stage in the covenant with our God. Seventy-five years ago, had the Nazis had their way, someone else would be here marking our yahrzeit. Instead, reborn under a new flag with a grit to survive, the one Jewish country flourishes. It hasn’t always been easy. But I would argue that on a macro level our relationship with God as a people has also never had the potential to be closer or stronger.

So it seems after all that my daughter was right. Our renewed relationship with God celebrated its 73rd birthday last week.
May we all continue to have much to celebrate together. PJC

Daniel Dorsch is the senior rabbi at Congregation Etz Chaim in Marietta, Georgia, a suburb of Atlanta. He also serves as vice president of MERCAZ-USA, the Zionist arm of the Conservative movement. This piece first appeared in The Times of Israel.