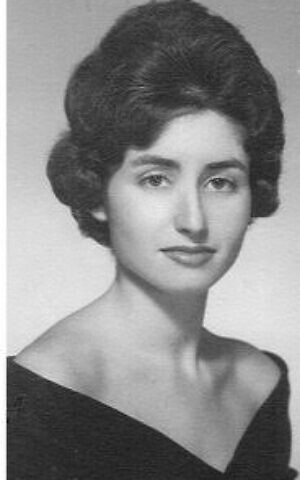 NATHAN: Dr. Susan Wimmer Nathan, on Thursday, May 5, 2022; born on May 16, 1941. Beloved wife of the late Robert L. Nathan; loving mother of Hope Anne Nathan; sister of Lynne Wimmer (late Dan Hudson) and the late Gayle Wimmer. Daughter of the late Emanuel and Frances (Bernstein) Wimmer. Sue was a graduate of Colfax Elementary and Taylor Allderdice High School. She received her BA at Vassar College, her master’s at Boston University, and her Ph.D. at the University of Chicago. While pursuing her doctorate in Chicago, Sue met her future husband, Robert L. Nathan. They were introduced through her father, Emanuel Wimmer, and Bob’s aunt, Ruth Kaplan, who were acquainted through both families’ work in the steel industry. After their first date, Bob asked her out again, for the very next night (and the night after that, and the night after that). Sue had other plans, but ultimately relented. At the time of Bob’s death, they had been happily married for 54 years. Sue spent her life working for and with children. As a Clinical Child Psychologist, she spent over 25 years with Children’s Hospital of Pittsburgh, first in the Speech Department, and later with the Family Intervention Center, which responded in cases of suspected child abuse. In the late 1990s, Sue moved to Mercy Hospital, where she and several colleagues founded (and Sue named) A Child’s Place, a child advocacy center. Her colleague, Dr. Mary Carrasco, said, “Sue had an incredible ability to create an environment that was warm and welcoming for a child who has been through trauma. Through her work with A Child’s Place, Sue nurtured a large group of forensic interviewers and other staff. She had an inordinate ability to make a child feel safe, even in a terrible situation.” Sue remained with A Child’s Place until she retired. A Child’s Place will be creating an award for excellence in child advocacy in Sue’s honor. Services at Ralph Schugar Chapel, Inc., 5509 Centre Ave., Shadyside on Sunday, May 8 at 11:00 a.m. Visitation one hour prior to services (10 a.m. – 11 a.m.). Interment Beth Shalom Cemetery. Friends are welcome to gather at Susan’s home following the burial. Contributions in Sue’s honor may be made to the Lewy Body Dementia Association (LBDA.org) or A Child’s Place, PA (AChildsPlacePa.org). A Celebration of Life will be announced at a later date. schugar.com PJC