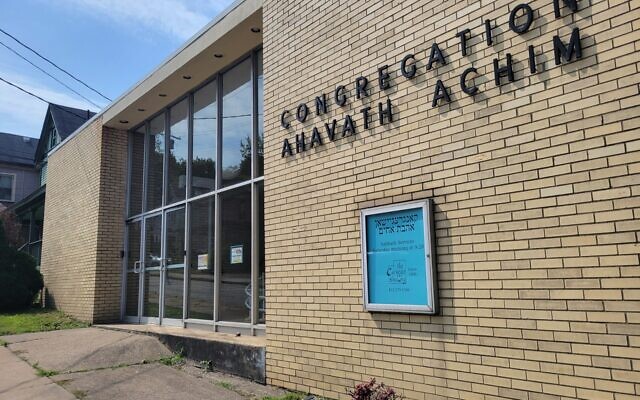 The Carnegie Shul has been in its current location since 1937. Photo by David Rullo.

In its heyday in the 1960s, Congregation Ahavath Achim — or, The Carnegie Shul — counted between 100 and 200 families as members and enrolled close to 120 children in its religious school, according to the congregation’s vice president, Rick D’Loss.

But as families moved from the more urban neighborhood of Carnegie to newer suburban communities in nearby Scott Township, Mt. Lebanon and Greentree, membership began to decline.

Part of the attrition was due to younger families joining Beth El Congregation of the South Hills, which moved from its previous location in Beechview in the early from 1960s to its current home on Cochran Road, and Temple Emanuel of South Hills on Bower Hill Road, whose membership was rapidly growing

“Things started to tail off and we were left with a lot of parents and grandparents whose kids left to go to college or wherever,” said D’Loss, who sits on the Borough of Carnegie Council.

Membership losses continued through the 90s but leveled out in the new millennium.

“It doesn’t matter if you have 200 members or 20 members if you aren’t making minyan,” D’Loss said. “That’s the big thing for us. We have Shabbat services each week and every once in a while, we don’t have enough.”

The Conservative congregation, which leans Orthodox in practice — and is lay-led — has made allowances to accommodate modern needs. It now counts women for a minyan and allows them to be called to the Torah. Due to COVID-19, they streamed its services on YouTube, which allowed out-of-town and home-bound members to participate. They have since returned to meeting in person.

The congregation first celebrated the High Holidays in 1896 before it had a regular site, meeting at the Husler Building, now owned by the Historical Society of Carnegie. The shul was incorporated in 1903 and moved to a building on Main Street. That building burned in 1934, and the congregation moved to its current home on Chestnut Street in 1937. Today the building is too large for the congregation’s needs, which has prompted D’Loss to practice creative problem solving, including renting the shul’s bottom floor to the Carnegie Performing Arts Center, a dance and theater studio. 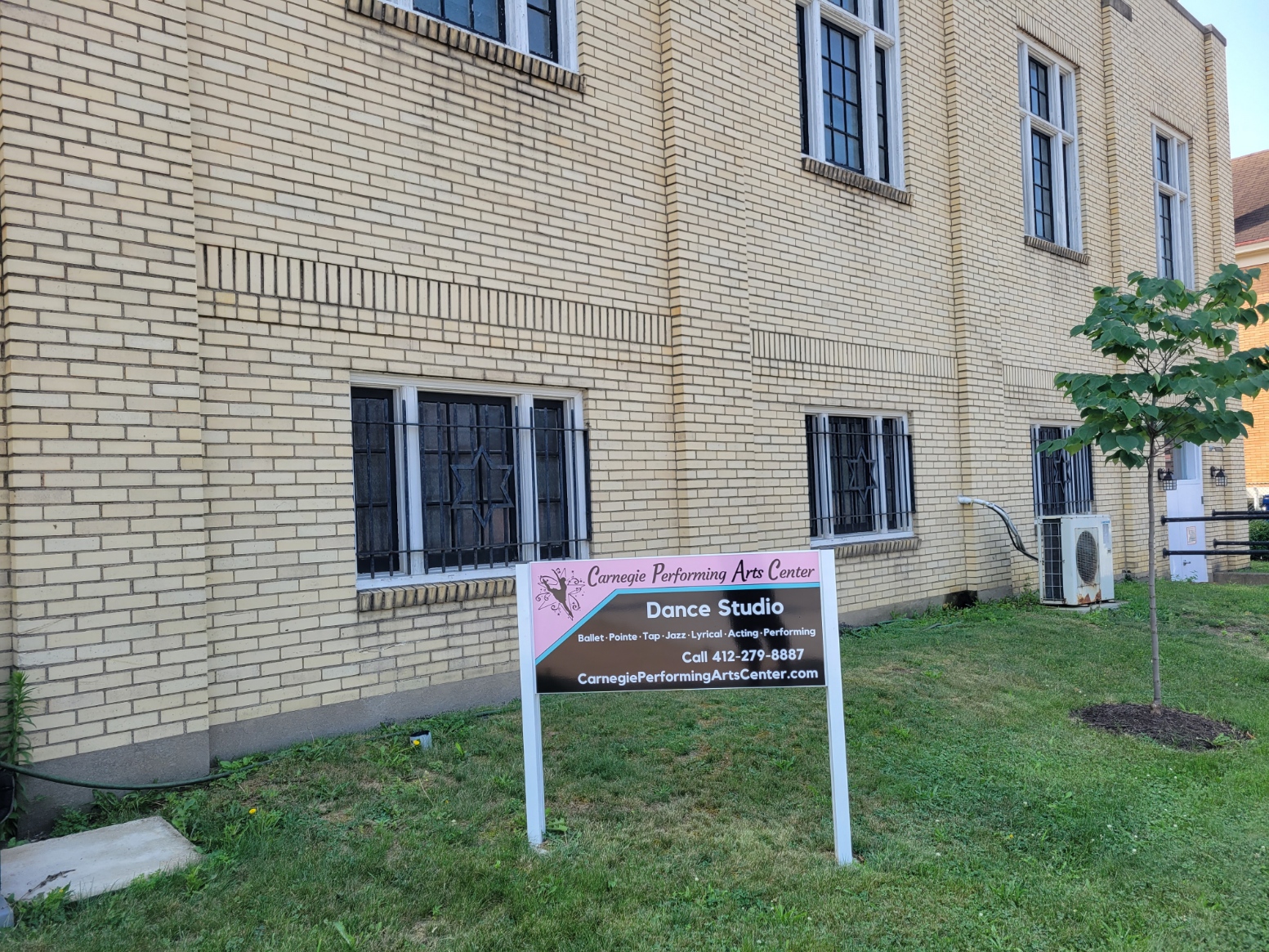 Becoming a landlord enabled the congregation to begin planning building repairs it had postponed due to cost, D’Loss said.

The CPAC’s rent, according to D’Loss, will be used to do renovations on the building’s second floor.

The congregation is also working on attracting new members, according to Rosalyn Hoffman, a board member of the shul. She hopes members of Beth Israel Congregation in Washington County, which won’t be hosting its own High Holiday services this year, might consider giving The Carnegie Shul a try.

The board is also working on developing programming that might attract unaffiliated members of the South Hills Jewish community, Hoffman said, including younger families and students who may not even have noticed the synagogue, which sits across the street from the borough’s CVS and GetGo.

While she’s generally optimistic about the shul, Hoffman admits she’s concerned that COVID-19, and its new variants, might make outreach more difficult.

“It’s like, is this the time to try and increase membership, when people are forced back into their homes?” she asked. “We know, though, that there are a lot of people who might not be able to get to Jewish centers or services, and we’ve talked about reaching out to them.”

The Carnegie Shul, with its welcoming community, leadership that doesn’t push visitors to become members and “nominal” dues, could be attractive to many people, Hoffman said.

Both D’Loss and Hoffman agree that the High Holidays might be a nice introduction for potential members. The congregation, which held its 125th High Holiday services last year, will once again welcome Cantor A.J. Edelman, an American-born Israeli athlete. He is a four-time Israeli National Champion in skeleton and the first Orthodox Jew to compete in the Winter Olympics. He’ll take time out from his training for the 2022 Beijing Olympic Games and serving as the program general manager for the Israel bobsled team to help lead services in Carnegie for the fourth time.

“He’s just great and he loves Carnegie,” D’Loss said. “He’s practically a part of the congregation and we think people would want to be a part of that.”

D’Loss believes there are plenty of Jewish options in the South Hills, with each organization fulfilling particular needs.
“We’re not duplicating efforts,” he said. “I think everyone’s offering something that makes a nice, full plate in the South Hills. I’m hopeful we can maintain that. We’re setting up for the next 125 years.” PJC