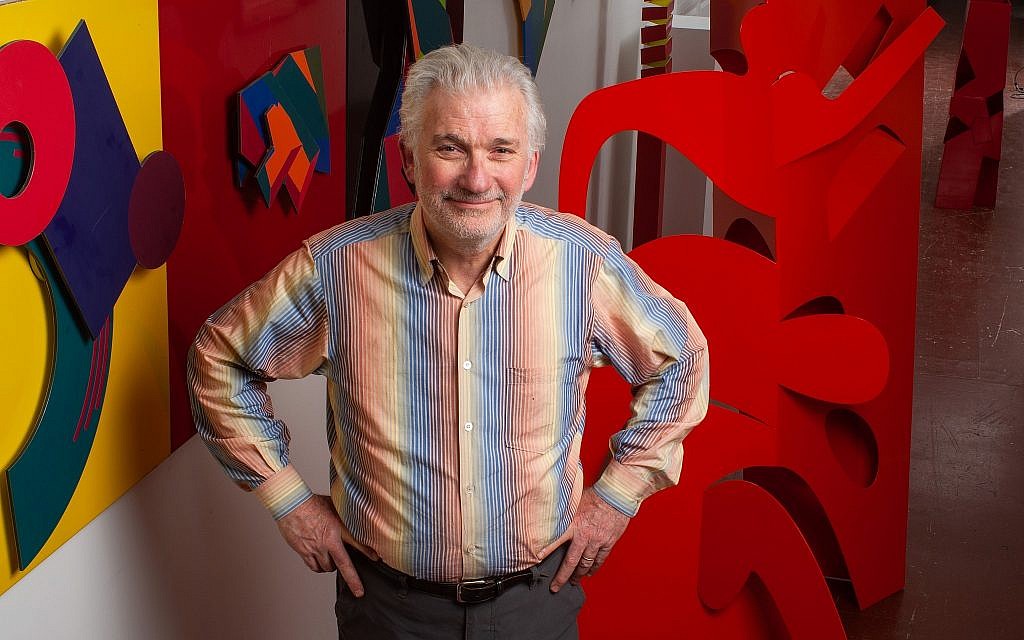 The developer of a Strip District mixed-use development is set this month to unveil an abstract, 12-foot-tall structure at an entrance to the Three Rivers Heritage Trail that could become Pittsburgh’s next meeting-place calling card.

Designed by the hyperproductive Dan Droz, the piece is titled “The Gathering” and is intended to showcase sculpture as a means to elevate public spaces, the artist said.

“If you look at the sculpture, it’s figurative — you can see outlines of two or three figures. You might discover two people high-fiving each other or, from another angle, a group of three people just hanging out,” Droz, who is Jewish, told the Chronicle. “Together with the fact that it’s at the entrance to the trail, it’s intended to provide an iconic gathering space for people going to the Heritage Trail.”

Burns Scalo Real Estate, the developer of the aforementioned mixed-use development — dubbed The Vision on Fifteenth — selected Droz as the artist for the centerpiece work based on his sketches for an oversized sculpture that would capture the imagination of visitors, cyclists and Strip District shoppers. 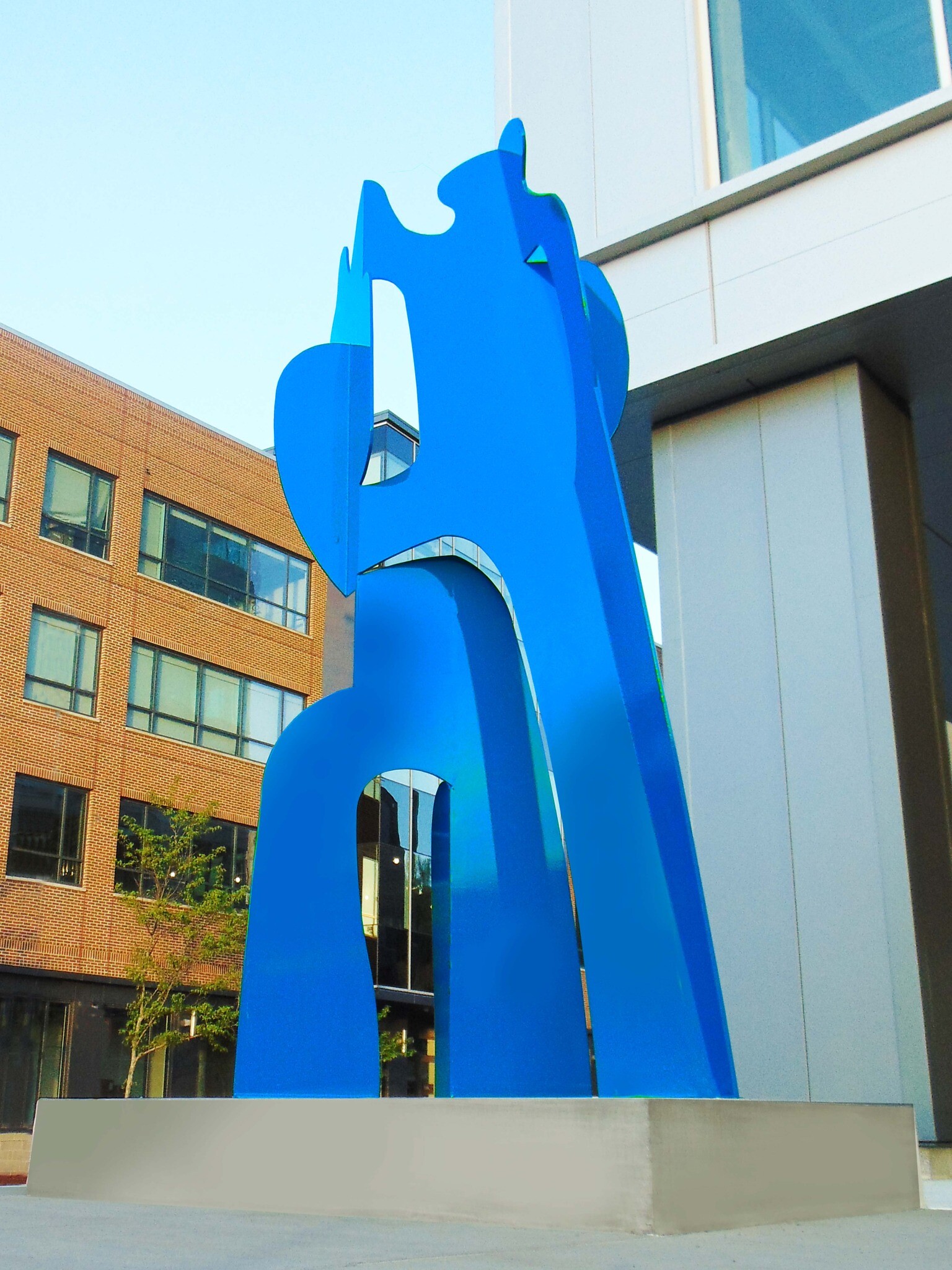 “The Gathering” by Dan Droz
The sculpture, whose abstract figures and assured angles recall some of Droz’s finest work, will stand at the entrance of the Three Rivers Heritage Trail at 15th Street and Waterfront Place, across the street from the Facebook offices and the Homewood Suites Hotel.

“We believe that art builds community and social connection and must be integral to the fabric of the spaces we create,” said Pamela Austin, brand ambassador for Burns Scalo. “’The Gathering’ will undoubtedly become a highly recognizable landmark along the Heritage Trail and among Strip District visitors, providing an iconic place to meet, have a bite to eat or simply take a break.”

Austin met Droz in 2021 through James Gallery owner James Frederick, who represents Droz and has exhibited his work in two solo shows, the sculptor’s promoters said.

Droz is no Pittsburgh novice.

A graduate of Harvard College, the Brookline native taught for 18 years at Carnegie Mellon School of Design. After leaving CMU, he headed an award-winning design firm in the city.

In 2018, at age 69, he decided to pursue sculpture-making full time. Since then, he’s had five solo exhibitions and more than 20 juried shows, and his work has been collected nationally. He’s also been the recipient of many awards, including the Mary Phillips Award for Sculpture from Seton Hill University, ID Magazine’s “Designer of Year” and “Best of America” by Abitari (Italy).

So, is “The Gathering” the most emblematic, so far, of Droz’s work?

“It’s definitely the largest,” he laughed. “Hopefully, it will be the beginning of more. My intention has always been to make larger sculptures because there’s the potential for interaction between people — it creates a sense of space in an otherwise monochromatic environment.”

In addition to upcoming appearances at shows in California and Pennsylvania, Droz said he is set to exhibit his work — including smaller sculptures set in a form similar to a diorama — at the Three Rivers Arts Festival, which begins June 3 in the Cultural District.
But don’t think for a second he’s not savoring this artistic moment.

“The pieces are getting out there,” Droz said. “It’s very gratifying to have a piece that’s not in someone’s house or backyard.” PJC