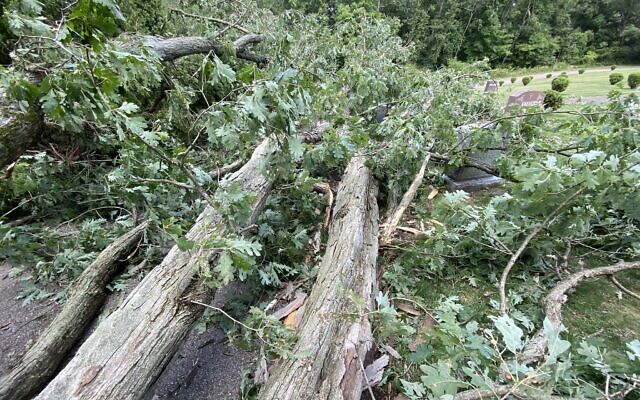 Last week’s storms resulted in damage to the Poale Zedeck Memorial Park Cemetery in Gibsonia, Pennsylvania. High winds, multiple fallen trees and excess debris caused two monuments to be pushed off their base centers. In the coming days, six trees will be cleared, and work will begin to repair the affected headstones, said Joel Ungar, chair of Congregation Poale Zedeck’s cemetery committee. 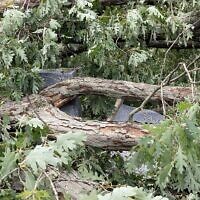 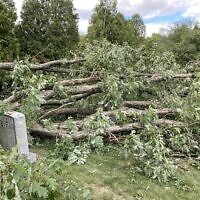 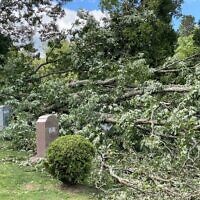 Based on estimates from tree services, Ungar anticipates that the extensive damage will cost tens of thousands of dollars to repair, “and that doesn’t even include the stones yet,” he said.

In the weeks prior to the High Holidays, Jewish cemeteries typically experience increased traffic.

Ungar acknowledged the timeline and said that the cemetery committee is tirelessly ensuring that the area is made safe and that the monuments are repaired.