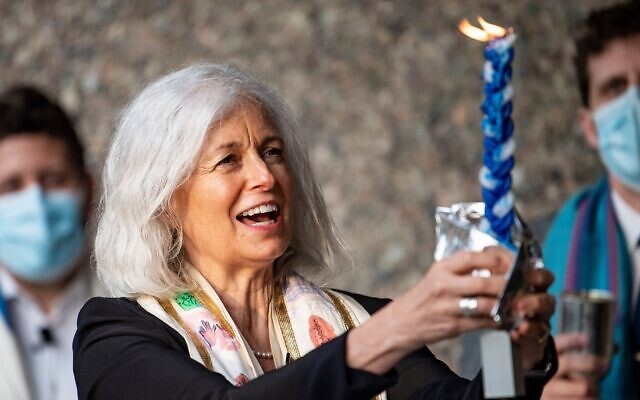 Rabbi Elaine Zecher has been struggling with the question of how to talk about God for quite some time.

Years ago, Zecher and some of her colleagues had been working on “Mishkan T’filah,” the daily prayer book of the Reform Movement, when the conversation turned to God. Zecher, who grew up in Monroeville and now serves as senior rabbi at Temple Israel in Boston, Massachusetts, and her fellow editors discussed how best to articulate the divine.

Within Judaism, God is described in many ways — royal, sovereign, hierarchical — but central to any description is experience, Zecher told the Chronicle, speaking from her New England home.

It’s hard to know how to speak about God without understanding your relationship to the divine, she said, comparing the challenge to that of describing appreciation for a fine meal.

“You can talk a lot about food, but when you actually experience it — when you taste it — you come to know the food on many different levels,” she said.

As Zecher and her fellow editors continued to work on the prayer book, she began to use a phrase she’s clung to for the past decade: “integrated theology.”

She said the term was inspired by the work of her husband, Dr. David M. Eisenberg, a physician and researcher who focuses on integrative medicine at the Harvard T. H. Chan School of Public Health. Zecher explained that just as integrative medicine incorporates evidence-based practices with other therapeutic approaches for wellness and healing, integrated theology fuses various relationships with the divine.

The fact that God can be experienced in so many different ways, she added, “could actually be the way that we experience God.” 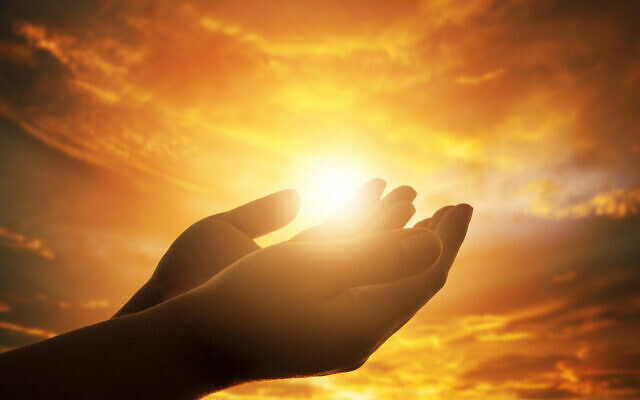 Photo by arkira via iStock

Zecher and her colleagues returned to the concept of integrated theology when preparing “Mishkan Hanefesh,” a High Holiday machzor for the Reform Movement. Published in 2016, “Mishkan Hanefesh” featured updated translations, readings and poetry pertaining to the Days of Awe.

Though Zecher felt she had successfully shared her understanding of integrated theology in the daily prayer book and machzor, she wanted to reach even more readers. So, alongside fellow editor Rabbi Edwin C. Goldberg, she reached out to 20 Jewish educators and spiritual leaders, asking them to share their own experiences with the divine.

Collectively, the writings helped form “Because My Soul Longs for You: Integrating Theology into our Lives,” a book published last month, that invites readers to consider God’s presence in their daily lives.

Whether it’s through illness, music, poetry, art or social justice, there are myriad ways people experience the divine, Zecher said. And it’s the totality of those means that readers should appreciate.

Instead of dwelling on God’s name or description, it’s important to focus on our experience with God, she said.

That can be a difficult task, she said, but just like strengthening a muscle, it can be developed.

“Sometimes we go along in life and we’re not paying attention to anything, and then when we start to pay attention we see some of the subtleties of the sacred that maybe we didn’t see before,” Zecher said. “I think that the practice of the possibility that God’s presence is in our lives, and that God’s presence can interact with us in some way, is available to us all.” 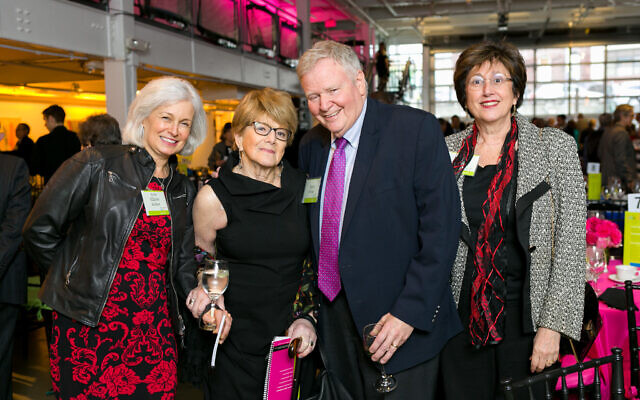 Temple Israel Boston is the largest synagogue in New England, but Zecher maintains a strong Pittsburgh connection. Before attending Brandeis University, and then Hebrew Union College – Jewish Institute of Religion, she was raised in Monroeville by Pittsburgh-born parents Albert and Rita Zecher. Albert, was general manager of The Jewish Chronicle for 31 years, as well as a founder and past president of Temple David in Monroeville. Rita Zecher, who was also active at Temple David and other local Jewish organizations, still lives in Pittsburgh.

Elaine Zecher said she tries to come back to Pittsburgh as often as she can, but even from afar, she appreciates Jewish life here.

“I really value the kind of interconnectivity of the Pittsburgh Jewish community,” she said. “It’s inspirational.” PJC