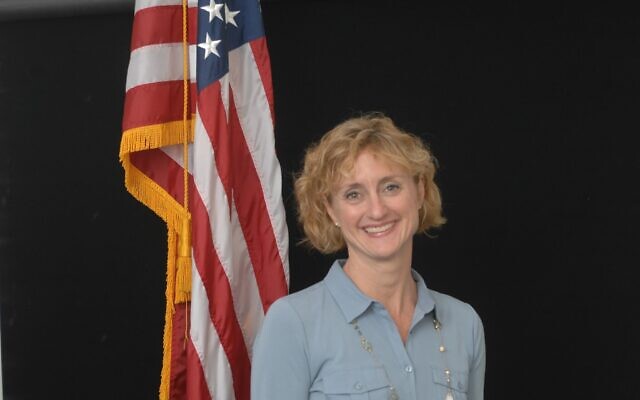 The dawning of 5782 will occur against a backdrop of increased antisemitism worldwide that was exacerbated during last spring’s Israel/Hamas conflict. In Pittsburgh, there was a series of verbal and physical assaults against members of the Squirrel Hill Jewish community followed by several inappropriate Holocaust references at local school board meetings during mask mandate discussions.

So while many Jewish Pittsburghers are wary of attending High Holiday services in person this year because of the increased rate of COVID transmission, some have other concerns as well.

“We are in an increased threat tempo,” said Shawn Brokos, director of Jewish community security at the Jewish Federation of Greater Pittsburgh. “That’s not to scare people, but it is to help our organizations make informed decisions about how they want to proceed.”

After a year of virtual and hybrid services, Brokos wants to remind community members to remain vigilant of their surroundings — a practice that became second nature after the massacre at the Tree of Life building on Oct. 27, 2018.

“There will always be some anxiety,” said Brokos. “We are still processing the events of 10/27, but my goal is that in discussing training and preparing ourselves, our community members feel empowered and that they won’t err on the side of staying home for security purposes.”

The leaders of local Jewish organizations were eager for the training, despite the discomfort in discussing possible threats, Brokos said.

Most congregants will see the same level and type of security they saw in previous years, including local police officers standing outside their synagogues, or private security personnel employed by congregations, Brokos said. Additional, less obvious security measures may also be in place. For example, she said several Jewish organizations made needed security upgrades on their buildings during the pandemic.

Some congregations are also focused on enhanced digital security this year. Many non-Orthodox congregations use Zoom to stream their services. When the pandemic began, several congregations across the country experienced “Zoom bombing,” where white supremacists infiltrated congregations’ feeds and spread antisemitic messages. Since those early incidents, Zoom has increased its security and congregations have grown more adept at preventing them, Brokos said.

One congregation’s executive director, who asked not to be identified, said that synagogues now have multiple levels of security they use to protect their members online but — to keep that security sound — declined to reveal details.

The Federation has been working with the Pittsburgh Police and congregations, requesting police presence in a coordinated effort, Brokos said. “It’s all of us working lockstep to protect the community.”

Drew Barkley, executive director of the Reform congregation Temple Sinai in Squirrel Hill, appreciates that effort. He praised both Brokos and Erin Wyland, the Federation’s security program coordinator, for the work they’ve done in the community.

“They make it easy to work with and they keep everyone informed,” Barkley said. “ They deserve a lot of credit.”

“The Jewish community should know that there is a very strong security and safety net in place for its members,” Brokos said. We have excellent partnerships with law enforcement. It’s a coordinated effort.” PJC