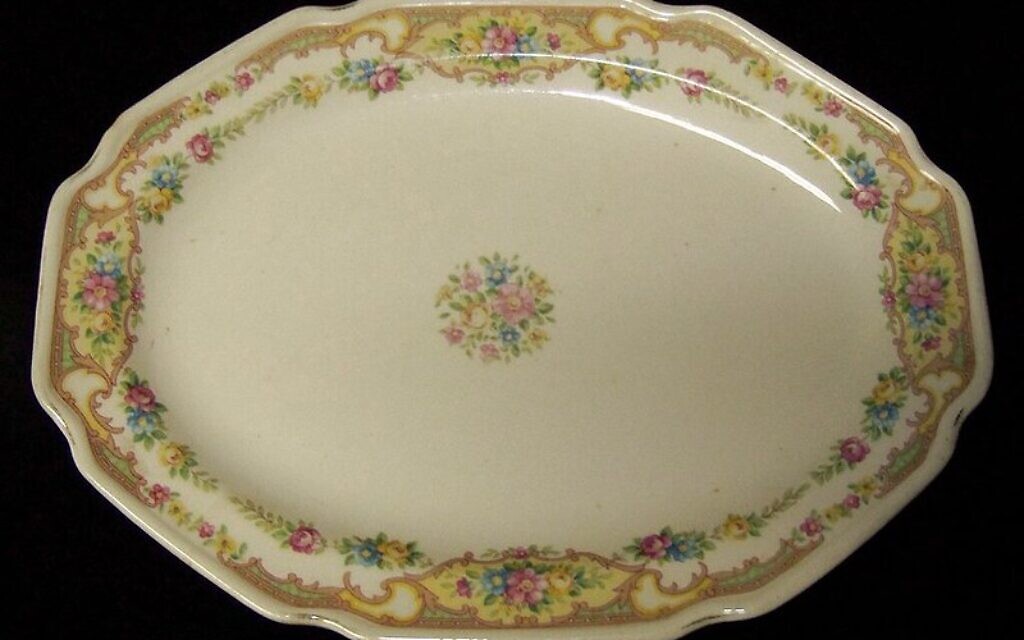 My mother does not say the word “die.” Instead, she says, “after a hundred and twenty.” By this logic, she has another 35 years to go. Which seems like a long time to me, but, at 85, my mother — a woman who packs her suitcase a week before the flight, sets the Passover table three days before seder, and sends greetings in the family WhatsApp the day before a birthday — has already embarked on a checklist of tasks for a “hundred and twenty.” And I’m not talking about the usual items people put on their bucket list, like bungee jumping or swimming with dolphins.

No, her list consists of crucial tasks, such as arranging all the drawers and cabinets, sorting all the documents, scanning all the photos from the old albums, and … dividing up everything she has among me and my siblings. I think my mother imagines the Angel of Death as a giant, grumpy, rather petty cleaning lady, for whom one needs to tidy up the house.

I hate these Inheritance Days. First, because it’s against my religion — the religion of denial. I don’t like “hundred and twenty” in general and certainly not the “hundred and twenty” of my parents. I’m pretty sure that, despite the overwhelming statistics, I’m the outlier. It won’t happen to me, so there is no reason to prepare for it or talk about it or even think about it. Second, I hate to be reminded that underneath my ascetic-spiritual-anti-capitalist exterior, I am actually quite materialistic and would die happy drowning in a sea of beautiful, useless objects. The third reason is that I always want whatever my oh-so-discerning siblings choose. Not before they pick them of course, only after, when they’re already theirs.

Then, all of a sudden, the once-hidden beauty of their baubles becomes apparent and I feel dissatisfied with mine.

My brother and sister are already waiting for me at our childhood home. Six different sets of cutlery have been spread out on the dining table as if the table has been set for ghost guests. “Ta-dah,” my father calls out, pointing to the table with the ceremoniousness of a circus ringmaster. “Welcome to The Good China!” He’s not sure how to handle these morbid rituals, and making me laugh can’t hurt.

Each set of dishes is represented by a delegation made up of dinner plate, salad plate and soup bowl nestled together. Next to each of them is a note in my mother’s handwriting containing technical and biographical specifications about the set.

Take, for example, the Dansk meat set that my American grandmother bequeathed to them. It is all white with relief patterns of fruit and vines. My grandmother brought the dishes to Israel with her when she made aliyah at the age of 90. “This set is complete, there are 14 settings!” My mother proclaims in admiration. This doesn’t surprise anyone. My grandmother was a scrupulously careful and highly efficient woman. I remembered how she would cut up the pot roast on my distinguished and highly capable grandfather’s plate as if he were a helpless baby. To this day I do not know if it was an act of indulgence and affection on her part or an expression of passive aggression. My brother pronounces his scholarly architectural opinion that “this set is hideous.” My sister says he’s just saying this to lower the price ahead of negotiations.

“Now we’ll go in age order and everyone will choose the set they want,” my mother proposes. My sister chooses my mother’s beautiful, eclectic collection of blue china. Second in line, I choose the pinkish ones we use for Yom Kippur eve. “Are you sure?” my mother asked, “there are only the dinner plates left and maybe some serving utensils, nothing else.”

I know that this is the set my mother assembled slowly and surely for a whole year when, for every purchase at the supermarket, she received a coupon for a single plate. I wasn’t born yet, my father was a medical student, my mother taught Hebrew at Sunday school. They didn’t have two pennies to rub together. I imagine her in a brown, itchy minidress, with a short beehive ’60s hairdo, hesitant, embarrassed, speechless, so far from her parents’ house in Afula, slinking around among the dishes in the aisles of an American supermarket in Baltimore.

When my brother’s turn comes, he excuses himself to go to the bathroom for a moment. My sister says he’s going to Google the prices of the expensive set and consult his wife on what to take. I ask him if he’s going to do a number one or a number two because we don’t have all day.

After all the good sets are handed out, my mom serves us soup on her everyday dishes. My brother says the silverware is already his so we’d better be careful with the spoons. I say the used napkins are mine, so they’d better not dare throw them away. My mother remembers the linen napkins and asks if I would like to see them. “For God’s sake, why can’t we do this after a ‘hundred and twenty’ like normal people?” My mother replies that after a “hundred and twenty,” it’s just a division of property, but before a “hundred and twenty,” it’s a gift. And she’s more about the giving. And also it’s the stories that come with it.

I looked up and saw my family sitting around the table and chattering like we did when we were kids when no one thought about a “hundred and twenty.” Suddenly I did want to see my mother’s embroidered linen napkins, but I was too embarrassed to ask.
Then my dad asked who wanted his sweater. And we laughed again. I asked what else he had in the closet, and my mom said, “Oh, the closets! Let’s do a round of cabinets now so you’ll have where to put the dishes after a “hundred and twenty,’” and we said forget about it, we’re going home.

That night my mother called. It was already late and my heart jumped a little. “What’s wrong, Eema?” I asked.

“When we put the dishes back in the cupboards a cup fell and broke. I think it’s from your set, Ruthie, I’m sorry.”

“The very delicate china — thin, like a napkin,” she said.

Ruth Efroni, a writer, is head of TV content at Green Productions, a film and video production company. This piece first appeared on The Times of Israel.