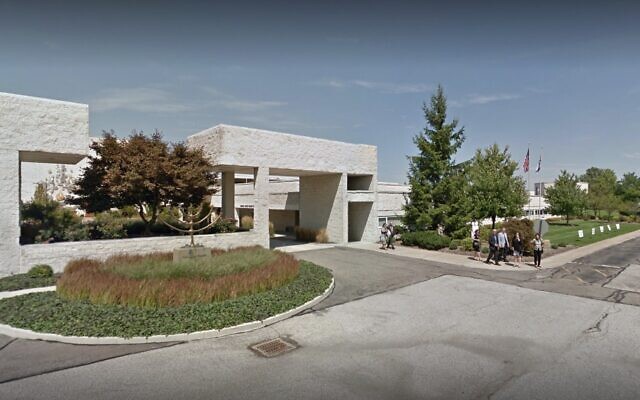 (Cleveland Jewish News via JTA) – A Cleveland-area rabbi was arrested and suspended from his congregation after allegedly engaging in explicit online conversations and attempting to meet with an undercover investigator posing as a 15-year-old boy.

Rabbi Stephen Weiss, who has served as senior rabbi at B’nai Jeshurun Congregation in Pepper Pike, Ohio, since 2001, was arrested Monday evening by law enforcement officers with the Ohio Internet Crimes Against Children Task Force. The 60-year-old had traveled to a pre-arranged location to allegedly engage in sexual activity with the purported child, after communicating on a social networking app.

Court records show Weiss posted a $50,000 bond. According to the court docket, as a condition of his jail release, he is required to wear a GPS standard monitoring device.

The day after Weiss’s arrest, his congregation announced in an email to congregants that it had suspended him from his position and barred him from the premises. B’nai Jeshurun President Rebekah Dorman and Senior Rabbi Hal Rudin-Luria, newly appointed to his position following Weiss’s suspension, also wrote that the synagogue was “unaware of any other alleged criminal incidents involving Rabbi Weiss.”

The synagogue said it would make confidential counseling available to congregants.

“Our synagogue has been strong and vibrant for 156 years and faced many challenges along the way,” Dorman and Rudin-Luria wrote. “We will continue on in that tradition as a synagogue family that supports and cares for each other in challenging times.”

Neither Weiss nor his attorney returned a Cleveland Jewish News request for comment.

The arrest comes amid a spate of recent revelations about misdeeds by rabbis in Ohio. In the Toledo area last month, Rabbi David Kaufman was arrested after being accused of rape; he was fired by his synagogue, which said in a statement that the accusation did not involve a member of the congregation. And in Canton, Rabbi Jon Adland was named in a Reform movement report as having previously been engaged in misconduct involving a 14-year-old girl.

In the latter case, congregants did not learn about the rabbi’s alleged misdeeds while he served them. The community severed ties to Adland after the release of the national report. PJC

This story was originally reported in the Cleveland Jewish News. It is adapted here with permission.