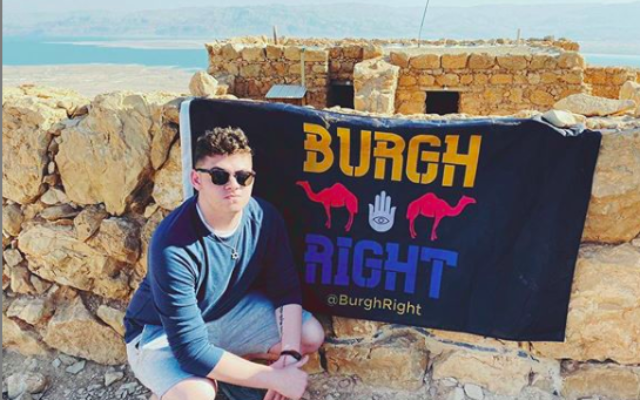 The way Aidan Segal sees it, news articles aren’t as effective as they used to be.

“The language of our time right now is these short, snappy, aesthetically pleasing Instagram posts,” said Segal, one of the University of Pittsburgh’s two fellows for CAMERA on Campus, part of the Committee for Accuracy in Middle East Reporting in America. “If you want to reach out to people, you’re probably just going to have to speak that language.”

Case in point: A post reshared on Instagram by a Pitt alumnus who graduated in the spring. It read: “in 4 days (july 1st), Israel is planning to annex Palestine. This means many Palestinians are gonna be displaced from their homes, stripped of their rights & their resources including agriculture. Here are some donation links you can donate to and or boost!”

Claire Lapat, Pitt’s Panthers for Israel president and a StandWithUs Emerson Fellow, saw the post and commented with links offering context on the annexation. The person who posted later updated his caption to reflect that he had gained perspective. For Lapat, this was a social media win.

Social media trends, political events and COVID-19 are set to alter conversations about Israel on campus this year, prompting pro-Israel students and organizations to adapt their engagement tactics.

For Segal, it’s about developing a strong online presence. He plans to write articles and share other CAMERA Fellows’ content. He and the other CAMERA Fellow at Pitt are also planning a Zoom introduction dinner as well as subsequent virtual events featuring speakers.

Segal hopes the events and articles he’s planning will offer nuance in conversations about anti-Semitism and Israel. He thinks that the trend to repost content — often inaccurate and one-sided — has people unknowingly transmitting anti-Semitic views.

But he doesn’t cut people slack for ignorance. “If everyone just has this expectation to understand the ins and outs of certain types of racism, then I should have the same expectation for people to understand the dangers of anti-Semitism and what happens whenever you spread it,” he said.

Panthers for Israel also plans to use digital tools to its advantage. The student group, which is within the Hillel JUC umbrella, will virtually offer its six-week Israel 360 course about Zionism, Israel and the Israeli-Palestinian conflict.

And it is planning a Zoom event with Artists 4 Israel, a pro-Israel art organization. 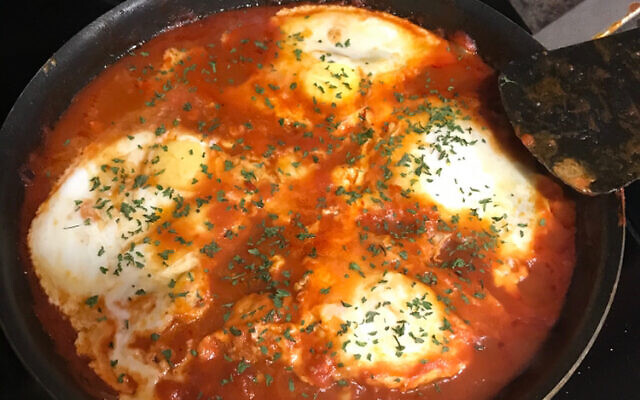 “Zoom in some ways has broadened the opportunities that we have because we can bring in anyone from around the world if the timing fits,” said Lapat. “They don’t need to be here in Pittsburgh. They just need a link.”

Lapat also hopes to open channels for dialogue with other student groups, perhaps a collaboration to fundraise for the Ethiopian National Project, which strives to help Ethiopian Israelis succeed.

It’s about creating programming that matches the campus “vibes,” Lapat said, though COVID-19 can make those vibes harder to discern.

For example, responses to the UAE-Israel normalization might appear in new channels due to the pandemic. “Whenever something this significant happens in volatile areas of the world, you’re going to see an increase of everything,” said Isaac Minkoff, Hillel JUC’s IACT Coordinator for Israel Engagement. “Specifically on Pitt’s campus, it’s really hard to say, especially because of the nature of the pandemic. Things that would ordinarily be visible when people have the physical ability to gather will not necessarily be visible now.”

Counter-protests might also look different, though Segal isn’t worried. Pitt’s Students for Justice in Palestine group is small — maybe 15-20 people tops, Segal said — and with Israel groups unlikely to set up tables to distribute information, he is not expecting much pushback.

Birthright — including Hillel JUC’s Burghright trip for Pittsburgh-area students — is guaranteed to look different due to the pandemic.

As a placeholder for these trips, Hillel JUC is putting together care packages with goodies like Bamba and Bissli and Israeli chocolates, giving students a taste of Israel without actually going there.

It’s not the same, of course.

“So much of the way we build memory and a phenomenological perspective toward the world has to do with our experiences — the things we smell, the things we see, the people we interact with, the faces we see, the voices we hear,” said Minkoff. “And you can’t do that just by looking at a picture of a map on the wall.”

But Minkoff also sees the positives.

“From the ashes of that frustration, I really realized how good technology is today and how privileged we are,” he said. “If this happened in the early 2000s, we wouldn’t be able to do anything.”

He’s contextualizing this moment in the larger Jewish story.

“We’ve been through so much in our multi-millennium history,” said Minkoff. “This is just a tiny blip. We’re going to make it through this.” PJC