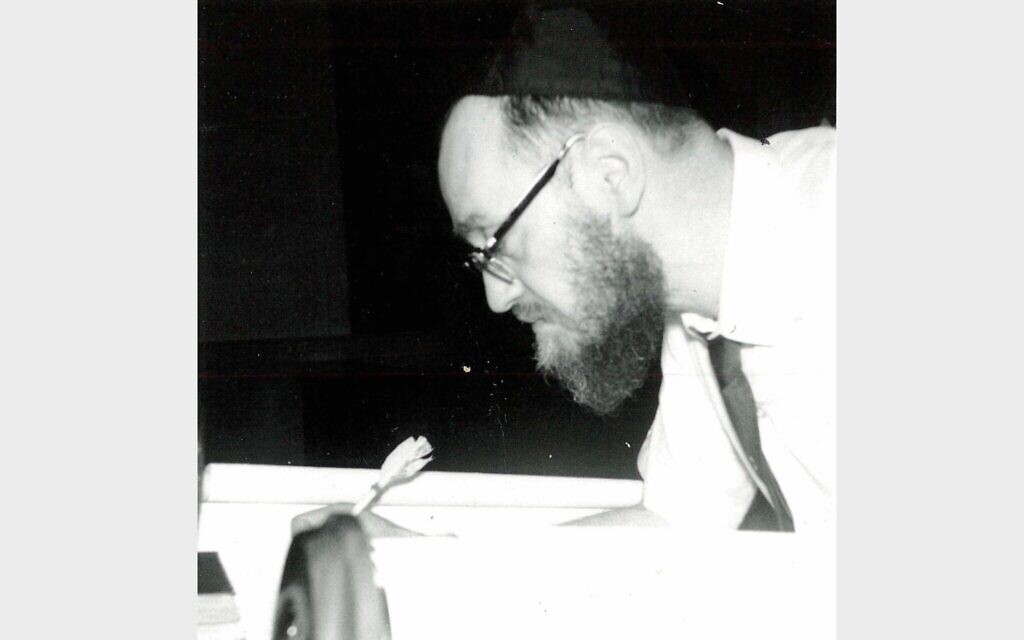 While reviewing photographs recently, I was told that the man seen here is Rabbi Hershel Pfeffer. Instantly, the meaning of the image was transformed in my mind. What had been a generic Jewish scene — a scribe completing a Torah — became heartwarmingly specific. Here was a beloved local spiritual leader, long before most of us knew him.

Rabbi Pfeffer passed away earlier this year at 98. When he arrived in Western Pennsylvania in 1944, he was a 22-year-old bachelor, a child of the Lower East Side and a graduate of Yeshiva Chaim Berlin in the Brownsville section of Brooklyn. He came to this region as an emissary of the Frierdiker Rebbe, Rabbi Yosef Yitzchak Schneersohn.

Between the wars, small towns like McKeesport and Brownsville accounted for nearly 40% of the Jewish population of Western Pennsylvania. Even into the early 1950s, between one-quarter and one-third of the Jewish population of this region lived outside of Pittsburgh. Throughout the 20th century, these small-town Jewish communities regularly sought the assistance of Pittsburgh rabbis. Sometimes they needed rabbinic inspiration or authority, but often they just needed people with certain practical religious skills — mohelim who could perform a circumcision, shochetim who could provide kosher meat, and soferim who could check and repair tefillin, and mezuzos, and Torah scrolls.

Temple Ohave Israel in Brownsville called Rabbi Pfeffer to town on May 24, 1964, for a twin siyum sefer Torah celebration. The congregation had purchased one Torah scroll. The other scroll came from the family of Danny Greenfield, who gave this photograph and other records from the Jewish community of Brownsville to the archives.

Accompanying the photographs and news clippings is a typescript of a speech delivered that day by his father, Max Greenfield, who was president of the congregation at the time. “This day comes as a great moment in the life of our congregation. A handful of loyal members are working hard to keep this congregation alive,” he said in an introduction. Later in the short address, he added, “We of Ohave Israel pride ourselves that our Shuel has, and shall continue to transmit the message of Sinai from generation to generation. We are comforted by the knowledge that our Congregation has never willfully turned its back upon sacred tradition, hallowed custom, and revered minhag.”

By the mid-1960s, a steep population decline had begun in many small-town Jewish communities. Brownsville continued as long as it could but sold its synagogue in the late 1970s. One of its scrolls went to Gemilas Chesed in White Oak and another went to Beth El Congregation in the South Hills, where it is used in the weekday chapel.

Every photograph shows an actual moment. In this photograph, where quill approaches parchment, a small-town congregation with nearly 60 years behind it, and an uncertain future ahead, was making a statement of it principles. To complete the task, it had called upon a nearby rabbi who possessed the ancient skill required for completing a Torah and who had come to this region specifically to help Jewish people at the margins.

Perhaps that particular story — the Torah scroll, the small-town congregation, the Chassidic rabbi — fails to rouse your spirit. But some other story certainly does. Every group — families included — has some document or photograph that captures its most closely held values. Those values are often encoded, and the key for deciphering the code is contained in your head. If you leave this earth before writing it down, it dies with you.

An unlabeled photograph is forever at risk of becoming a punch line about outdated hairstyles. But a labeled photograph is an invitation into the lives of the actual people who occupied your world before you did. Is there any easier, cheaper or more underappreciated way to promote Jewish continuity than to label your photographs? PJC 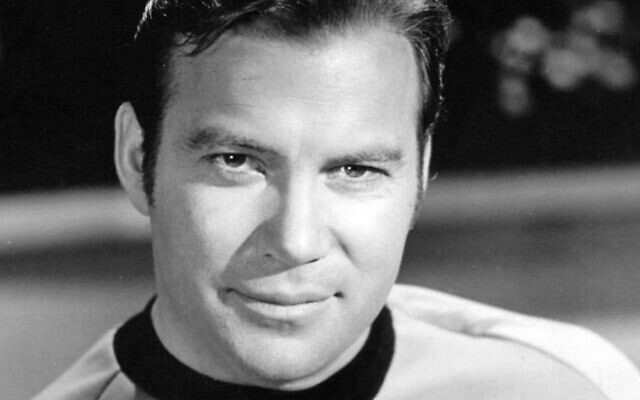 The final frontier
William Shatner, at 90, set to boldly go to space
By The Times of Israel Staff
Over 50 years since he first piloted the Starship Enterprise, Jewish-Canadian actor will reportedly take a real-life trip off-planet aboard Jeff Bezos’s Blue Origin rocket ship