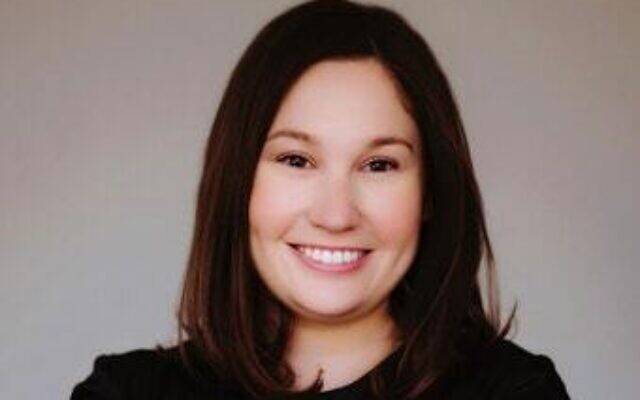 On Aug. 11, 2017, the country watched in horror as neo-Nazis and white supremacists attacked Charlottesville, Virginia. Three years later, as far-right extremists continue to spread disinformation, hate and violence, it’s clear that “Unite the Right” was a harbinger of what would follow — and that we still have much to learn from that weekend.

My organization, Integrity First for America, is supporting a coalition of Charlottesville residents in a federal lawsuit against the individuals and groups that orchestrated the violence. The trial is scheduled for October.

These extremists didn’t come to Charlottesville to peacefully protest the removal of a Confederate statue, as they claimed. Rather, for months in advance, in private social media chats, they methodically planned a weekend of violence. “Next stop: Charlottesville. Final stop: Auschwitz,” they wrote amid discussions of which weapons to carry and whether they could claim self-defense if they hit counterprotesters with cars.

And that’s exactly what happened. First, the violent tiki torch march, meant to evoke the KKK and Nazis, with chants of “blood and soil” and “Jews will not replace us.” Then, the next day, the attack on downtown Charlottesville, culminating in James Fields driving his car into a crowd of peaceful counterprotesters — exactly as planned in those chats — and killing one, Heather Heyer.

Charlottesville — and the many incidences of white supremacist violence that followed — were not accidents. They are part of a cycle in which each attack is used to inspire the next one, nearly always online: The white supremacist who killed 11 at the Tree of Life building in Pittsburgh communicated with the Charlottesville leaders on the far-right site Gab before his attack; the Christchurch shooter painted on his gun a white power symbol popularized by one of our Charlottesville defendants; the livestreamed Christchurch attack in turn inspired massacres in Poway, El Paso and elsewhere.

In all cases, the attackers were motivated by anti-Semitic and racist conspiracies, like the idea that the white race is being systematically replaced by Black and brown people — with Jews as the puppet masters.

Now, even during a global pandemic and a national reckoning on racism, the cycle continues. Far-right extremists have tried to bomb hospitals and turn the coronavirus into a bioweapon against Jews and other minorities. Others, like the white supremacist group Identity Evropa (a defendant in our Charlottesville suit), have spread disinformation — posing as “antifa” on Twitter to urge violence in white neighborhoods. Meanwhile, vehicle attacks have skyrocketed, with dozens reported since May, like the KKK leader who plowed his car into a crowd of Black Lives Matter protesters in Richmond, Virginia.

So how do we break this cycle? To begin, we must understand how these extremists operate.

We must acknowledge the central role of social media in allowing these white supremacists to connect and plan and promote violence. White supremacists are no longer meeting in the woods wearing white hoods. Rather they’re connecting online — turning social media into a place where extremists conspire before their car attack memes and other violent hate become real world action.

While there are some in power who seek to legitimize white nationalism — and the anti-Semitism, racism, Islamophobia, xenophobia and other forms of hate that fuel it — social media companies have no obligation to allow it on their platforms. For the sites that have built business models on platforming extremism, domain registration and web hosting services can act.

Second, we need to understand how these white supremacists use disinformation and deception to pit communities against one another.

The fake antifa tweet was intended to fuel racial tensions, pitting white neighborhoods against Black Lives Matter protesters in an effort to undermine the critical message of the protesters. This is the same tactic we saw when white supremacists posed as Jews online to spread anti-Black hate and sow tensions between our communities. It’s all part of a larger effort to distract and deflect — a tactic used frequently by the Unite the Right leaders.

Finally, we must treat the crisis of violent extremism with the urgency it deserves.

Anti-Semitic and other forms of extremism tend to fall out of the news and off people’s radar until the next attack. This is compounded by the federal government’s cuts to counterextremism resources and reduced civil rights investigations.

Which is why brave private plaintiffs like ours are especially vital. With this Charlottesville lawsuit, we are taking on the leaders and groups at the center of this movement, holding them accountable in court for the violence they orchestrated, with the potential to bankrupt and dismantle them through large civil judgments.

Three years after Unite the Right, history continues to repeat itself. When the leaders of this violent movement are put on trial this fall, our plaintiffs will take a critical step toward breaking this cycle of violence. But this country will fail them, and the Charlottesville community, if we don’t finally take the lessons of that horrific weekend to heart. pjc

Amy Spitalnick is the executive director of Integrity First for America, a nonpartisan nonprofit organization. This piece originally appeared on JTA.org.