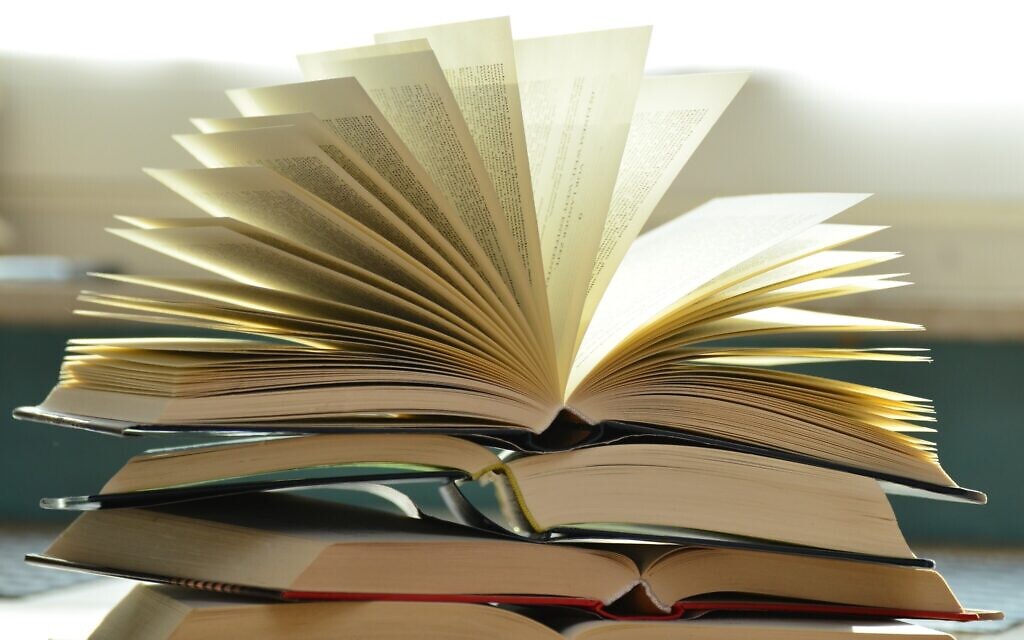 David Baddiel’s new book “Jews Don’t Count” wasn’t reviewed by The Guardian, Great Britain’s premier — and progressive — daily newspaper. The Times, The Independent and The Telegraph reviewed it (and reviewed it well, according to Baddiel), but The Guardian didn’t touch it.

The British author and comedian believes the reason for this is simply that, to those left-of-center, Jews don’t count. 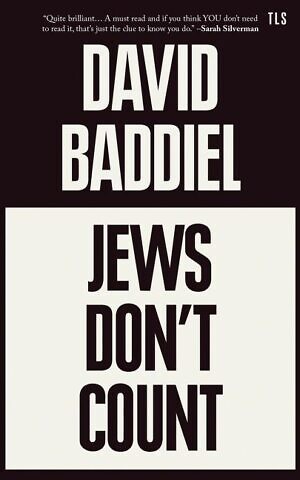 For The Guardian to ignore a book shedding light on the tendency of progressives to overlook antisemitism — well, it just illustrates Baddiel’s point.

Though “Jews Don’t Count” made its British debut in February, Baddiel freshened it up for its United States release on Sept. 7, incorporating more U.S.-friendly examples and addressing the May flare-up of violence in Gaza.
Baddiel builds his argument on the idea that antisemitism is racism. Though there’s no place on the British (or U.S.) census categories of race or ethnicity to select “Jewish,” Judaism is more than just a religious identity, he argues. As an atheist, Baddiel is reluctant to call himself part of the Jewish religion, though he strongly thinks of himself as a Jew ethnically.

Yet for white supremacists, who marched down the streets of Charlottesville, Virginia, in August 2017 chanting “Jews will not replace us,” it’s clear that Jews are not accepted as white, despite many identifying as such, argues Baddiel.

“Racists will always think that Jews are subhuman vermin; that’s what racism is,” Baddiel said. “Whether or not there’s a notion of Jews as a race.”

This argument is a hairy one, as it excludes Jews of color who experience racism in addition to antisemitism, and who encounter racism from within the Jewish community.

Baddiel knows this and opts to avoid the topic almost completely, save for a footnote explaining his reasoning for excluding this demographic.

“I have had a criticism of this, and I’m perfectly happy to acknowledge that criticism,’’ Baddiel said. “But at the end of the day, the book is a thesis and a polemic.”

“Jews Don’t Count” is part of a Times Literary Supplement series of essay books. Lee Child, author of the Jack Reacher series, wrote the first in the series, and TLS asked Baddiel to write another. The book doesn’t include interdisciplinary research or the opinions of experts; at the most, he shares several tweets, some to which he’s angrily replied.

Baddiel’s Twitter bio is even a bit tongue-in-cheek. “Jew,” it reads.

Baddiel had never tried to hide his Jewishness.

“I don’t have shame, much, as an emotion because I’m a comedian,” Baddiel said. “And one of the first things I wanted to do was use my Jewishness in my comedy.”

There aren’t many Jewish comedians in Britain who do this, Baddiel believes. He lists a few in the book, which he’s almost certain will be unknown to his American audience, but Baddiel’s point stands.

Though Baddiel has never been ashamed of his Jewish identity, he has been threatened for it, something that sets him apart from other Jews in Britain who are much quieter about their Jewish identities.

Baddiel recalled a dinner party at a rabbi’s house that he attended about a decade or so ago. He and the guests began talking about antisemitism. Some said they had never encountered it. Baddiel was irked.

“You know why? Because you’ve never come out publicly as Jewish. I’m the only person around this table, apart from the chief rabbi, who comes out and talks about being Jewish,” Baddiel said.

The other week, Baddiel received a message from an 18-year-old college student who’s progressive and politically involved. For the past two years, the young man was afraid of bringing antisemitism into discussions around discrimination, fearing he wouldn’t be taken seriously. “Jews Don’t Count” changed that for him:

“He then read the book and said, ‘Now I won’t do that. You’ve given me a way of talking about it.’”

Despite so many Jews reading and reacting positively to the book, it wasn’t intended for them. Baddiel hopes that non-Jewish white progressives will read “Jews Don’t Count.” For those left-of-center, who stand in solidarity with other oppressed groups, Baddiel hopes they can make room for just one more.

In the first sentence of her autobiography “Real Estate,” out now from Bloomsbury, Deborah Levy buys a banana tree. What she really wants to buy is a house (hence the title of the book) but is unable to given her modest income as a writer, even a successful one who has published many other works of fiction, an autobiography and plays. 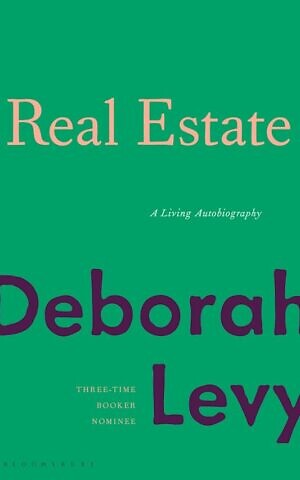 The banana tree, growing in a pot in the bathroom of Levy’s “crumbling” London apartment, becomes a consistent figure throughout the book that otherwise wanders both geographically, as the writer travels to Mumbai, Paris, Berlin and Greece, and thematically, as she explores motherhood, love and feminism.

When “Real Estate” opens, Levy, who was born in South Africa to a Jewish father and English mother, is approaching her 60th birthday, her youngest daughter is about to leave for university and she is reckoning with the idea of living alone in the apartment that she started renting after the end of her long marriage.

She dreams of “a grand old house” with “fountains and wells, remarkable circular stairways, mosaic floors, traces of the rituals of all who had lived there before me.” But, as Levy writes, “I could not place it geographically, nor did I know how to achieve such a spectacular house with my precarious income.”

So she buys a banana tree, which her daughters lovingly refer to as Levy’s “third child,” as well as many other luxurious items that she hopes to one day fill her dream house with.

“Real Estate” is interested in the material world, but Levy manages to come across as unmaterialistic. Rather, the descriptions of her Afghan horse sculptures, silk sheets and sage green shoes are simply reminders of the worth of surrounding ourselves with beautiful things when we are able to.

And finally, Levy is able to do so. Upon receiving a sexist comment from a male writer about the “lateness” of her professional success, Levy reflects on how long it took for her to be recognized for her writing because of all that she was up against as a young woman, and mother, in a patriarchal literary world. Spending her hard-earned money on things that she wants — even if she can’t buy a house — is a way Levy asserts her independence.

While she values her material objects, it is ultimately clear that relationships are the most important things of all to Levy. After she accidentally throws away the lovely presents she purchased for her friend’s birthday — a fountain pen, candied chestnuts and cicada-shaped soap — what matters most is that she still showed up to the party. At a dinner, she is entranced by a friend’s emerald earrings, but even more so by their long, far-ranging conversation. She buys new plates and cutlery for her temporary apartment in Paris for the purpose of being able to share a meal with new friends.

In the final paragraph of “Real Estate,” Levy writes, “I suppose what I most value are real human relations and imagination.”

The house that Levy dreams of is only a figment of her imagination. As a writer, she can’t buy sprawling real estate. But what she can do as a writer is imagine it, as she does in the “The 18th,” a short story about buying a mansion in Paris included toward the end of “Real Estate.”

“The 18th” illuminates just how much Levy has offered in her autobiography. The fictionalized story is filled with details from the writer’s real life that we became privy to throughout the book. “Real Estate” provides a rare look at not only how a writer lives — the objects she buys, the people she sees, the things she talks about — but also how that life makes its way into skillful, thoughtful work. PJC

Eleanor Linafelt is a contributing writer to the Jewish Exponent, an affiliated publication where this first appeared.