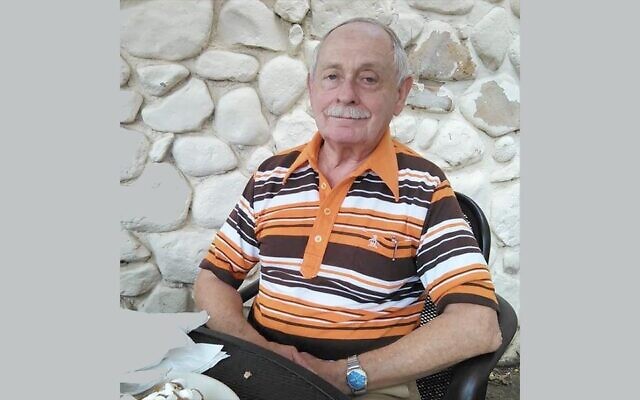 Alvin Catz is the perfect archetype of a Conservative Jew.

Deeply concerned about the movement’s commitment to observance and rituals but keeping an eye on modernity, Catz has served as the chair of the ritual committee at Beth El Congregation of the South Hills since 2000.

During his tenure, he has worked with hundreds of b’nei mitzvah families and helped Beth El members adapt their practices and rituals to meet the standards of the congregation.

After two decades, Catz is stepping down from the committee. In an email to members, the congregation welcomed Tracey Ziev as its new ritual chair.

“It’s something to be proud of, but it’s time to let someone else do it,” Catz said.

Catz, 81, has seen numerous changes at the synagogue over the years, including a shifting demographic comprising the congregation’s membership.

“Over the last 20 years, there has been a significant increase in the portion of our membership that has come from intermarried families,” he said.

The changes taking place within the congregation have been rapid , Catz said, but he acknowledged that even rapid changes at a synagogue often occur at a snail’s pace. These changes have forced the ritual committee to grapple with how the congregation participates in Jewish life.

Catz said he can recall a time when a non-Jewish spouse of a member was not allowed on the bimah and when women were not counted as part of a minyan.

“Now, non-Jews have access to honors at Beth El, for instance,” he said. “It’s only been in the last few years that a non-Jew could open the ark or carry a Torah. Ten or 20 years ago that was unheard of. It’s revolutionary, but I guess it’s more evolutionary.”

For all but two of the years he served as chair of the committee, Catz worked with the congregation’s current senior rabbi, Alex Greenbaum. The pair share a close relationship, Catz said, that typically includes weekly lunches where he serves as a sounding board for Greenbaum.

Beth El is often on the cutting edge of the Conservative movement, said its president, Susie Seletz, who pointed to the congregation’s use of technology to stream services long before COVID-19 forced the widespread acceptance of Zoom minyans, as an example.

The ritual committee plays a prominent role at Beth El, maximizing member participation and serving as an advisory committee to the senior rabbi as well as offering educational opportunities to those interested in expanding their ritual knowledge, Seletz explained.

“We are definitely focused on providing a meaningful spiritual experience for our whole congregation,” she said.

Catz believes that way changes have occurred at the congregation are a hallmark of Conservative Judaism – taking small steps but allowing for a natural progression in practice and ritual.

He credits Beth El’s members, specifically families celebrating b’nei mitzvahs, for some of the changes. Over the last two decades, Catz has met with close to 500 families. Ideas for change in the congregation often originate in those meetings.

Catz’s commitment to Conservative Judaism is shared by his family. He is a past president of the Beth El, as is his wife, Sheila. His daughter, Leah, has been a High Holiday soloist at the congregation and his son, Sheldon, currently serves as the ritual services chair at Congregation Beth Shalom in Squirrel Hill.

Ziev is excited to take the helm of the committee.

“I am deeply passionate about Jewish ritual and about our traditional liturgy,” Ziev said. “For me, ritual is such an enriching experience in my life. I want other people to love ritual. I care a lot about finding forms of rituals that work for people who connect in different ways to themselves, to community and to God.”

Ziev comes on board as chair during an interesting time for the congregation and for Conservative Judaism, as halacha is being reinterpreted in the face of the pandemic. She believes some of the changes taking place are permanent and will have a positive effect on the movement.

“All these people that can’t normally join us for services, we get to see their smiling faces on the screen,” she said. “We will never go back to where there’s no way for those people to play an active role in our community.”

In addition to the changes taking place in the ritual committee, longtime member Andy Reibach has been named as the congregation’s senior gabbai, tasked with ensuring services run smoothly.

“I’m looking forward to helping make the day special for someone celebrating a simcha,” Reibach said.

Catz believes he leaves a legacy of stability and organization as a result of his years of service to Beth El.

“The ritual function has been performed consistently over the years, moving slowly toward modernization that recognizes the participation of non-Jews,” he said. “It’s been slow, steady progress, not a knee-jerk reaction. I think I’ve been the captain of a very steady ship.” PJC