Elan Sokol with his son Zishe at PNC Park in 2017. Photo courtesy of Elan Sokol.

The way Mike Roteman sees it, baseball has divine influence.

Roteman has made baseball his lifestyle. The Florida snowbird serves as president of the Pirates Bradenton Booster Club, works at the Pirates Fantasy Camp each spring and even wrote three fiction books centered around a character who plays for the Pirates. 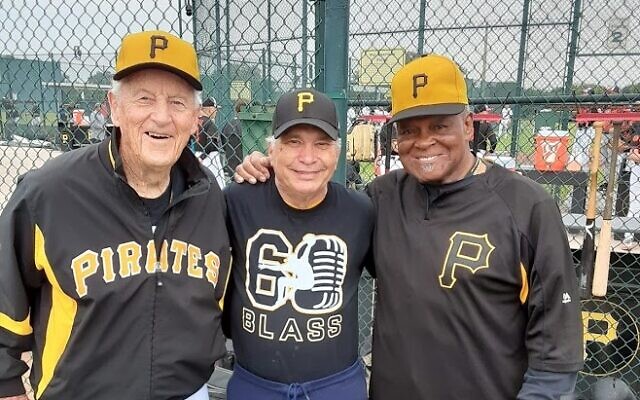 So the pause on baseball this year hit him hard. He tried to make up for it with quarantine-friendly activities, but it hasn’t been easy.

“Only so many books and only so much television one can watch,” he said.

But now that baseball is returning in an abridged, 60-game season beginning July 23, Roteman is already scheduling his summer around the sport.

“I probably will not miss a single game on TV,” he said. “And as soon as they open up the ballpark to fans, if they do, I’ll certainly be there.”

“It won’t be as exciting — I’m gonna be honest with you — but I’m a baseball junkie and I have to get my fix,” said the Squirrel Hill resident.

Bahary, 58, roots for the wrong team — the “DACUBS” license plate on his car reveals his allegiance. “But I’ll root for the Pirates when they’re not playing the Cubs,” he said.

For the past 50 years, Bahary has seen at least one game at Wrigley Field during baseball season. This year will end his streak. 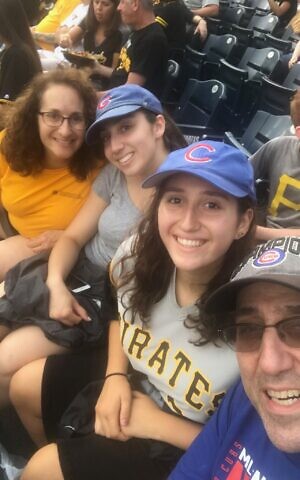 While the physician is disappointed he won’t be able to go to Wrigley or PNC Park this summer, he wouldn’t want to do otherwise.

“I love baseball, but it’s still, in the end, a game,” he wrote in a message to the Chronicle. “So much else is far more important, and how much more obvious is that in these days of COVID… I am 100% behind no fans and whatever else is needed to keep us healthy.”

Elan Sokol, also of Squirrel Hill, wonders whether the teams will even be able to make it through the season.

“On the one hand, I do miss baseball,” said Sokol, 41. “On the other hand, I feel like baseball coming back the way it is, there’s a lot of uncertainty. Is it going to survive the 60 games?

“If you would’ve hit me up a year ago before the season started, there definitely would be a lot more excitement in my voice,” he added. “I anticipate that I’m gonna be watching a lot less baseball than I normally do.”

Baseball will look different this season: A designated hitter in the National League, a runner starting on second base in extra innings and a three-batter minimum for pitchers, among other changes.

Sokol said he feels indifferent toward the rule changes, though he added, “If they feel that it’s going to make baseball better for the fans, then I’m all for it.”

The Pirates resumed training at PNC Park in advance of the team’s first game: July 24 against the St. Louis Cardinals at Busch Stadium.

With such a short season, this could be the Pirates’ moment.

“It’s like the home stretch of the regular season,” said Roteman. “We’re still in contention with two months of the season to go.”

While Sokol doesn’t know how much he’ll watch this summer, he sees the return of America’s pastime as a positive.

“The world right now is a crazy place, our country is extremely polarized — maybe we need baseball,” he said. “I hope that baseball can somehow unite us.” PJC