Before the rabbi joined the Jewish Association on Aging in April 1995 as director of pastoral care, he served as a U.S. Army chaplain. For eight years, he counseled soldiers in Washington state, New York and overseas in Germany, just as the Berlin Wall fell.

“I wanted to gain good experience so I could get a position at a hospital or a home for the aged,” said Seidman, 66, of Squirrel Hill, whose final day with JAA falls on Simchat Torah, Oct. 11. “It really gave me joy when I applied here to work with the elderly.”

Seidman, the son of a schoolteacher and a rabbi who served Hillel at George Washington University, grew up in Washington, D.C., and was ordained by Yeshiva University in 1980.

When his chaplaincy with the military ended, he and his wife, Terri, who was raised in Columbus, Ohio, had two young children.

“We were looking for a friendly, supportive community and Pittsburgh fit the bill,” Seidman said. “We’re adopted Pittsburghers.”

At JAA, Seidman became a jack of all trades, counseling residents and aiding with life and death rites, as well as leading services and helping guide the staff as the community celebrated holidays — both Jewish and secular. There, he gained quite a reputation, fellow staff members said. 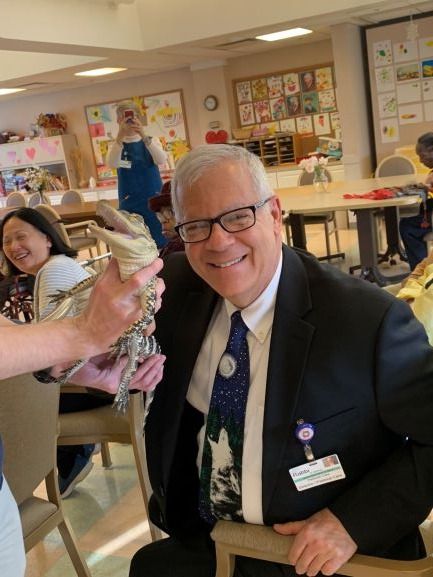 Rabbi Seidman with a visiting alligator (Photo provided by the JAA)
“He’s a strong character but he’s very approachable,” said Sharyn Rubin, JAA’s director of resident and community services. “He wears these silly ties, these thematic ties, for every holiday. He walks around in costume. Some people, when they [see a] a rabbi, they look up and gasp. With Rabbi Seidman, they smile. … He’s like the common denominator and the staff here have tremendous respect for him.”

“No one was better suited for the job,” JAA President and CEO Deborah Winn-Horvitz said. “All of us who know and admire him will certainly miss his affable approach and ability to share perfect words of encouragement and support when we needed them most. We wish Eli and Terri every wonderful moment they have ahead of them. And we thank the rabbi for his extraordinary service to our community.”

Seidman said his father had a large influence on his work.

“My role model was my dad,” Seidman said. “He wasn’t a rabbi in a pulpit setting. He was a rabbi in the chaplaincy sense.”

At the JAA, Seidman stressed, he needed to be many things for many people — not just Jews of different beliefs or schools of thought, but for Christian residents and atheists as well. 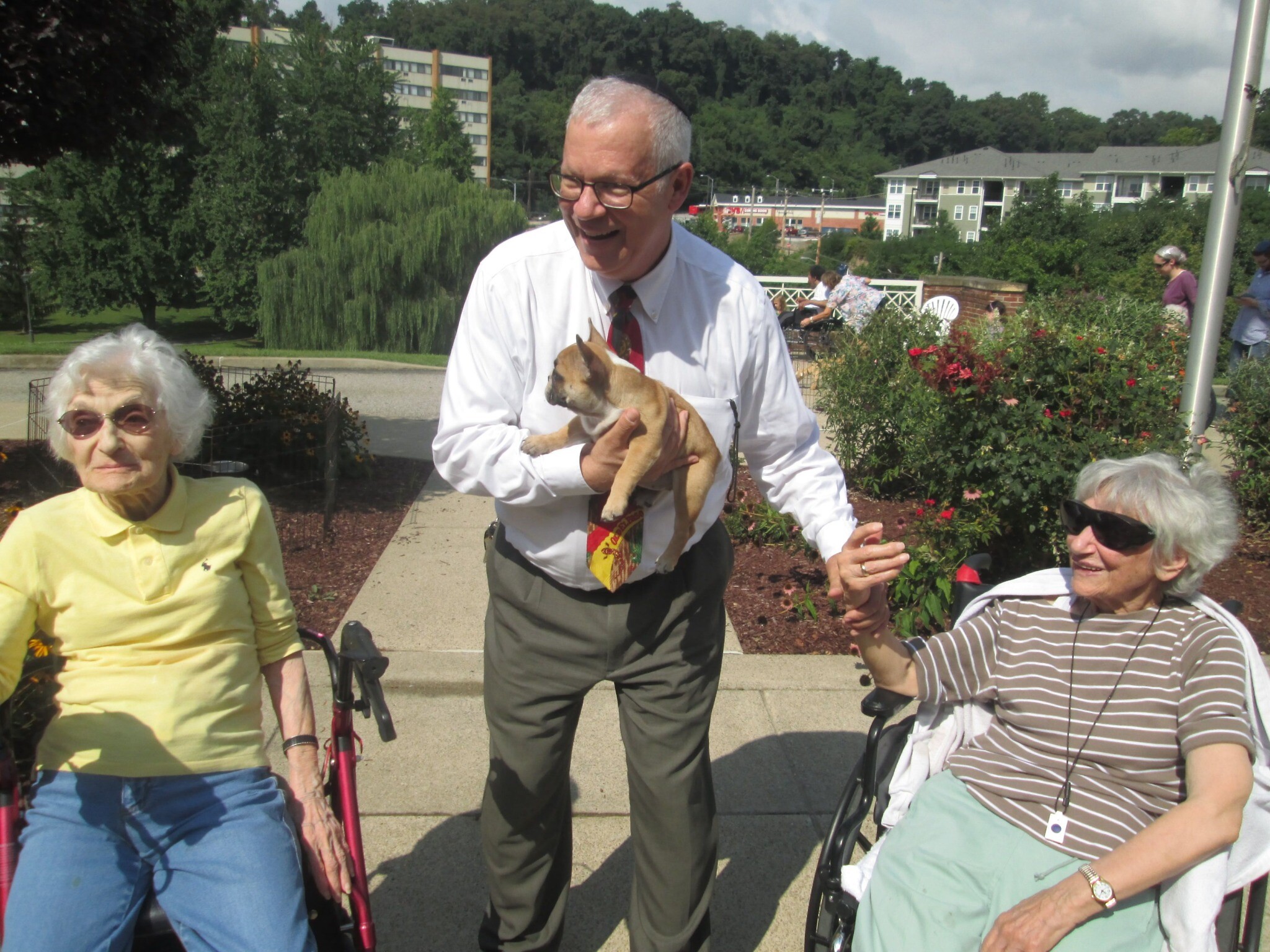 “Everyone is a spiritual being,” he said. “That’s what my Army chaplaincy taught me.”

To that end, Seidman conducted modified services for everything from Thanksgiving and the Fourth of July to Martin Luther King Jr. Day.

“I tried to get everybody together under the banner of ‘We are all children of God,’” Seidman said.

Seidman has an ability to transcend boundaries, religious divides and all sorts of labels, according to Rubin.

“He was all of the things you’d want a rabbi to be,” she said. “He’s not above being a bingo caller. He’s just very involved. It’s a hard act. But he had the ability to be rabbinical and approachable — and that’s not easy.”

In addition to his work at the JAA, Seidman served as a chaplain part-time at two Pennsylvania state prisons and also counseled Jews for 18 years through the Jewish Residential Services agency. While he plans — at least for now — to stay in Pittsburgh, he also wants to stay active and is looking forward to the volunteer opportunities that present themselves after the COVID-19 pandemic.

“I’ve seen the JAA grow and I’ve seen a lot of changes here — that’s been very heartwarming to me and very encouraging to me,” Seidman said. “I think nothing lasts forever and no one is irreplaceable. I hope to see the JAA continue to grow and be involved in spiritual growth.”

The JAA has not yet named a replacement for Seidman. PJC