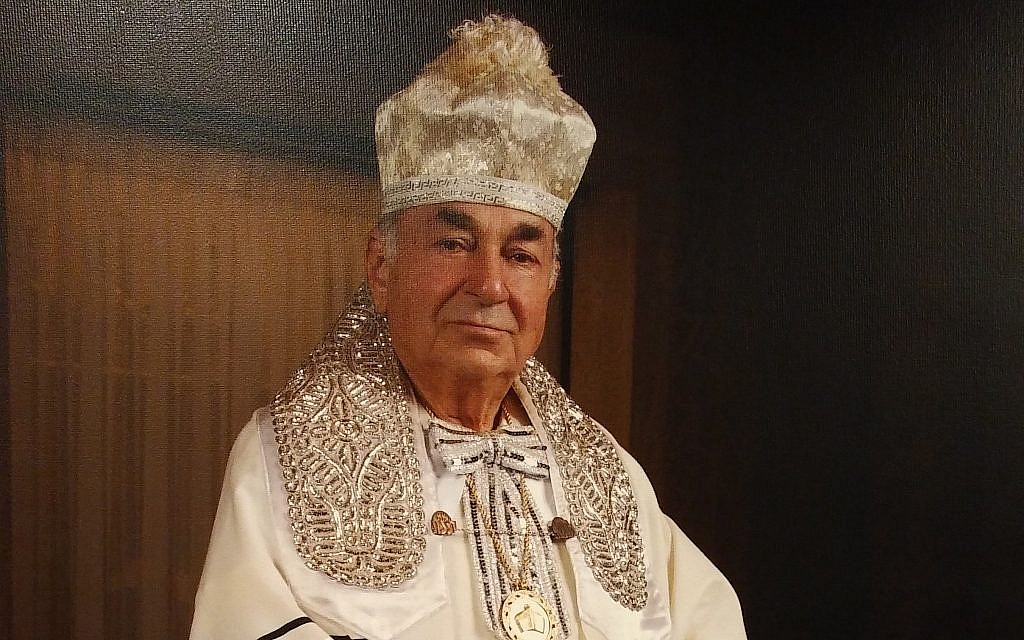 This past week, the Jewish community of Pittsburgh lost one of its brightest jewels — Cantor Moshe Taube. Recognized throughout the world as among the great pulpit artists of the second half of the 20th century, he chose to spend the bulk of his career in Pittsburgh.

His reputation as a celebrated singer extended throughout the city. A Juilliard graduate, his magnificent voice earned him a longstanding position as a vocal instructor in the School of Music at Duquesne University. Colleagues from throughout the country often told me of visits to their synagogues from Pittsburghers who proudly proclaimed to them after services, “You’re pretty good, but my cantor is Moshe Taube.” At Cantors Assembly conventions, Taube was one of a select few that colleagues asked to hear each year.

Born in Krakow, Poland, he was fortunate to have been in the select group saved by Oskar Schindler during the Shoah.

When Taube came to Pittsburgh in the mid-1960s, highly skilled, prominent cantors were to be found throughout the city: Hillel Brummer at Poale Zedeck, Mordecai Heiser at B’nai Israel, Jacob Lefkowitz at Shaare Torah (his son, David, went on to serve as hazzan at Park Avenue Synagogue in New York City) and Harry Silversmith at Tree of Life. All of these men are now of blessed memory.

As a native Pittsburgher, I was fortunate to have been one of Taube’s disciples. I spent semester and summer breaks from cantorial school at the Jewish Theological Seminary studying with him. No one had a greater influence on my cantorate. The more I learned about cantorial artistry, the more in awe I was of his talent.

Less known about Hazzan Taube is that he was a prolific composer. Virtually every note sung at Beth Shalom over the decades was composed by him — cantorial renditions, congregational melodies and choral works.

One of the hallmarks of his solo compositions is that they always included a tuneful refrain, enabling the congregation to join in. When asked about his style, Taube would comment that he was influenced by the late, great cantor Leib Glantz. Like Glantz, Taube’s hazzanut conveyed an aura of mysticism. A perfect example is his setting of “Ahavti,” from the Psalms of Hallel, which can be found on YouTube.

The greatest cantors are masters of improvisation. The nusah (the musical modes and motifs unique to each service) set certain boundaries. The skilled hazzan is tasked with improvising, while remaining within those parameters. While a lay prayer leader is likely to chant a text the same way each time, the skilled hazzan never does. Our liturgy is fixed. While many worshipers yearn for familiarity, it is the ability to vary the chanting of the liturgy that keeps the service fresh and stimulating. Few could improvise nusah like Moshe Taube.

Even in his 90s, Taube maintained impeccable control over his voice, continuing to sing with clarity, beauty and dignity. His coloratura remained flawless. As a personal favor, I asked him to chant the Kel Maleh at the funeral for my father, who passed away two years ago. My son, an accomplished musician and faculty member at the cantorial schools of JTS and Hebrew Union College, was astonished by how Taube’s singing remained completely on the mark in every way.

In all walks of life, we look up to those who are the very best practitioners in their chosen professions. In the sacred vocation of the cantorate there have been few who could match Moshe Taube. His passing leaves a void in the lives of his colleagues and admirers. I will remain forever grateful for the manner in which he elevated and inspired my career. PJC