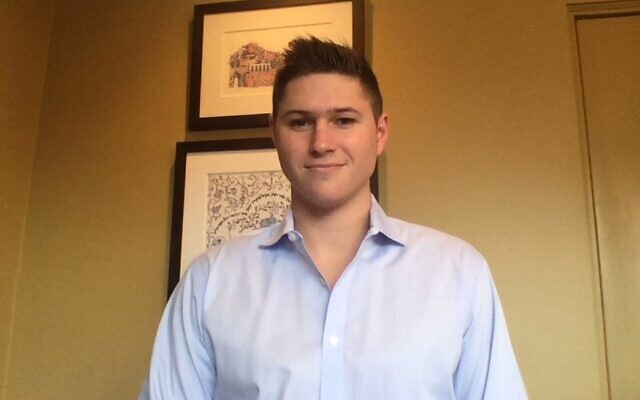 Groff graduated from Community Day School, Shady Side Academy and then Amherst College, in 2019. After briefly returning to his native Pittsburgh in 2019, he relocated to Washington, D.C., where he interned for Sen. Bob Casey and worked for the American Israel Public Affairs Committee.

Groff, whose mother is Israeli, said his Squirrel Hill upbringing included a lot of involvement in the local Jewish community — services at Shaare Torah Congregation, which his father still attends; Jewish day school from kindergarten through eighth grade; and basketball at the JCC among them. All of those experiences, he said, pointed back to the Federation’s influence.

Since returning to Pittsburgh from Washington, D.C., earlier this year, Groff has been volunteering for 412 Food Rescue. He also helped stage “an EKC-style summer camp” this year on family property in upstate New York, he said.

In addition to focusing his efforts on steering the council through the intricacies of COVID-19, Groff is looking forward to further developing relationships with other area nonprofits, collaborating with the 412 Black Jewish Collaborative and establishing a “campus advocate” at Carnegie Mellon University and/or the University of Pittsburgh, he said.

“We want all those Jewish voices to leave an impression,” Groff said. “When Jewish voices get heard, I think good things happen in Pittsburgh.”

Groff said he’s excited to join the Federation team and has “a wonderful rapport” with Cherner.

She echoed his enthusiasm.

“We are thrilled to have Dylan on board as our CRC associate,” said Cherner. “His prior work experience in local government and with Israel advocacy groups make him a tremendous asset to the CRC and will allow us to build upon the important work already taking place. His portfolio will have a particular focus on combatting anti-Semitism on college campuses, as well as engaging young adults in our community with the work of community relations.” PJC