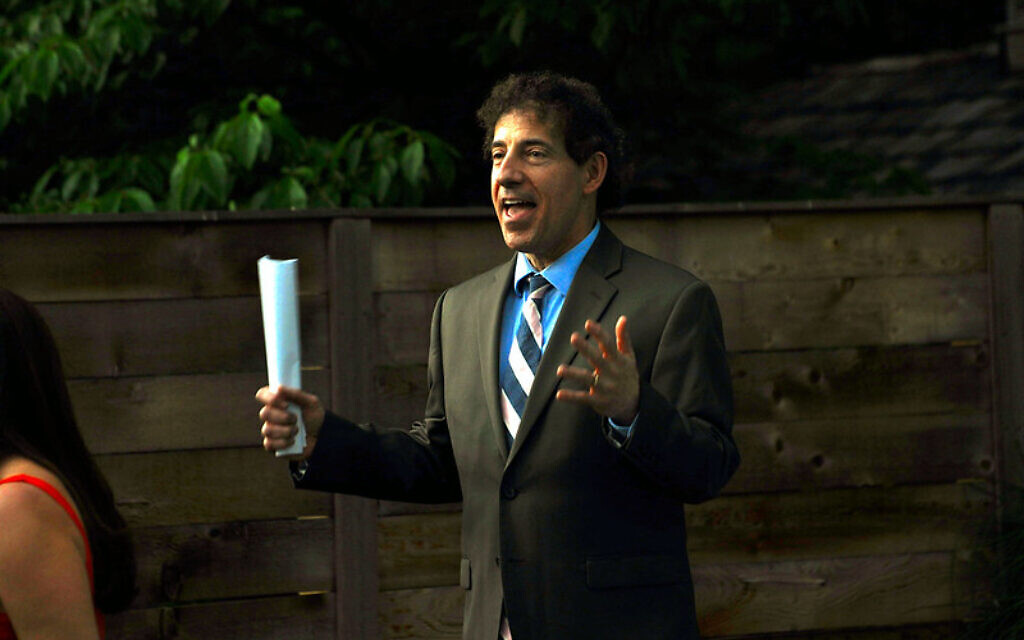 Watching the Senate impeachment trial of former President Donald Trump, and all of the traumatic footage that the House impeachment team showed to make their compelling case, I couldn’t help but think of our 11 beloved neighbors whose lives were ended by a white supremacist invading another sacred space.

Engrossed in the images of the trial, I was overwhelmed by the absolute horror of it all. At the same time, I also marveled at the miracle that was unfolding on television before my family and me.

There, on the floor of the Senate, the House impeachment manager — a gentle Jewish soul named Jamie Raskin — was speaking truth to power as he pleaded the case that former President Trump was guilty of incitement to insurrection. Rep. Raskin was leading an impeachment team that included Asian Americans, Black Americans, Latino Americans, and LGBTQ Americans — just like my own family.

If you haven’t digested the miraculousness of Rep. Raskin’s presence on the Senate floor, please take a moment to let this sink in:

In America, Jews are free to speak in the hallowed halls of Congress, on behalf of the Americans they represent, even when they and a diverse impeachment team are seeking the conviction of the former — and Christian — leader of the free world. Never has another country in world history given our people such freedoms. The preservation of these freedoms is paramount to the Jews’ very survival.

That’s why at the end of the night, I wrote this heartfelt letter of appreciation to Rep. Raskin:

I want to fervently thank you and your entire impeachment team for the master class in legal advocacy, integrity, and goodness you displayed for our world, our nation, and especially our children. Words cannot express how grateful I am.

My dear son, who just had his bar mitzvah in the midst of this pandemic a few months ago, is a deeply sensitive soul. Since Trump’s shocking electoral victory in 2016 when my son was nine years old, my son has suffered from acute anxiety. We live in Squirrel Hill, Pittsburgh, just blocks away from where the Tree of Life shooting took place, so his childhood has been directly impacted by Trump’s vicious lies, virulent hatred, white supremacist glorification and incitement of deadly violence.

Thank you for showing my beautiful boy — and all of us — what justice looks like. You have shined a powerful light on Donald John Trump that is critically important for all the world to see. We are so proud of you and the American values and the Jewish values you represent.

I think often about what your son Tommy Raskin (z”l) used to say. It is, indeed, hard to be human. It is made easier, however, by making the journey alongside good souls like you.

Sending much love to you, your family, and your entire impeachment team.

In his closing statement, Rep. Raskin quoted Thomas Paine — the namesake of his son Tommy, who died Dec. 31, 2020 — stating, “The mind once enlightened cannot again become dark.” In a related observation, the Lubavitcher Rebbe, Rabbi Menachem Mendel Schneerson of blessed memory would often quote, “A little bit of light dispels a lot of darkness.”

Our Jewish community in Pittsburgh has been through an almost unbearable amount of suffering in recent years. As we continue to honor the lives of our 11 beautiful neighbors, may we shine forth their light so that, together, we can help illuminate — and repair — our precious fractured world. PJC

Elinor S. Nathanson is a writer, performer, producer and activist.