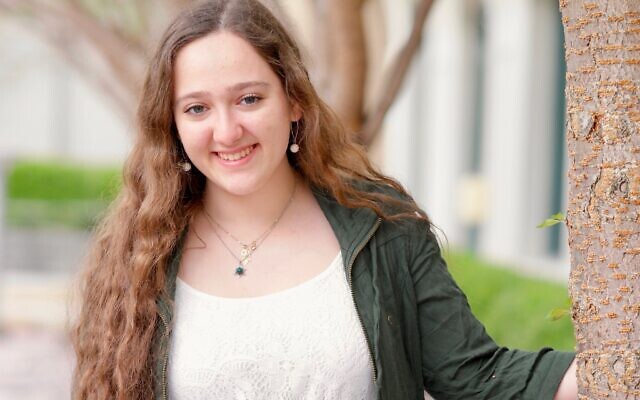 As September creeps on, the High Holidays remind us of the sweet taste of a new year and the chance to improve ourselves for the future. Many people begin to dread the annual Yom Kippur fast — 25 hours without food or water marking the promise to be a better person in the coming year. Yet I prepare for a different sort of promise — a covenant with myself to begin feeding my soul and my body, to recover from the disordered eating I’ve struggled with the past six years.

Since high school, I’ve been lost in a cycle of bingeing and restricting, eventually leading to a year of “self-correction” by counting less than a thousand calories a day. I went from eating too much to eating not enough, from one side of the spectrum to the other. I was only ever too full or too empty; if I was merely satiated, I was not content. Fasting on Yom Kippur is traditionally intended to be an act of self-punishment as repentance for past sins or a quest for clear-headedness leading to enlightenment. For me, fasting on Yom Kippur will never again be about asking for repentance or seeking enlightenment, but will rather become a preparation for my real act of penitence and healing: choosing to break the fast safely.

Two years ago, I would have broken my fast by eating too much at the break fast, mentally justifying it by thinking of how I hadn’t eaten all day. I would have lost all sense of control, only stopping when the embarrassment of eating so much in front of others overpowered my desire to have it all. Then I would have come home and eaten still more because I would not have felt whole until every crevice within me was filled, leaving no room for self-doubt or shame to dwell within. And that’s exactly what I did for five years.

If I had broken my fast two months ago, I would have eaten nothing at the break fast, giving in to the voice in my head telling me that if I only made it a little longer without food it would be a perfect day, with zeros on all the registers and nothing to feel guilty for. I would have reveled in the worried looks and accusatory questions of “Aren’t you hungry?” Then I would have come home and eaten still nothing because I would not have felt whole until there was too much empty space within me, opening an abyss to swallow the self-doubt and shame. And that’s exactly why I lost 15 pounds this past summer.

Fasting is no longer a challenge when you’ve been willingly training for starvation, when being hungry has become your hobby. Hunger pangs have alternatively been white flags in the battle for my self-control and victory trumpets in a war of friendly fire. I have used them as permission to eat everything I had been restricting and I have used them as a source of twisted pride in just how much I could restrict. They have simultaneously been my salvation and my damnation, both the life vest keeping me barely buoyant and the waves calmingly pulling me under.

This year, Yom Kippur for me is about revitalization and rebirth. Our fates are sealed in the Book of Life and it is decided who will live and who will die in the new year, but I know a part of me has already died over the past six years as I have abused my body and dimmed my soul. This coming year, as I step gently into recovery, I hope the rest of me may be reborn — a renaissance of body, spirit and soul, my most holy, most personal, most worthy temples.

When I break my fast this year, I will eat to satiety, sealing my promise to properly nourish my body and soul in the new year. I will enjoy the company of those around me and be thankful that I have fresh, nutritious food to eat every day. Then I will come home and maybe eat more, or maybe not, because I trust my mind and my body and I know that I have no reason to doubt myself and nothing to be ashamed of.

I have spent enough time fasting over the past six years to fill decades of Yom Kippurs. It is time for me to break my fast, once and for all. PJC

Dionna Dash, originally from Philadelphia, attends the University of Pittsburgh, where she studies communications and linguistics and serves as the vice president of Pitt Hillel’s student board.