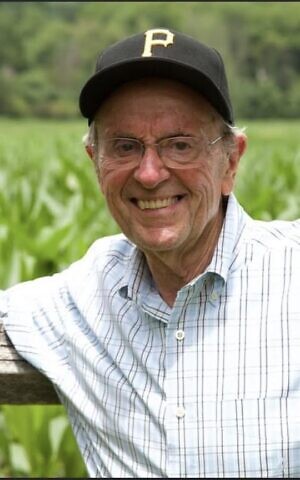 ROSENSTEIN: Yale Rosenstein, age 89, passed away peacefully on Friday, March 11, 2022, with his family by his side. Yale was born in Pittsburgh, grew up here and raised his family here. Yale is survived by his loving wife, Barbara, of 67-plus years and by his three adoring children, Sharyn (Paul) Marcuson, Rabbi Yaakov Rosenstein and Edward (Randi Blanco) Rosenstein. He was the brother of the late Dr. David and the late Beth Verman Rosenstein of Albuquerque, New Mexico. Devoted grandfather of Shoshana (Doniel) Zimmerman, late Thomas Rosenstein, Shlomo (Sarah Leah) Rosenstein, late Simcha Rosenstein, Moshe (Shevi) Rosenstein, Eli, Yehudah; Isaiah and August Rosenstein, and Joy Marcuson. Proud great-grandfather of Zev and Shua Rosenstein, and Yisroel Meir, Rivka, Moshe, Chaim, Menachum and Adel Miriam Zimmerman. Also survived by loving nieces and nephews. Yale started dating the love of his life, Barbara Freed, when she was still in high school. They married in 1955, just before Yale went to the Air Force. This launched a lifelong story of love, mutual respect, help and partnership. Yale was a successful certified financial planner for over 45 years with Lincoln Financial Group. He was also deeply involved in the community. He served as president of Congregation Beth Shalom and of the Squirrel Hill Urban Coalition and was involved in and cared about many local and national Jewish organizations, charities and institutions. Services were held at Congregation Beth Shalom on Monday, March 14. Interment Beth Shalom Cemetery. Donations in Yale’s memory may be made to Congregation Beth Shalom, 5915 Beacon Street, Pittsburgh, PA 15217 or the Jewish Federation of Greater Pittsburgh, 2000 Technology Drive, Pittsburgh, PA 15219. Arrangements entrusted to Ralph Schugar Chapel, Inc., family owned and operated. schugar.com PJC