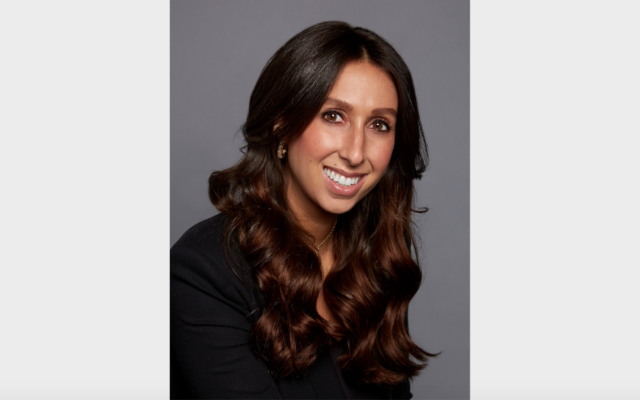 In Brooklyn on the sixth night of Sukkot, an anti-mask populist convinced members of the Orthodox Jewish community in Borough Park to turn what is an annual celebration of forthcoming rainfall, called Simchat Beit HaShoeva, into a violent and hateful display of ignorance.

The physical violence, including the brutal beating of two men, and burning of masks that occurred is nauseating, reprehensible and dangerous. Those responsible absolutely must be held accountable. Our hearts are with our friend Jacob Kornbluh, a widely respected journalist with Jewish Insider, who was assaulted in his own community for doing his job while supporting mask-wearing as an urgent public health mandate. And we are deeply concerned that on Monday, after the arrest of the agitator responsible for this heinous violence and misinformation, Jacob was again targeted.

Enforcement of social distancing and other lifesaving precautions in the Orthodox community is not anti-Semitism. Stigmatizing all Orthodox Jews based on the actions of a few, however, is.

Most Orthodox Jews have taken and continue to take the pandemic seriously. L.A.’s Orthodox leaders quickly mobilized to contain the spread of coronavirus, arguably saving countless lives. The Orthodox Jews who contracted the disease early and survived then donated blood plasma by the thousands in an effort to save the lives of people of all faiths creeds, struggling to recover.

We need to ask ourselves: Why are we — especially those of us who call ourselves progressive Jews — so complacent about and comfortable with the singling out and generalizing of the entire Orthodox Jewish community? This community isn’t monolithic; it’s heterogeneous, nuanced, multifaceted and complicated.

Parts of it experience high rates of poverty, low rates of health literacy, language barriers and deep, multigenerational mistrust of government, stemming from centuries of persecution and medical abuse at the hands of public health authorities. This isn’t the first time public health officials have done a poor job conducting outreach to Orthodox communities. Mistranslating Yiddish, acting slowly and failing to use well-known communication channels to give Orthodox Jewish communities the information they needed to combat a measles outbreak last year is one example. This knowledge is essential background information to this conversation.

Outreach to these specific Orthodox communities has been uneven at best and irresponsible at worst. Guidelines for social distancing have not taken into account the challenges that specifically impact many members of these Jewish communities, which often don’t have internet access. As of mid-September 2020, there were no Yiddish-speaking contact tracers employed by the city. In neighborhoods where most Jews speak English, Hebrew or Russian — not Yiddish — loudspeakers twice blasted information in Yiddish despite criticism. Some of the outreach has been appropriate and sensitive — but some has not.

We must call out the bad behavior of the loud but few who act poorly, while also elevating and uplifting the voices of the many who act as good neighbors and good citizens. Jews have a duty to hold ourselves and our siblings in the Orthodox community to the highest standards in protecting human life, understanding our commitment to pikuach nefesh — that the preservation of human life takes precedence over all other commandments.

At the same time, each one of us must also demonstrate compassion and a willingness to listen to those whose traditions, experiences, languages and religious observances are different from ours. Only through this balance will we grow together as a broad and diverse Jewish people.

The behavior we witnessed this past week is unconscionable, inexplicable and shameful. But the definition of bigotry is allowing the bad behavior of the few to define the whole — a New York Orthodox Jewish community of more than half a million people. The Anti-Defamation League reported months ago that discussion of Orthodox Jews on social media, especially on Facebook, has become deeply troubling, including “comparisons of religious leaders to Adolf Hitler and positive affirmations about the Jewish community being ‘wiped off the planet.’” This happened before these protests. And it is dangerous beyond words.

Anti-Semitism has been rising at a troubling rate — affecting all American Jews — but the most frequent targets of violence are often attacks on those who are most visibly Jewish, like our Orthodox siblings. From the terrifying shooting at the only kosher supermarket in Jersey City to the Chanukah stabbing in Monsey last year, to growing numbers of violent hate crimes, Jewish people faced more than half of NYC’s hate crimes last year, and these crimes were concentrated in Orthodox neighborhoods.

At a time of rapidly rising and violent anti-Semitism, we all have an absolute obligation to push back on that narrative by anyone who perpetuates it. This includes elected leaders like New York Mayor Bill De Blasio and Gov. Andrew Cuomo, who must continue to demand enforcement of the mask-wearing and social distancing rules, while also refusing to allow or perpetuate the wholesale vilification of any select group of people. They need to improve their engagement with this community, and they need to do it immediately.

When it comes down to it, we as Jews urgently must remember: It isn’t “us” and “them.” We are all one people, and we must protect one another. PJC

Amanda Berman is the founder and executive director of Zioness, a national organization that fights for the inclusion of Zionists in social justice spaces. A graduate of the University of Pennsylvania and Yeshiva University’s Benjamin N. Cardozo School of Law, Berman was listed by the Algemeiner as one of the top “100 people positively contributing to Jewish life” in 2018.