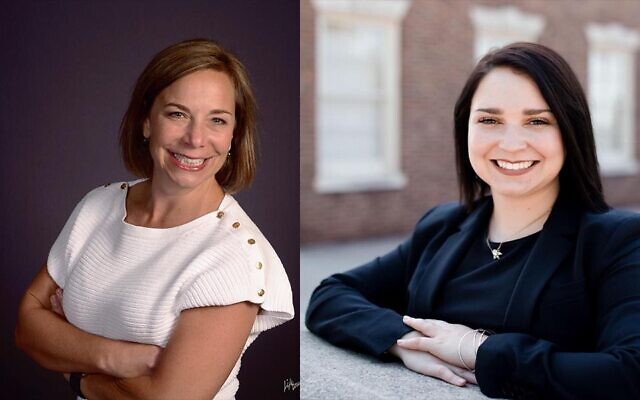 As we continue to grapple with a pandemic that has disproportionately affected communities of color, we have been forced to reckon with systems in our country that perpetuate racism and racist ideas. The electoral process and voting rights are no exception. We are in an unprecedented presidential election season with misinformation about voting rights at every turn. In the midst of the chaos, we are confronted with the 100th anniversary of the ratification of the 19th Amendment and its legacy.

At the National Council of Jewish Women-Pittsburgh Section, we have been reexamining and unlearning what we think we know about the 19th Amendment, including the idea that it “gave all women” the right to vote. We have been taking these “unlearned” notions and trying to understand how they affect the women, children and families that we work with through our programs. We have also used these notions to identify key advocacy areas and action items to ensure equitable access to the electoral system through NCJW’s Promote the Vote, Protect the Vote Campaign. This allows advocates to build on the legacy of the 19th Amendment and the 1965 Voting Rights Act through action and advocacy.

The 19th Amendment was the result of dedicated, strong and passionate women from across the country. Women were not “given” the right to vote. They claimed it. They fought, starved and died for it. But when the 19th Amendment was ratified, it was not a celebration for all women in this country. Black women were still often excluded from voting and the mainstream suffragette movement. Native American, Latina and Asian women were not always able to vote with the ratification of the 19th Amendment due to individual state laws and restrictions. The Voting Rights Act was not passed until 45 years later, on Aug. 6, 1965.

The intentional barring of non-white people laid the foundation for future exclusion and discrimination of people of color from voting rights, which we still see today. In fact, we see these exclusions play out in very real ways. We see voter suppression, unsafe in-person voting, lack of voter resources in Black and brown communities, misinformation about the validity of mail-in and absentee ballots and even the threat of “pushing back” the election. There are still people who live in this country who cannot vote in some states — including citizens of U.S. territories, individuals with mental health issues and convicted felons.

The celebration of the 19th Amendment is filled with a complicated history. In an effort to undo and unlearn the damage inflicted upon generations of people of color in this country, we must call attention to the racist, inequitable systems we rely on for our public elections.

Yes, the 100th anniversary of the 19th Amendment is important history. But it also reminds us that there is more to be done. As people who benefit from white privilege, we understand that we must do more to ensure voting rights for everyone and cannot remain silent. At NCJW, our guiding principle tzedek tzedek tirdof, or “justice, justice shall you pursue,” drives us to advocate for this change because we believe that equality is a core Jewish value. As a result, we have identified a few key ways that the Jewish community can use this anniversary of the ratification of the 19th Amendment as a call to action:

Register to vote and request a mail-in ballot.
You can do this online at votespa.org. Due to the delays that the postal service is experiencing, make sure that you send in your ballot as soon as possible or by Oct. 20, 2020, at the latest. For this election, your postage is paid for, so no need for a stamp. Don’t forget to remind your family, friends and neighbors, too.

Volunteer to work the polls if you can.
Part of protecting the vote includes being aware of warning signs of voter obstacles at the polls. If you would like more information about these warning signs or volunteering at the polls with our Protect and Promote the Vote Campaign, feel free to contact us.

Research, listen, unlearn.
As we experience a culture that struggles with racial identities and intersections, it is important to listen to Black and brown individuals and communities about what they are asking for to increase voter turnout. This means researching anti-racist practices and using them to unlearn what we have internalized about voting rights, elections and who gets to participate in this system. If you want to join us on our journey of unlearning, check out our “What I’m (Un)Learning” initiative on social media. For more information, go to our website, ncjwpgh.org. PJC