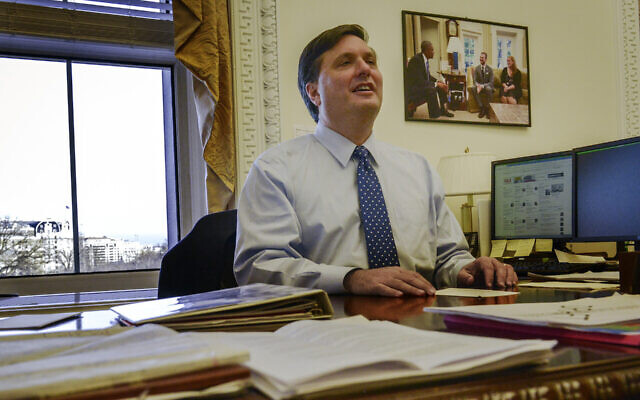 (JTA) — President-elect Joe Biden made his first key appointment on Wednesday night by choosing Ron Klain, a close confidant and veteran Washington insider who is open about his Jewish identity, to be his White House chief of staff.

Klain, who was raised in a Jewish family in Indianapolis, has experience in the role: He served as chief of staff for Biden when he was vice president in the Obama administration, and in the same role for Vice President Al Gore during the Clinton years.

Klain also drew praise as Obama’s “ebola czar” for his handling of the disease’s outbreak in 2014.

Here’s what you need to know about him.

Klain, 59, grew up in Indiana, the son of a father who worked as a building contractor and mother who was a travel agent. He celebrated his bar mitzvah in 1974 at his childhood congregation, Beth-El Zedeck — a synagogue still operating in Indianapolis that’s affiliated with both the United Synagogue of Conservative Judaism and the Reconstructionist movement.

But his bar mitzvah had some added stress: As Jewish Insider reported Thursday, Klain has talked about how his mother became ill right before the rite of passage, leading to its postponement. That meant Klain had to learn a new Torah portion.

Klain has said his Jewish identity was formed in part by being different from most of his peers.

“I grew up in Indiana, with a decent-size Jewish community, but we were a distinct minority,” he told The New York Times in 2007. “Not having a Christmas tree was very much part of our Jewish identity in a place where everyone else did.”

Klain has kept in touch with the congregation and appeared in a video talking about the COVID-19 pandemic with the Beth-El Zedeck rabbi in April. (The rabbi, Dennis Sasso, pointed out that Klain “became bar mitzvah … twice, as you know by now!”)

In the video, Klain compared the plague of the firstborn from the Passover story to an infectious disease, and the Jews who were commanded to stay in their homes during the plague to people today being told to socially distance.

“Klain continues a presence with the Indianapolis Jewish Community with visits to his synagogue, regular speaking engagements, and attendance at local Jewish holiday gatherings with his family,” the synagogue said in a statement Thursday.

When he married Monica Medina — a non-Jewish attorney who has served in multiple federal government roles, such as deputy under secretary of commerce for oceans and atmosphere — he insisted that they raise their children Jewishly (they would have three). Their compromise, as Klain noted in The Times article about balancing Jewish and Christian family traditions during the winter holiday season: celebrating Christmas for her.

The one catch: They wait to put up a Christmas tree until after Klain’s mother visits the family in December.

Klain has worked with lawmakers on Capitol Hill for decades. After graduating from Harvard Law, he clerked for Supreme Court Justice Byron White, then served as an aide to Rep. Ed Markey, a Massachusetts Democrat who is now a senator. Klain was involved in both of Bill Clinton’s presidential campaigns and worked for him as president, including as associate counsel, where he helped the late Jewish icon Ruth Bader Ginsburg be confirmed as a Supreme Court justice. In 1995, Gore named Klain his chief of staff, a role he would hold until 1999.

In 2004, Klain worked on the presidential campaign of Wesley Clark, a former Army general with Jewish heritage who won the Oklahoma state primary for the Democratic nomination before dropping out to endorse John Kerry.

Biden tapped Klain as his chief of staff in 2008, a position he held until 2011, when he left the White House for a private sector job. 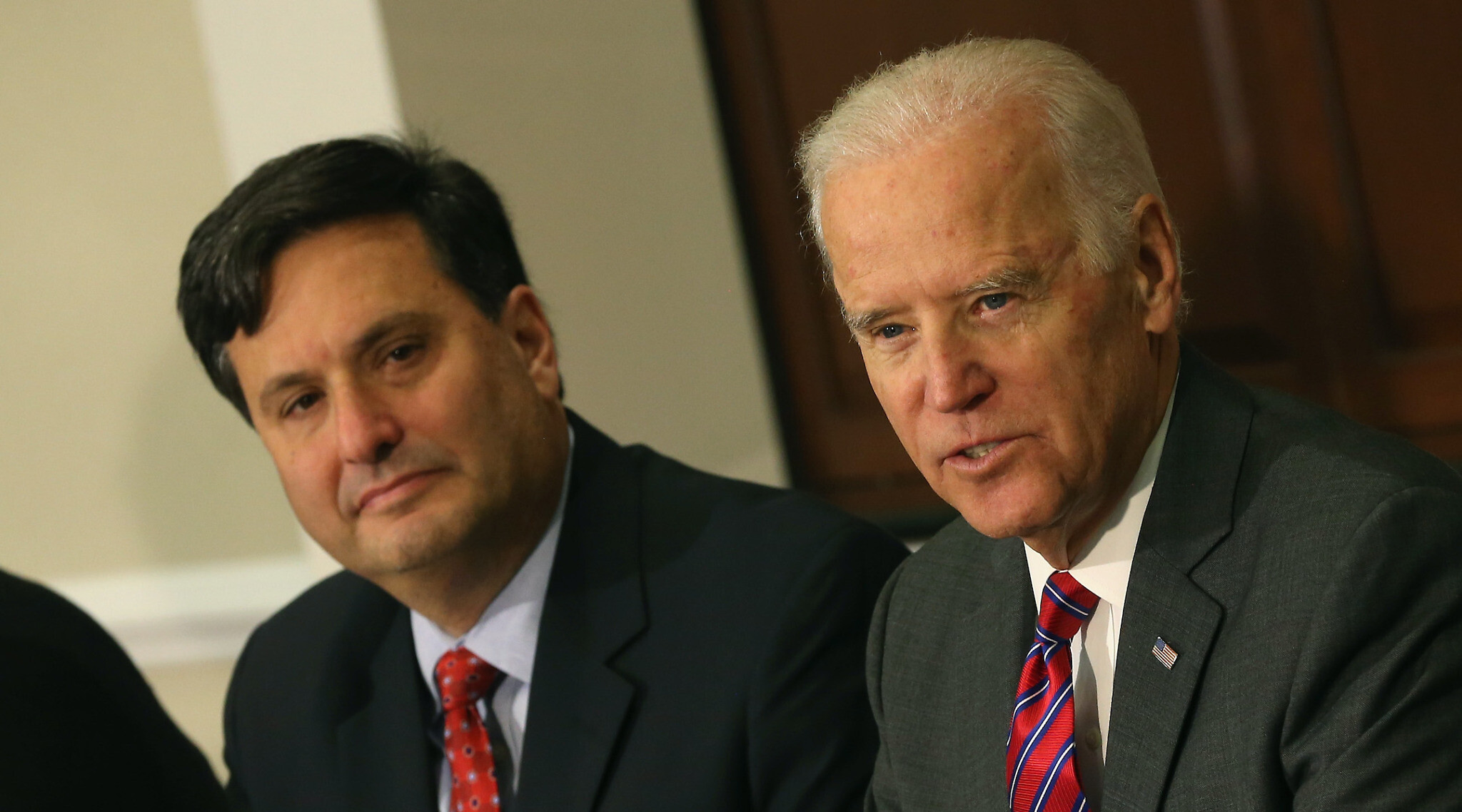 Ron Klain with then-Vice President Joe Biden at a meeting regarding the ebola crisis, Nov. 13, 2014. (Mark Wilson/Getty Images via JTA)

“As my chief of staff in the White House, Ron has done an exceptional job of building my team, implementing my direction on top priorities, and providing invaluable counsel,” Biden said at the time. “He has also played a key role in establishing the strong, positive relationship that exists between my staff and the President’s team.”

The Times noted that Klain is known for having “steady nerves” and “a fierce wit.” CNN said he has also become “the go-to operative for debate preparation for Democratic candidates dating as far back as Bill Clinton.”

Beyond being a D.C. power player, Klain boosted his reputation in 2014 as Obama’s ebola czar, successfully helping stem the deadly outbreak before it could spread widely throughout the country. The U.S. had four total cases and only one death from the disease that killed thousands in Africa.

“Ron has lived, more than anyone else, the stresses that a dangerous pathogen puts the nation through,” Christopher Kirchhoff, who worked with Klain during the ebola crisis, told Stat News. “He’s been one of the voices that, even after he left the position of Ebola czar, has been most forceful in articulating what the nation needs to do to better prepare.”

On paper, Klain was an obvious choice for Biden, who is known to reward his longtime loyal confidants. But the pick also emphasizes how serious the president-elect is about his efforts to make getting the coronavirus pandemic under control his top priority.

“[Klain’s] deep, varied experience and capacity to work with people all across the political spectrum is precisely what I need in a White House chief of staff as we confront this moment of crisis and bring our country together again,” Biden said in his statement announcing his choice.

As The Times and others wrote Klain, who will fill out Biden’s close circle of staff, also will be pressured to follow through on Biden’s promise to make his administration diverse enough to “look like the country.”

For his part, Klain seems aware of that pressure. In a tweet Wednesday night, he said he looks forward to assembling a “talented and diverse team in a Biden-Harris WH.”

Middle East policy is not Klain’s area of expertise, but when he weighs in, he usually criticizes the conservative Israeli Prime Minister Benjamin Netanyahu. PJC