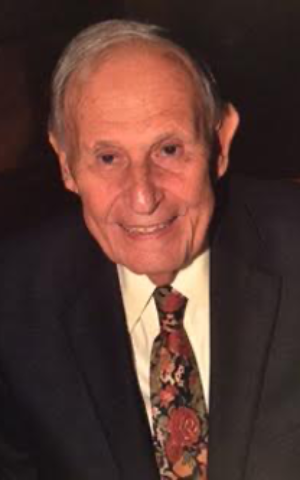 MANN: Richard M. Mann, M.D., age 96, of White Oak, died on Sunday, Jan. 17, 2021. He was the loving husband of Karen (Weyman) Mann. Father of Susan Mann of Denver, Colorado, and James Mann of Orlando, Florida. He was preceded in death by his parents Dr. Solomon and Fannie Mann and his brother Hartley J. Mann. He graduated from Penn State University and medical school at the University of Pittsburgh. He took a residency at Magee-Womens Hospital in obstetrics and gynecology. He was a veteran, having served as an officer on a destroyer mine-sweeper in the South Pacific during WWII. He practiced obstetrics and gynecology in the McKeesport area. Richard was honored with the distinction of being the head of the department of obstetrics and gynecology at McKeesport Hospital for 20 years and served a term as president of the Pittsburgh Obstetrics and Gynecology Society. He was also a very accomplished musician. Services and interment private. Contributions may be made to Temple B’nai Israel Music Fund, 2025 Cypress Dr, White Oak, PA 15131. Arrangements entrusted to Ralph Schugar Chapel, Inc., family owned and operated. www.schugar.com PJC