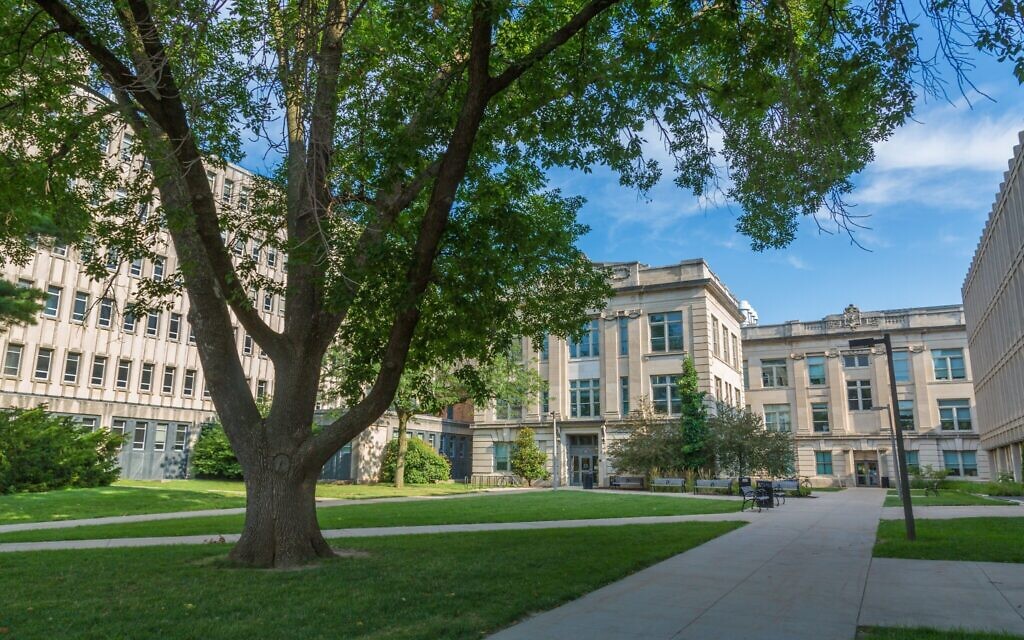 A view of the University of Iowa campus. The school was the site of a heated debate over antisemitism and anti-Zionism this year. (Wikimedia Commons)

Despite rising anti-Semitism and the backlash against Israel on American campuses, collegiate life generally has been a largely positive experience for most Jewish students. However, the circumstances they will face this fall should move schools to prepare for increased campus antisemitism.

Students are returning only a few months after the 11 days of violence between Israel and Hamas in May, which led to new levels of hostility toward Jews across the United States and even abroad. Many are attending, in person, for the first time in more than a year. While mobilization against Israel hardly ceased during the coronavirus pandemic (and, in fact, went online as well), the nature of on-campus activities — paired with pent-up demand for in-person engagement — will embolden anti-Israel activism and be more accessible to newcomers.

Meanwhile, new challenges continue to pop up. Even before the school year began, Middle East courses were slated to be taught by self-described anti-Israel activists, faculty unions are voting to boycott the Jewish state and a supporter of well-documented antisemite Louis Farrakhan, head of the Nation of Islam, was tapped to run an entire academic department. All of this is compounded by the targeted acts of cowardice like graffiti, antisemitic flyers, even arson, which have become all too common in Jewish spaces on campus. Put all together, it’s hard to deny there is cause for concern.

Everyone has a role in the ongoing battle against Jew-hatred. It is imperative that university administrators seize the opportunity for meaningful reform before antisemitic incidents morph into more physical violence.

An intentional, multipronged approach to curbing antisemitism on campus is urgently needed. The first major hurdle to overcome is ensuring that those in academic leadership roles can recognize hatred against their Jewish community.

Campus leaders must begin to address the surge in Jew-hatred by joining the 30 student governments that have already adopted the widely accepted International Holocaust Remembrance Alliance (IHRA) working definition of antisemitism. Using this definition as an educational tool will best position universities to recognize and address incidents on campus.

Florida State University president John Thrasher pioneered this approach when he wrote to the FSU community, “I encourage everyone to educate themselves on the IHRA definition and examples of anti-Semitism, as I have done myself.” More must follow and quickly.

Colleges and universities should also implement compulsory counter-antisemitism training at all levels of campus life, from incoming freshmen to senior administrators. The keyword is “compulsory” — participants in voluntary training are rarely the ones who need the training.

The organized movement to boycott Israel on college campuses saw a boon in support following the May conflict with Hamas. Campus student groups, academic departments and student governments issued one-sided statements riddled with half-truths and baseless accusations to end support for Israel on campus. When the loudest voices push for policies that restrict academic freedom, students face a diminished educational experience. It is imperative that American institutions of higher education reaffirm their opposition to any movement that calls for an end to academic partnerships with Israel.

Universities can also signal their support for Jewish students by revisiting campus policies on a range of issues, including how schools regulate professors who use their lecterns to indoctrinate policy. Universities would be well-served to draw from successful counter-indoctrination models to deter instructors from abusing their posts for their own agendas.

Antisemitism is morphing into new, more threatening forms. Only a few months ago, Jewish restaurant patrons in Los Angeles and pedestrians in New York City were assaulted over presumed support for Israel.

Without significant action by university leadership now, the danger that the most recent wave of animosity toward Israel could turn violent on campus is quite possible. University leaders who want to prioritize safety and academic freedom must act before the first punch is thrown. pjc