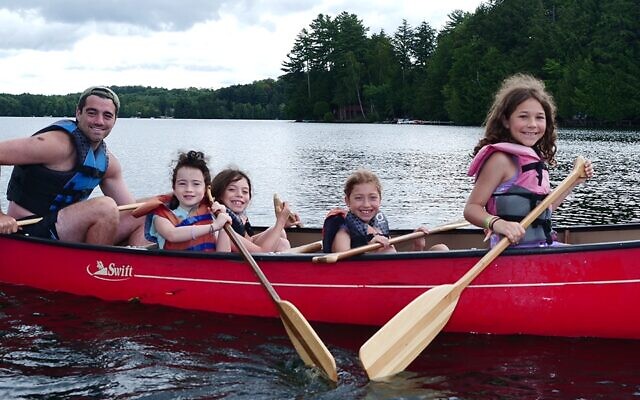 This summer young Pittsburgh campers will have a Ramah option close to home — in Cleveland, Ohio, just a little more than a two-hour drive away.

The National Ramah Commission, the camping arm of Conservative Judaism, is set to launch new Ramah programming in the eastern Great Lakes region, serving Detroit, Cleveland, Pittsburgh, Buffalo and Rochester — all cities which are currently served by Camp Ramah in Canada, located in Utterson, Ontario.

“The Ramah Great Lakes pilot project is part of our goal to establish a Ramah presence closer to home for thousands of families, and to create a junior camp feeder for the outstanding teen programs at Camp Ramah in Canada,” said Rabbi Mitchell Cohen, national Ramah director, in a prepared statement.

This summer, Ramah Great Lakes will operate a family camp from Aug. 6-8, and a “Taste of Ramah” mini-camp from Aug. 8-11, for children entering third-through-sixth grades. Both programs will take place at Camp Wise, the Mandel JCC of Cleveland.

“In every conversation I have had with prospective parents, and with Jewish communal leaders in the area, the excitement about bringing the Ramah experience a little closer to home is palpable,” said Nessa Geffen, summer director of Ramah Great Lakes, in a prepared statement, adding that the family camp reached capacity within 48 hours of enrollment opening.

The Ramah Great Lakes project is supported by the National Ramah Commission and Foundation for Jewish Camp. Financial assistance is available. More information can be found at campramah.org/greatlakes or by contacting Geffen at nessa@campramah.org. PJC