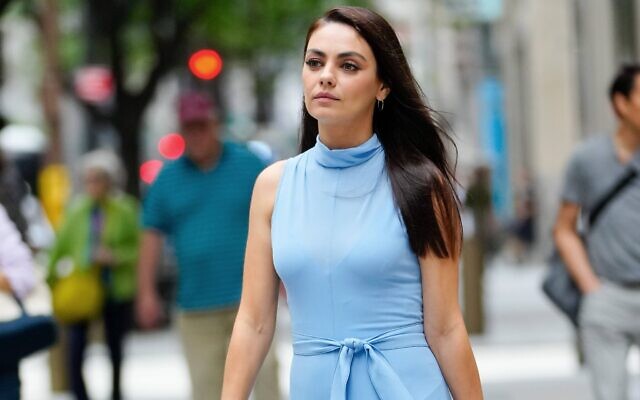 The letter published Wednesday is a response to calls from activists with the Boycott, Divestment and Sanctions movement to boycott the Tel Aviv International LGBTQ+ Film Festival, also called TLVFest, an annual film festival showcasing LGBTQ films that was founded in 2006.

It was organized by Creative Community for Peace, an organization of entertainment industry professionals that works to counter cultural boycotts against Israel.

“In Israel, movies have the unique power to bring together Jews, Arabs, and people of all races, ethnicities, and backgrounds in collaboration under a shared love of the arts, working together towards the common goal of telling their stories, and building bridges of compassion and understanding,” the letter reads.

In May of this year, Aswat, an organization focusing on Palestinian feminist issues, called on activists around the world to boycott “Israel’s pinkwashing events,” including Pride activities and the film festival. “Pinkwashing” is a term used by pro-Palestinian activists, who use it to argue that Israel uses its openness to the LGBTQ community to deflect criticism of what they deem its unfair treatment of Palestinians.

The film festival has been the target of numerous boycott efforts in recent years. Several participants slated participants boycotted the festival in 2017 after John Trengrove, a South African director whose film was set to open the festival, pulled out in protest. In 2020, over 100 queer filmmakers pledged not to submit films or participate in the festival in response to a call by BDS activists.