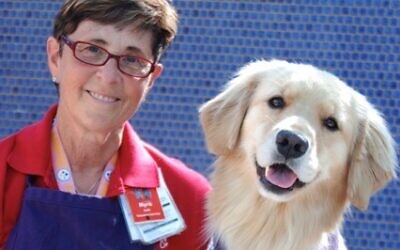 JUDD: Myra Judd, beloved wife, mother, sister, grandmother, aunt, great-aunt and generous and wonderful friend to so many, died tragically and suddenly in a road accident in Arizona on Monday, June 15. Myra was born in 1945, and lived in Pittsburgh until moving west to Scottsdale, AZ with her husband Warren in 2002. Myra was a dynamo, who lit up any room when she entered it. On her trips to visit her family in Squirrel Hill, she would know half the people in any store she entered, who were always excited to see her. She had boundless energy and generosity, she was caring and warm, and people never believed she was as old as her years. She could make any activity or conversation fun, and went out of her way to make everyone around her feel comfortable and happy. Myra was the third and youngest daughter of Harry and Rose Rosen. She was a true daughter of Squirrel Hill, going to Colfax, Taylor Allderdice and graduating from the University of Pittsburgh. Just last month, Myra called from Arizona to lament the news that the “O” in Oakland was closing; she loved their “fries” and going there was a ritual whenever she came home to visit. Myra is survived by Warren, her husband of 53 years, sons Robert of Scottsdale and Kevin (Karin) of Irvine, CA, her sisters Roberta Recht and Elayne Rosen of Pittsburgh, grandchildren Haylie and Melanie Judd and Kevin Morin, all of Irvine, CA, nieces and nephews, and many close friends, who are all heartbroken. Besides her family and friends, Myra’s great love was her dogs. Throughout her life, Myra raised and trained dogs; first, standard schnauzers, then golden retrievers and a border collie. Myra taught obedience and agility classes, and many of her weekends were filled with dog shows, where one or more of her dogs would compete, bringing home many medals. While still in Pittsburgh, Myra was involved with the organization “Paws with a Cause”, and trained dogs to assist people with disabilities so that they could live more independent lives. Since living in Scottsdale, Myra has been a fixture at the Phoenix Children’s Hospital, where she would take one of her trained dogs each week to cheer up the children, and taught classes in dog training. Tragically, Myra was driving home from her Monday evening puppy class with her youngest dog, Racer, when both were killed in a collision. In a paraphrase of some of the many tributes from her friends on Facebook, the world has lost one of the most generous and lovely people to grace this planet. And one of the most fun. The family requests that contributions be made to the Phoenix Children’s Hospital Foundation, where a fund for the Animal Assisted Therapy Program has been set up in her name. Contributions can be mailed to Phoenix Children’s Hospital Foundation, 2929 E. Camelback Road, Suite 122, Phoenix AZ 85016, or made online at GivetoPCH.org. Please indicate that the contributions are to remember Myra.