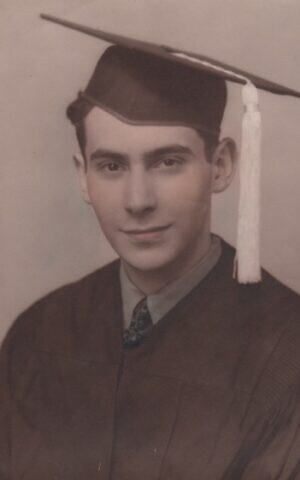 SELTMAN: Morton Seltman, D.M.D., 11/16/1926 – 7/11/2022. Morton Alfred Seltman died peacefully at home on Monday morning at age 95. He was the son of Max and Mathilda Seltman. During his long life, he was blessed with two loving marriages. With his first wife of 42 years, Joyce Levinson Seltman, he had three children: Marty (Janet), Howard (Kathy McIntyre), and Susie (Lee) Segal. In 1994 he married Rita Weinstein Seltman and welcomed her children into the family: Randi Goldmann (Marty Forman), Richard Goldmann (Barry Buck), Bernie Goldmann (Melisa Wallack). He outlived both his wives, enjoying time with his children, grandchildren and great-grandchildren. He was loving and supportive of his grandchildren: O.E. Zelmanovich (Rayden Sorock), Jake (Cortney) Seltman, Rachel (Alan) Jern, Maddie Seltman (John Trimpi), Ben Segal (Feliz Molina), Emily Segal z”l, Jessica Segal, Max, Jake and Ross Forman, and Lilyana, Mercer and Grey Goldmann. His great-grandchildren Noah, Ari, Isaiah, Calder, Azalea, Kol and Agnes loved to play with him. Mort is also survived by many adoring nieces and nephews. Mort was a Pitt graduate who became a dentist in 1951. He practiced, with a reputation for gentleness, in the Park Building downtown for 56 years. Mort served in the Navy for two years during World War II. He was proud of his service in Subic Bay in the Philippines. He was a member of Phi Epsilon Pi and Alpha Omega at the University of Pittsburgh. He was the president of the Judge Samuel Weiss Lodge of B’nai Brith. Mort served on the board of trustees and the brotherhood of Temple Sinai; he was a member since 1957. He also served on the board of the Hebrew Free Loan Association. Mort enjoyed golf, theater, symphony, opera and Friday night dinners with his extended family. He was always learning, and was an avid traveler, reader and fan of trivia and word games. Services at Ralph Schugar Chapel, Inc., 5509 Centre Ave., Shadyside, on Wednesday, July 13, at 2 p.m. Visitation 1-2 p.m. Interment Temple Sinai Memorial Park. Masks are requested by the family. Contributions may be made to the Pittsburgh Hebrew Free Loan Association (hflapgh.org/donate). schugar.com PJC