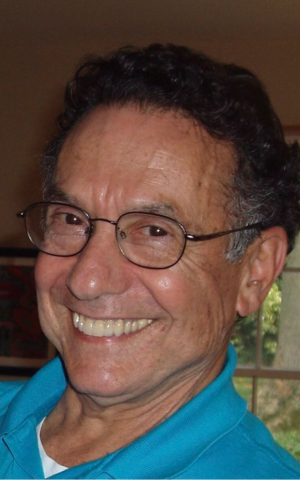 SELTMAN: Morton Alfred Seltman, D.M.D.: Morton “Mort” Alfred Seltman passed away peacefully on Jan. 15, 2021, in Boca Raton, Florida, at the age of 88 after a two-week battle with COVID-19 and other illness.
Mort was a first-generation American, born in Pittsburgh to ethnic Hungarian Jewish parents. By age 14, Mort knew he wanted to be a dentist. He attended the undergraduate and dental schools at the University of Pittsburgh and, after serving two years as a lieutenant in the U.S. Navy, was accepted to New York University for a post-graduate degree in periodontics. Only 20 students were accepted to this graduate program. Mort opened his solo practice in periodontics in Pittsburgh in 1961 that he maintained until retirement when he was 78 years old. During his years in practice, he joined the faculty of the University of Pittsburgh Dental School, various dental organizations and academies. He continually attended continuing education programs in various areas of the country. Mort’s passion was educating his patients about the importance of saving, if at all possible, each tooth.
Mort was a devoted husband, father and grandfather. He was a great audience for his wife Barbara’s sense of humor and loved social dancing and travelling with her throughout their marriage. He was extremely happy in his retirement at Boca West Country Club.
Mort was an avid tennis player for many years, collecting quite a few trophies in city tournaments. One tennis colleague referred to him as a “human backboard” because he rarely made an unforced error, frustrating his foes on the court. He shared his love of sports with his children, teaching them how to catch, throw, hit and kick every type of ball imaginable. Next to his family, football was his second love; the Steelers have lost one of their greatest fans.
Mort is survived by his wife Barbara Abelson Seltman; sons Paul Seltman (Jeanne Ireland) of Silver Spring, Maryland, and Scott Seltman (Anja) of Berlin, Germany; and grandchildren Mia, Karenna, and Jacob. Mort was predeceased by his son Stephen Ross Seltman.
In addition to his immediate family, Mort was the brother of Herbert Seltman (Eleanor) of Boca Raton, Florida, and was predeceased by his sister Flora Rosen (Alvin). Mort’s nieces and nephews include Marc Seltman (Sharon) of Atlanta, Georgia; Dori Rubin (Michael) of Boynton Beach: Tami Seltman of Boca Raton, Florida; Keith Rosen (Eve) of Plantation, Florida; Kevin Rosen (Lori) of Kendall, Florida; Dori Rubin (Michael) of Boynton Beach, Florida; and Nanci O’Hara (Jack) of Pembroke Pines, Florida. Mort will be sadly missed by all who knew him.
In memory of Mort, contributions may be made to the Children’s Hospital of Pittsburgh Foundation at https://www.givetochildrens.org/donate designated for the Stephen Ross Seltman and Dr. Paul C. Gaffney Fund. You also can send a check payable to Children’s Hospital of Pittsburgh Foundation (with the name of the Fund noted on the memo line) to the following address: Children’s Hospital of Pittsburgh Foundation, PO Box 535240, Pittsburgh, PA 15253-9926.
Funeral services were private and at a later date in Pittsburgh. A service by Ralph Schugar Chapel, Inc., family owned and operated. www.schugar.com PJC