MAZER: It is with profound sorrow that we announce the sudden passing of Marjorie Grossman Mazer at the UPMC Presbyterian Hospital on Sept. 5, 2020.

Born in 1925 in Steubenville, Ohio where she was raised and attended primary and secondary school, Marjorie went on to earn a Bachelor of Science degree in chemistry from the University of Pittsburgh.

She then returned to Steubenville, where she worked as a laboratory analyst in the Department of Health for several years. With a passion for opera, fine art and Mediterranean cuisine, how could Marjorie refrain from taking a glorious trip to Italy one summer? Then, why not return to an American city with the vibrant cultural life, friendly people and ample work opportunities of Pittsburgh? 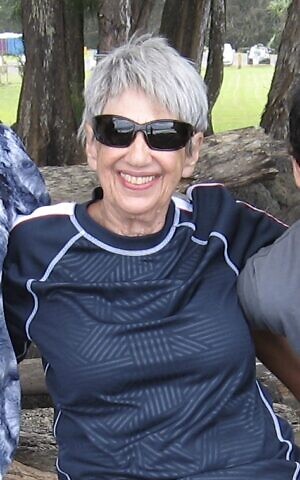 Here, she would meet and marry the love of her life, Julius Mazer. Together, they would raise their two beloved children, Linda and Arthur, and build a circle of wonderful friends. With their shared interest in the arts and travel, Marjorie and Julius enjoyed attending many cultural events in Pittsburgh and all over North America as well as adventures to places far and wide across the globe.

As her children became older and more self-sufficient, in the early 1970s, Marjorie realized her dream of becoming an entrepreneur and opened a fine cookware boutique. For the better part of two decades, “Chez Gourmet” was a focal point for Pittsburgh chefs seeking not only that indispensable yet hard-to-find cooking implement but also advice on how to use it from the proprietor and marvelous chef herself, Marjorie Mazer.

After the passing of her beloved husband, Julius, in 1991, Marjorie brushed off that deck of bridge cards from her early single days in Pittsburgh and joined the American Contract Bridge League to play duplicate bridge competitively. She was a regular player in the Pittsburgh bridge scene and competed in tournaments across the U.S. and Canada. Her bridge family admired her skill and intelligence with the cards and the graciousness and sly sense of humor with which she played the game.

Apart from bridge, Marjorie continued to devote herself to lifelong friendships as she would enrich her life through studying at OSHER, attending cultural events in the fine arts, theater and classical music, with a special appreciation for the opera. Being so engaged also brought opportunities for making new and important friendships, including those that would happen along the way, climbing up Negley Avenue or the peaks of the Himalaya in Nepal.

Living life to the fullest each and every day, no matter the circumstances, Marjorie will continue to serve as an inspiration to her family and many friends, to everyone that she encountered.

Marjorie is survived by her daughter, Linda Mazer, of Washington, D.C.; her son, Arthur Mazer, and daughter-in-law, Lijuan Liu, of the San Francisco Bay Area; her grandson, Julius Mazer, of Denver, Colorado, and her granddaughter, Amelia Mazer, of the San Francisco Bay Area. The two daughters of Max and Ida Goldfein of Steubenville, Ohio, Phyllis Goldfein Ceaser and Charlotte Goldfein Brooks have adopted the San Francisco Bay Area and Cincinnati, Ohio, as their respective homes. Her beloved husband, Julius Mazer, M.D., of Pittsburgh and beloved brother, Milton Grossman, of Ft. Lauderdale, Florida are both deceased. Sister-in-law Eleanor Mazer Dickter and her husband, Morrie Dickter, live in Mt. Lebanon. Brother-in-law Edward Mazer of Pittsburgh is deceased, and sister-in-law Jean Sigal Mazer lives in Pittsburgh. Nieces and nephews, grand nieces and grand nephews live in cities across the U.S. from Pittsburgh to the San Francisco Bay Area and have also settled in the great, biodiverse lands of Colombia, South America. Marjorie’s parents were Morris Grossman, M.D., and Pearl Goldfein Grossman of Steubenville, Ohio.

Services and interment private. Donations may be made to the General Fund of The Rodef Shalom Congregation of Pittsburgh. Arrangements entrusted to Ralph Schugar Chapel, Inc., family-owned and -operated. www.schugar.com