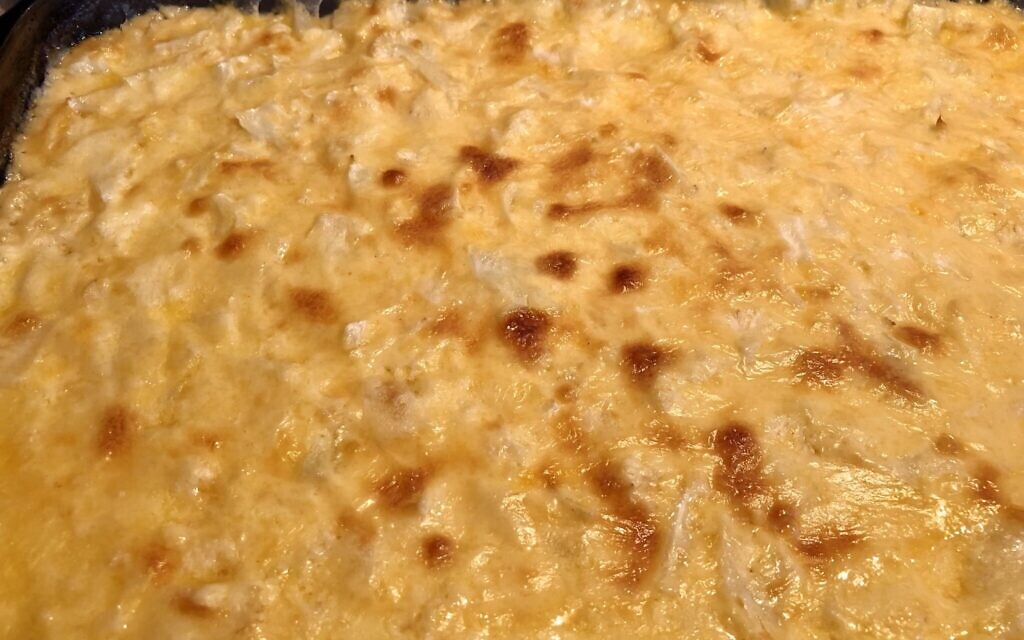 I love a recipe that’s versatile, and this one is just perfect for the first nine days of the month of Av, when many Jews avoid eating meat, with the exception of Shabbat meals. The base recipe is for my traditional mac and cheese, but it also works for my low-carb cauliflower and cheese version.

I’m going to walk you through making a roux, which seems daunting to some, but shouldn’t be. It’s an important skill to know, and once you learn it, you will be able to prepare any cooked sauce or gravy.

The recipe amounts and cooking instructions are pretty much identical for both versions of the recipe — just choose your preference of pasta or cauliflower (photos are of the cauliflower version).

I often make macaroni and cheese when I have several kinds of cheese left over — I like to upcycle the best basic ingredients into something great to eat. Your choice of cheese will make a difference in the end result. Using all cheddar makes a thicker, more curdled sauce; American cheese makes a very smooth sauce. I start my base with a Mexican cheese blend. You can throw in a little gruyere or gouda for a sauce that leans toward a more sophisticated palate.

One note: This is not a diet-conscious recipe; rather, it’s a twist on comfort food that both adults and kids will devour.

Turn oven to 350 F and place the wire rack into the middle of the oven.

Finely chop one head of cauliflower, or boil the pasta al dente, according to the box instructions. Rinse with cold water after draining, and set aside.

Pour the milk and cream into a saucepan and heat over medium-low heat until it just begins to boil. Remove from heat immediately.

In a second saucepan, prepare the roux, which is equal parts fat to flour. This is the base for the cheese sauce:
Melt the butter over medium-low heat, then stir in the flour with a whisk.

And this is where the magic happens: Using a whisk, stir in the flour (or starch), and don’t stop until it’s combined and begins to thicken like a stiff batter.

Keep whisking for about a minute over the heat, allowing the flour to cook.

Pour the hot milk mixture, about a half cup at a time, into the roux — I actually just use a soup ladle at this point. Ladle the milk into the flour mixture eight times and stir until combined, then repeat.

After all of the milk is combined, remove the pan from heat and stir in the cheese.

(Congratulations! You now know the basic steps to create the base for any cooked sauce.) 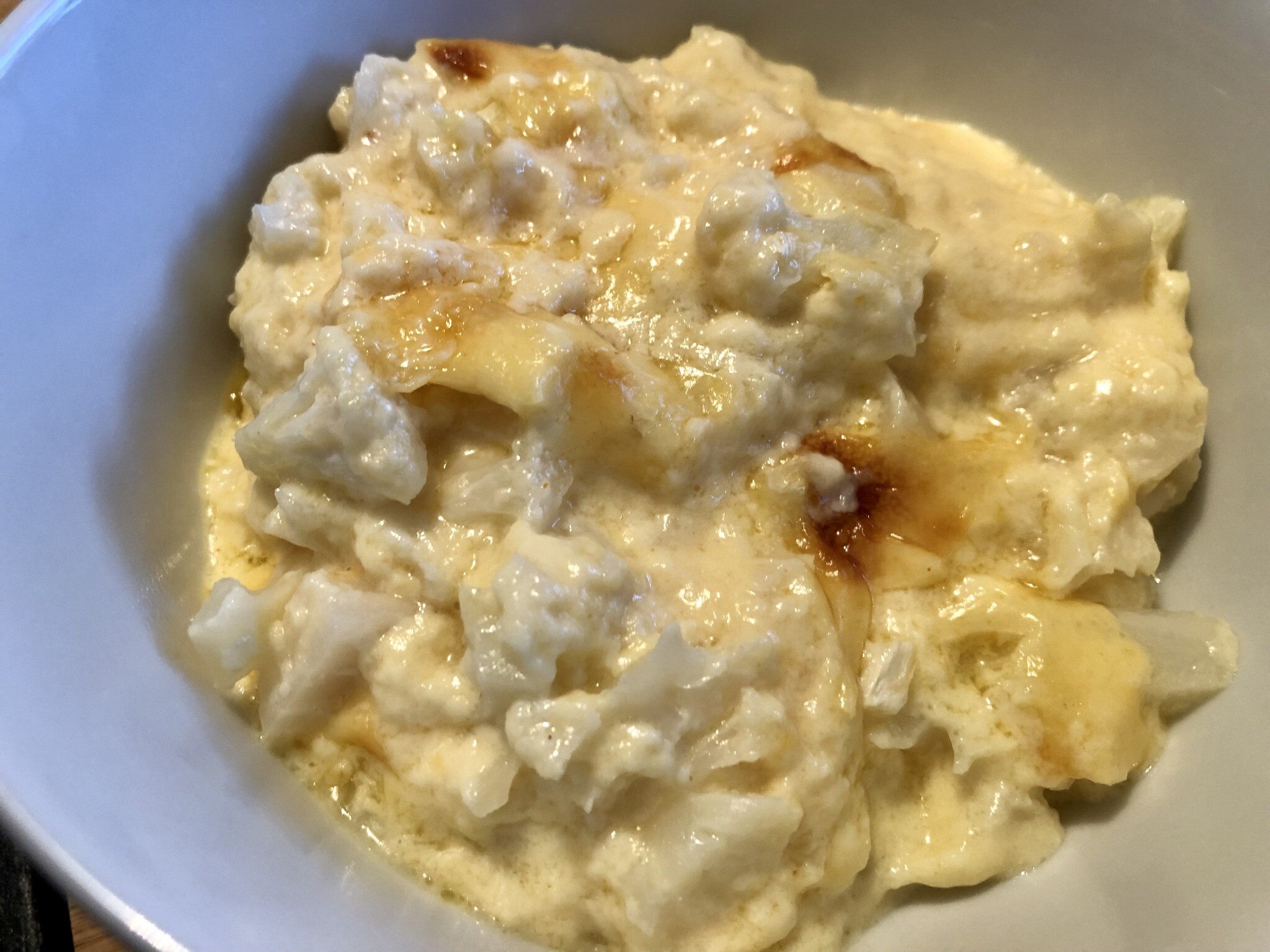 Spread the pasta or the cauliflower evenly into the pan.

Pour the cheese sauce over the top, and using a spatula, fold the mixture into itself until evenly combined.

Bake for 40-45 minutes, until the cheese is bubbling and the top is golden brown.

The consistency changes a bit between the two recipes. The sauce in cauliflower is a little thinner, but not wet. If you use pasta, the end result of the sauce will depend a bit on the consistency of the cheeses you use — some are firmer, some are creamier. Whichever way you make it, it’s going to be a hit. Enjoy! PJC

Jessica Grann is a home chef living in Pittsburgh.