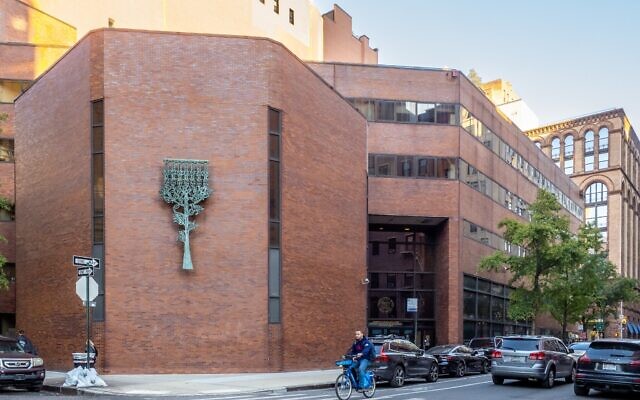 Hebrew Union College-Jewish Institute of Religion, along with the CCAR and URJ, all recently released the results of iindependent ethics review. (Photo by ajay_suresh, creativecommons.org/licenses/by/2.0>, via Wikimedia Commons)

The Reform movement and its national institutions are going through a period of teshuva, according to recently published reports and comments of its leaders.

In recent months, the Central Conference of American Rabbis, Hebrew Union College-Jewish Institute of Religion and Union of Reform Judaism have all issued independent reports examining past sexual misconduct by rabbis and employees, as well as gender and institutional biases.

Nationwide, some members of the Reform movement believe the investigations should have been more extensive, while others think the reports are good first steps toward change and healing.

Reform leaders in Pittsburgh also have grappled with the implications of the reports and how to move forward.

“In all three cases, the reports are a giant leap forward and they need to be recognized for that,” Temple Sinai Rabbi Daniel Fellman said. “Did they go far enough? That’s a harder question to answer. In my mind, there is still more that needs to be discussed. There’s more accountability that is needed.”

“At the same time, they are long overdue,” Meyer said. “We know that each organization sought the expertise of outside counsel to ensure not only independence but a carefully crafted process.”

Rabbi Howie Stein of B’Nai Israel of White Oak found the reports thorough and a substantial first step, but acknowledged that “in any venture like this, you’re not necessarily going to include everybody you might want to for a variety of reasons.”

Weisblatt came forward in a March 11 Chronicle story alleging he was the victim of a rabbi’s abuse at a URJ congregation while enrolled at HUC-JIR.

While Weisblatt was not happy with the reports issued by either the URJ or HUC-JIR, he did say that he was very proud of the CCAR and its efforts.

Finding a new song to sing
One area of concern for congregations is the liturgical melodies written by Reform leaders named in the reports.
Fellman said Temple Sinai reacted as soon as the HUC-JIR report was made public.

“We immediately made a decision to take out the Bonia Shur melodies that we had been using,” Fellman said. “We switched tunes. We did not specify whether this was a permanent switch or a temporary one, and to be honest, I don’t know if it’s going to be permanent. I’m also aware of the fact that there are a number of artists, throughout history, who have that kind of track record that is fairly significant, but I needed to show that I take this seriously and that the behavior can’t be tolerated.”

Rabbi Barbara Symons said that Temple David in Monroeville is attempting to move away from the liturgy attributed to those named in the reports and is looking for alternatives.

“In fact, on March 19, as we celebrate 50 years of women in the rabbinate and 100 years since the first bat mitzvah, will be the first time we have a Kedusha composed by a female. We were working toward it anyway, but it’s an example of just perfect timing,” she said.

But changing melodies can be challenging for congregants who may consider the music part of their traditional Reform experience, Temple Emanuel’s Meyer said.

“I think human beings are capable of holding complex and sometimes conflicting emotions, loving a particular melody without loving the actions of the composer or melody,” he said.

In some instances, it’s important to find suitable and “soon-to-be” loved alternatives, but “in other instances, these melodies may serve as teaching moments or object lessons for congregations in prayer or in study,” he added.

Weisblatt said he had discussions with his North Hills congregation and, like Meyer, believes there’s an opportunity to use the melodies as a teaching moment.

“I started discussion and said, ‘Do we stop the music? Do we use it to educate?’” he said. “The decision was made that we could use the melodies but needed to educate about this reality. And should it get to the point that the community, even with education and our appreciation of the music, doesn’t wish to use it, then we don’t. We haven’t reached that point.”

A higher standard
The reports have come at a time when many Reform congregations are reexamining the way they handle ethical dilemmas.

Michelle Markowitz, president of Temple Emanuel, said she participated in a URJ call with other congregational presidents to discuss creating an ethics code of conduct at URJ congregations.

Last fall, she assembled a team of congregants, the congregation’s executive director, Leslie Hoffman, and Meyer, to participate in that process.

“We’ve had several meetings at this point and are in the process of putting together a code of ethics, as well as a process for those who feel that code of ethics has been implicated,” Markowitz said.

Fellman said congregations are wrestling with ethics in ways they haven’t before — which can mean establishing a congregational code of ethics and holding congregational leadership accountable. These practices were unthinkable a generation ago, he said.

“For me, personally, part of my challenge as a rabbi is to make sure that my congregation addresses these things effectively and reasonably and responsibly so that we can account for the actions of the past, but even more, turn the page and say we’re taking this seriously, and show we’re committed to moving things forward in a better way,” he said.

The Chronicle reached out to Reform congregations Rodef Shalom Congregation and Congregation Emanu-El Israel for this story. Both declined to comment. PJC
David Rullo can be reached at drullo@pittsburghjewishchronicle.org

This is the second in a series written in reaction to reports on sexual misconduct recently issued by the Central Conference of American Rabbis, Hebrew Union College-Jewish Institute of Religion and the Union of Reform Judaism.