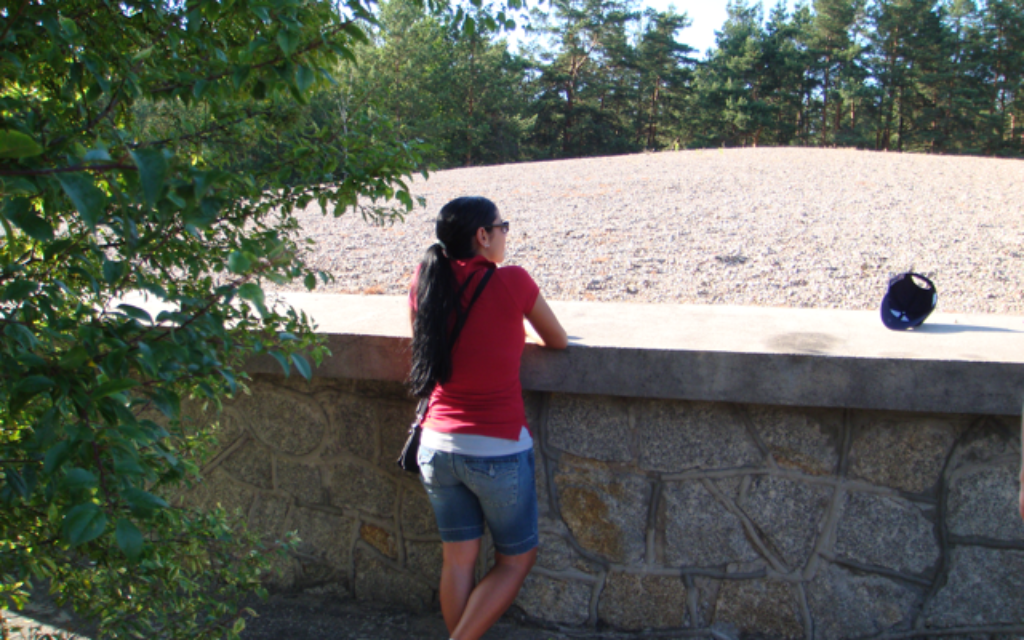 Trembling, with tears in his eyes and panic on his face, Sam realized he had forgotten a small piece of bread he carried with him in his pocket every time he left the house. I pulled the car over in an attempt to comfort and reassure him that we could return to his home and he would not go hungry. Sweet Sam. Even though this happened almost 20 years ago, this moment is ingrained in my mind forever.

Witnessing the raw trauma of Holocaust survivors, and forming close relationships with many of them, has been a powerful incentive for me in the field and mission of Holocaust education.

I have worked for years to modify curricula in schools to encompass a more multicultural approach and promote human empathy through literature and stories of human suffering, and I have seen firsthand the effects of Holocaust education.

The Holocaust is more than a history lesson: It can be a roadmap of how to live your life. In my studies of the Holocaust, hearing the pleas from the survivors to carry on their stories — and hearing the echoing cries of the victims as I stood in the crematoriums and gas chambers in Poland — has changed every aspect of how I live. As educators, we are on the frontlines of combating hate and inequities. Our roles are noble and powerful and can transform the way future generations live and how they treat all sentient beings. It is extremely rewarding and inspiring to see my students take the lessons of this genocide and be proactive in their own pursuits of social justice and human dignity.

The FBI and the Department of Homeland Security released reports this past September stating white supremacists are the most lethal threat to the United States. How did we get here? Is there something seriously lacking in our education system? In Haim Ginott’s book “Teacher and Child,” he published a letter written by a Holocaust survivor to educators with this plea: “Help your students become human. Your efforts must never produce learned monsters, skilled psychopaths, educated Eichmanns.”

It is not only imperative to study the factors and reasons behind the birth of certain hateful ideologies but also the reasons why they continue to grow and flourish in society. We have seen the horrific rise in hate speech and hate crimes. There is a toxic presence of people who are emboldened by their hate today. Hate speech never ends with hate speech, it evolves into action. Unchecked hate speech creates an environment that is conducive to violence. It only escalates. History has proven this; present times have solidified this.

As a person of conscience, I cannot stand idly by and not do my part to combat hate. The greatest weapon against hate is education, particularly Holocaust education. Teaching the importance of individual choice, collective responsibility, the dangers of hate and that being silent to an injustice is also being compliant to it, results in creating a better society that promotes human decency.

Sam, a Holocaust survivor from Czechoslovakia living in Pittsburgh, and my best friend for almost 20 years, passed away last June. I miss him every day and think about his small piece of bread that he carried in his pocket with him everywhere. He would tell me that I would be his “witness” to the catastrophic horrors he faced during the Holocaust after he was no longer here on this earth and I would be responsible for telling his story and teaching his lessons. I promised him that I would never stop telling his story or teaching about the Holocaust.

As a Holocaust educator, I must create “future witnesses” so that Sam’s story and the story of millions who perished in the Holocaust will never be forgotten. Education, empathy and awareness are the cure to the destruction of a society and the theft of human dignity.

“Let our fate be a warning to you” is engraved on the mausoleum at Majdanek death camp in Poland, which contains the ashes and remains of the victims, a place of profound sadness and unspeakable tragedy. Our obligation now, as persons of consciousness, is to heed and listen to the pleas of the genocide victims from their graves. The future of humanity rests on their ashes. PJC

Meg Pankiewicz is an English and Holocaust and genocide studies teacher at Canon-McMillan High School.