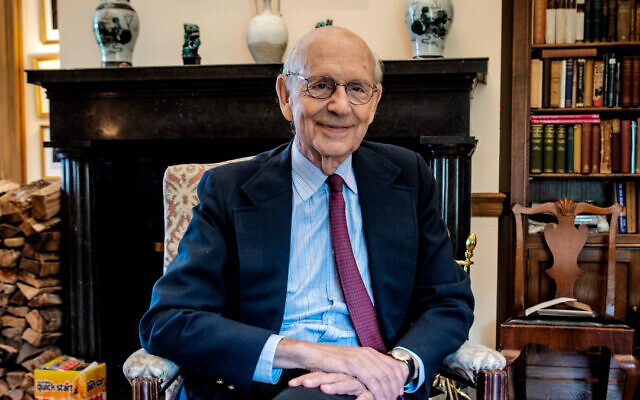 WASHINGTON (JTA) — The U.S. Supreme Court ruled in favor of Maine parents seeking funding to send their children to religious schools, a development that a dissenting Jewish justice, Stephen Breyer, suggested could open the door to broad public funding of parochial schools.

Ruling Tuesday in Carson v. Makin, the 6-3 majority favored parents in Maine who objected to a state policy that funded private school education for students who lived in districts without public schools, but explicitly excluded religious schools on church-state grounds. The court’s two Jewish justices, Elena Kagan and Breyer, who is retiring, were in the dissenting minority.

Jewish groups were split on the case: The Orthodox Union filed a brief on behalf of the parents, and the Anti-Defamation League filed a friend of the court brief favoring the state.

The court divided conservatives from liberals on the bench. John Roberts, the chief justice, wrote the decision.

“Maine’s ‘nonsectarian’ requirement for its otherwise generally available tuition assistance payments violates the Free Exercise Clause of the First Amendment,” Roberts wrote. “Regardless of how the benefit and restriction are described, the program operates to identify and exclude otherwise eligible schools on the basis of their religious exercise.”

Breyer said in his written dissent that the ruling could open the door to broader public funding of religious schools.

Liberal groups tracking the case agreed that the decision was far-reaching and could transform education funding. “Far from honoring religious freedom, this decision tramples the religious freedom of everyone,” said Americans United for Separation of Church and State. “Worse, the court has opened the door to government-enforced tithing, an invitation religious extremists will not ignore.”

Roberts, responding to Breyer, said the liberal justice was reading too much into the majority opinion. In Maine’s case, he noted, the state had a range of options, including building schools in the affected districts or creating boarding options for students who must travel long distances to neighboring districts to attend public schools.

Orthodox groups, who have long sought state support for families sending their children to private Jewish day schools and yeshivas, praised the decision.

“A state discriminating against religion — as Maine did in its tuition assistance program — is just as unconstitutional as a state promoting one particular religion,” the O.U.’s Washington director, Nathan Diament, said in a statement. “In today’s ruling, the Supreme Court has advanced religious liberty for all Americans of all faiths.” PJC