LEIB: James Stephen Leib, age 79, of Longwood at Oakmont, formerly of White Oak and Seabrook Island, South Carolina, died on Tuesday, March 16, 2021. He was born in McKeesport on August 6, 1941, and is the son of the late Max H. and Rose Freedel Leib. 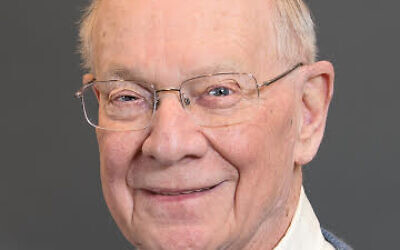 Jim obtained his bachelor’s degree in mathematics from Washington & Jefferson College, then continued to the University of Pittsburgh for his master’s in industrial engineering. He had the vision to found a software company in 1969, aSa – Applied Systems Associates, Inc., and was the president and CEO for 25 years. Jim wrote the company’s first software program, a shearing algorithm to efficiently cut steel and minimize scrap. Today, the company is the world’s leading provider of specialized software for the reinforcing steel (rebar) industry. Jim’s wife Miriam worked by his side as the office manager for 25-plus years before she retired. He was very proud of aSa and his family. His sons Mitchell and Scott began working at the company in the mid 1980s, and they have led the company since 1995. aSa was his passion. He never wanted to retire and literally worked until the last day of his life.
In addition to aSa, Jim served on the board of the Concrete Reinforcing Steel Institute. He was also board chair of the Seabrook Island Club, guiding the club through a major construction and renovation period.
Jim is survived by his wife, Miriam Kendal Leib; sons, Mitchell (Michael Ferraro) Leib of Wilkinsburg, and Scott (Cindy Goodman-Leib) Leib of Pittsburgh; grandchildren, Elena of Berkeley, California, and Joshua of Pittsburgh; brother, Jere (the late Arlene) Leib of Fort Wayne, Indiana; also, several nieces and nephews.
Graveside services were held Wednesday, March 17, 2021, at 1:30 p.m. at Elrod Cemetery in the Temple section on Center Street, Versailles Borough, with Rabbi Howard Stein officiating.
Donations in Jim’s memory can be made to the CRSI Foundation or the Jewish Assistance Fund. Arrangements were provided by Strifflers of White Oak. PJC