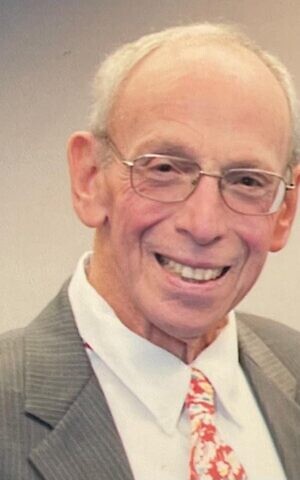 GOLDMAN: James “Jimmy” Goldman. On April 14, 2022, Jimmy passed away at home, aged 85, surrounded by his loving and adoring family: his wife of 60 years, Susie; his brother Richard; children Carl, Judy and Robert; his most treasured grandchildren, Leah, Jack, Jacob and Mya; and his nephews and nieces. Jimmy discovered a love of drawing at an early age and continued this passion at the Carnegie Tech School of Architecture. Upon his graduation in 1960, he earned the Alpha Rho Chi medal, which is awarded to a student who has shown the qualities of leadership, attitude, and personality. After graduation, Jimmy married Susie and they moved to San Francisco, where Jimmy practiced architecture with a concentration in seismic design. In 1964, he became a registered architect.
When Jimmy and Susie returned to Pittsburgh, Jimmy worked for Ralph Drury, and then became an associate and later partner at Urban Design Associates. In 1990, Jimmy’s love of competitive swimming led him to venture on his own as a sports facility consultant. Jimmy used his experiences as a competitive swimmer to design numerous natatoriums internationally and throughout the country. Not only did Jimmy commit himself to excellence in physical fitness, but he also inspired those around him to join in on his athletic endeavors. Jimmy started the group of master swimmers that became the first American team to compete in the Maccabee Games in Israel. He was also responsible for initiating the JCC’s annual indoor triathlon and outdoor biathlon, the 1650 swim at Carnegie Mellon University and the annual Autumn Ligonier bike ride.
Jimmy was known for his positive outlook on life that touched so many others’ lives along the way. With his energy, kindness, and welcoming personality, he will be forever missed and treasured by all who knew him.
A visitation will take place at Rodef Shalom Congregation, 4905 Fifth Avenue (at Morewood) on Monday, April 18, at 11 a.m. (11:00 a.m. – 12:30 p.m.). A memorial service will follow at 12:30 p.m.
Contributions in Jimmy’s honor may be made to the Jewish Community Center of Greater Pittsburgh at jccpgh.org or at 5738 Forbes Avenue, Pittsburgh PA 15217 Attn: Development. Arrangements entrusted to Ralph Schugar Chapel, Inc., family-owned and operated. schugar.com PJC