Beth Israel Synagogue’s building has been on the market since July, 2020. Photo by David Rullo.

For Marilyn Posner, the answer is a wholehearted “yes.”

Beth Israel Synagogue’s longtime rabbi, David Novitsky, no longer helms the bimah at the Conservative synagogue; the congregation’s building is on the market; and the board recently decided to not host High Holiday services this year for its approximately 30 family-unit members.

Posner, a four-time past president, current secretary of the board and chairperson of the legacy committee at Beth Israel Synagogue in Washington, Pennsylvania, is certain that the congregation is viable and will continue to perform valuable functions for its members.

“Yes, we still have services,” she told the Chronicle. “We still remind people of their yahrzeits. We still pray for the ill. Those are the basic things a congregation does. We still help each other and are still here for each other.”

And yet, Posner, a member since 1972, isn’t pollyannish. She understands that Beth Israel, like so many other small shuls that have recently closed in surrounding areas — like Canonsburg, Monessen, Charleroi and Donora — is facing difficult decisions.

Posner serves on the advisory committee for the Jewish Community Legacy Project, an Atlanta-based nonprofit that works nationally with small congregations, helping to facilitate planning based on a congregation’s stage of life.

“For some, like Uniontown or Monessen or Oil City or New Castle or Latrobe, it’s ‘We know we’re going to close, what do we do?” said JCLP’s senior vice president, Noah Levine. “For others, like Washington, which is on the cusp, or Greensburg, they know they’re not going to close but they have issues dealing with sustainability.”

“It could be that you can’t find enough members for a minyan regularly or you can’t get enough people to serve on your board or you’re lacking leadership or your finances are dwindling, and you can’t keep up with expenses,” she said. “If all that’s happening, then you have to do something significant.”

Then she paused for a moment.

“I think we’re there,” she admitted. “We still have a quorum at board meetings, and we do have Friday night services, we don’t always have a minyan, but we have services. We’ve cut back on our expenses. We haven’t hit all the triggers, but we’ve hit enough to start thinking about it.”

The congregation’s current president, Judge Gary Gilman, said Novitsky opted not to renew his rabbinic contract with the congregation at the end of December.

Novitsky, who is careful to say he hasn’t retired, still occasionally volunteers to lead the once-a-month in-person services. When he is unavailable, Posner’s husband, David, steps in. He also leads prayers during the congregation’s Zoom services but he can’t lead High Holiday services, so the building, which opened in December of 1955, will be empty those days. The board has spoken with several area congregations about possibly hosting its members for the High Holidays instead.

The building that houses Beth Israel, which has an assessed value of over $1.6 million, has been on the market for a little over a year. The congregation decided to sell it after a church that was renting space there had to break its lease when its minister moved away.

“It’s a fairly large building,” Gilman said, “and we’re a small congregation now. As a consequence, the cost of maintaining a building that has more room than the congregation needs is costly.”

It is unclear what the congregation will do after the building is sold. Will they rent another site, buy a smaller building, find a new rabbi?

“There are a lot of things in flux,” Gilman said, although he noted the congregation’s cemetery is well funded.

The 30,000 square foot building, which sits on over five acres of land, houses more Judaica than the congregation will need when it moves. Some of the objects will go back to the families that donated them.

A man from Illinois contacted Posner and offered to come to the synagogue to remove the large stained-glass windows, ensuring he would find a new home for them. 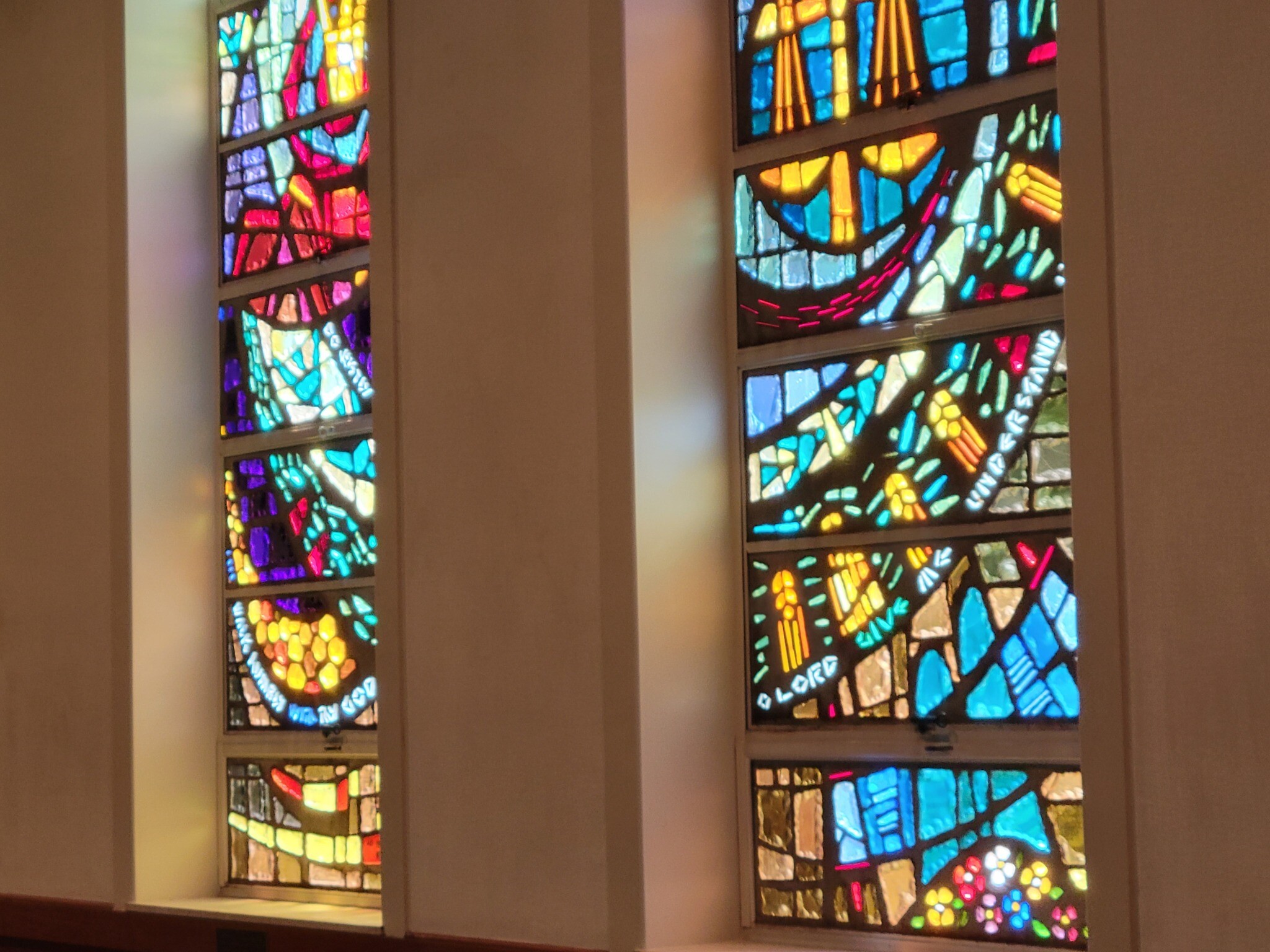 Other items, like the plaques that line the many walls in the building, might end up in the Rauh Jewish History and Program Archives at the Heinz History Center. The JCLP will help find homes for other objects like extra Torah scrolls and a large chandelier that has hung in the building since 1971 when it was donated from the former Tree of Life Synagogue in Canonsburg, which merged with Beth Israel. 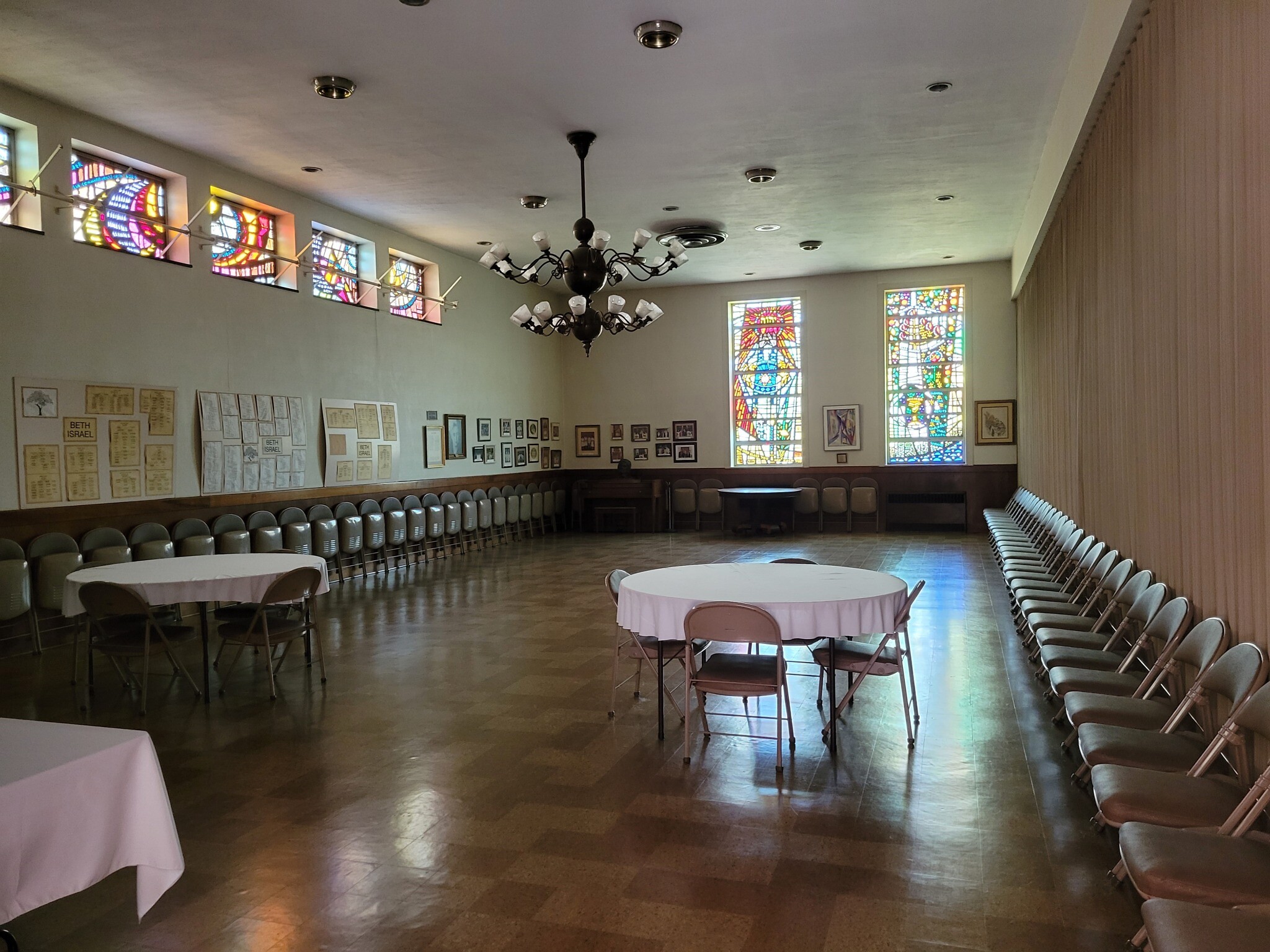 Beth Israel’s building includes a large chandelier donated by the former Tree of Life Synagogue in Canonsburg. Photo by David Rullo.
“It’s kind of sad,” said longtime member Debbie Sekel, reacting to the news the building will be sold. “My kids grew up there, it’s kind of my home.”

Sekel said she hopes the congregation will stay together, but realizes that a leader is required.

“David [Posner] has been our pretend rabbi,” she said. “If he sticks with us, or there’s another person to take charge, then we’ll stay together. It just takes one person who’s willing to take charge.”

Sekel said if Beth Israel dissolves, she’ll decide between attending services at the Carnegie Shul or the Parkway Jewish Center in Penn Hills.

Sekel, who lives in Cecil Township, treasures the memories of her children celebrating life cycle events at the synagogue, and the women there beaming with pride.

“They were so proud,” she said. “All those ladies that were there were like grandmothers to my kids. It’s just heartbreaking to see it go away.”

David Rullo can be reached at daverullo@pittsburghjewishchroncile.org.