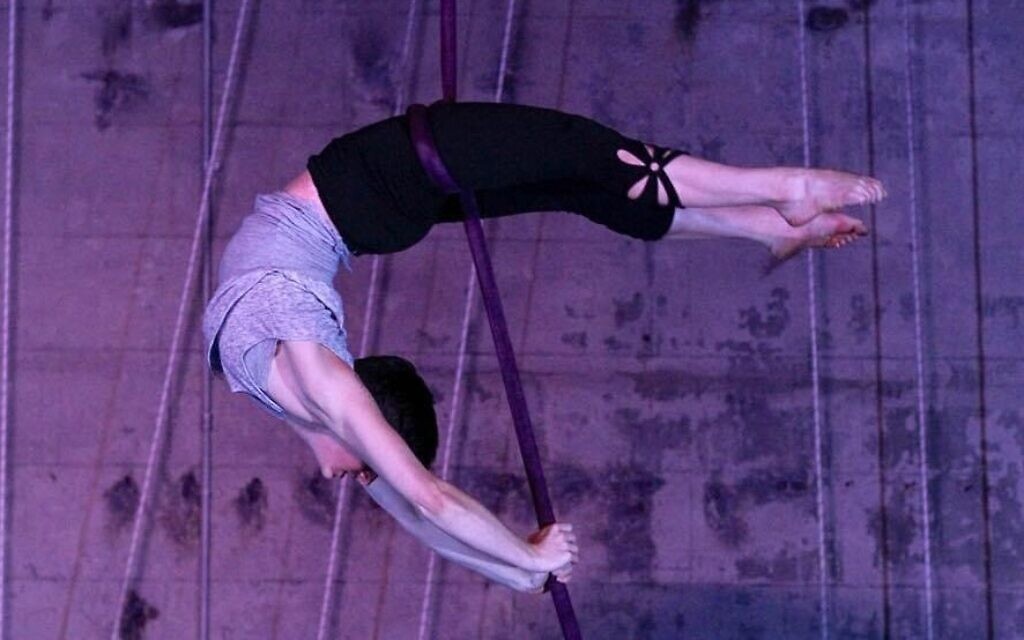 Zoe Ruth Sisson Silberblatt — or just “Zoe Ruth,” as she prefers — has not yet been sawed in half or made to vanish inside a locked box, but she is sometimes called upon as a magician’s assistant as part of her duties as venue manager at Liberty Magic downtown.

“I’m in on several secrets — I probably shouldn’t be,” laughed Zoe Ruth, 28, who has worked at the Cultural District’s magic club since its opening in 2019. “But that’s one of the fun parts of the job.”

After being closed for in-person shows since March 2020, Liberty Magic opened again last week, showcasing the prestidigitation of master magician Chris Capehart in its 68-seat theater — but not before Zoe Ruth took the stage to exuberantly welcome patrons back to live performances in the Cultural District.

The Jewish Forest Hills native, who grew up at Temple Sinai, is no stranger to the stage. A graduate of Winchester Thurston School, she went on to earn a degree in theater from Boston University’s College of Fine Arts, then spent a year in New York City before heading to Creede Colorado (population 312) where she worked as an actor at the Creede Repertory Theatre. 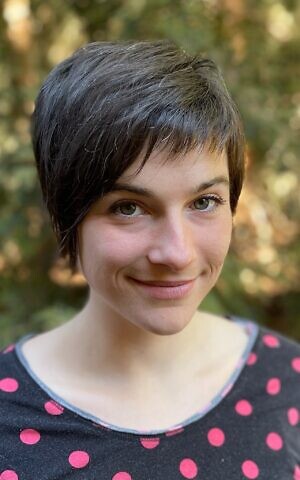 She also happens to be a circus aerialist.

“So my background is in theater, and I performed circus arts for a while when I was younger, and that’s probably the piece of my background that is most closely tied to the world of magic,” Zoe Ruth said. “What excites me about magic now is when it’s used truly as a storytelling tool as opposed to just a series of tricks — you know, when the illusions are tied to a story.”

Growing up in Pittsburgh, Zoe Ruth was a competitive gymnast. As she transitioned her focus toward an artistic career, she was drawn to circus arts as “a nice little step between gymnastics and theater,” she said. She performed with a modern dance troupe in Pittsburgh, where her work included a lot of acrobatic movements, then toured with a youth circus called Circus Smirkus based in Vermont. She was also a member of the Zany Umbrella Circus, a Pittsburgh-based troupe that has performed worldwide.

She also performed private gigs as a rope aerialist.

Aerial rope, she said, “is truly just a rope hanging from the ceiling,” with aerialists using billowy swaths of fabric for effect. “You can tie yourself up in it and cascade down from it and get quite a good workout.”

As a circus performer, Zoe Ruth was most interested in aerial rope, but also walked tight wire and worked the wall trampoline, in addition to performing other feats.

“Because I had the background in gymnastics,” she said, “I had the strength and flexibility to pick up a bunch of different things and be support for lots of different types of acts.”

Zoe Ruth moved back to Pittsburgh in 2019 and has found a niche at Liberty Magic. Among her duties there is prepping the theater for performances.

She also enjoys getting to know the venue’s patrons, and works with the marketing and design team to “keep them excited about theatrical magic,” she said.

As it was for everyone involved in the entertainment industry, navigating the pandemic was a challenge for Liberty Magic, Zoe Ruth said. The venue opened in February 2019, then, just 13 months later, COVID-19 shut it down. Performances moved online.

“We did a weekly show called ‘Liberty Magic @ Home’ that I hosted for about two months,” Zoe Ruth said. “I think we had eight episodes total that we made. That was a really great creative outlet during that beginning stage of the pandemic, when no one was really sure how long this is going to last and no one was really used to being cloistered at home.”
Now, she is thrilled the magic shows are back in person.

“I go out for my curtain speech and it’s like, oh my gosh, this energy,” Zoe Ruth said. “You don’t realize how much you miss it until you’re in a room of people and about to experience something magical together.”

Proof of COVID-19 vaccination is required to attend a performance at Liberty Magic, and masks are mandatory should levels of COVID-19 transmission in Allegheny County reach “substantial” or “high” as defined by the Centers for Disease Control and Prevention, according to the Pittsburgh Cultural Trust. PJC