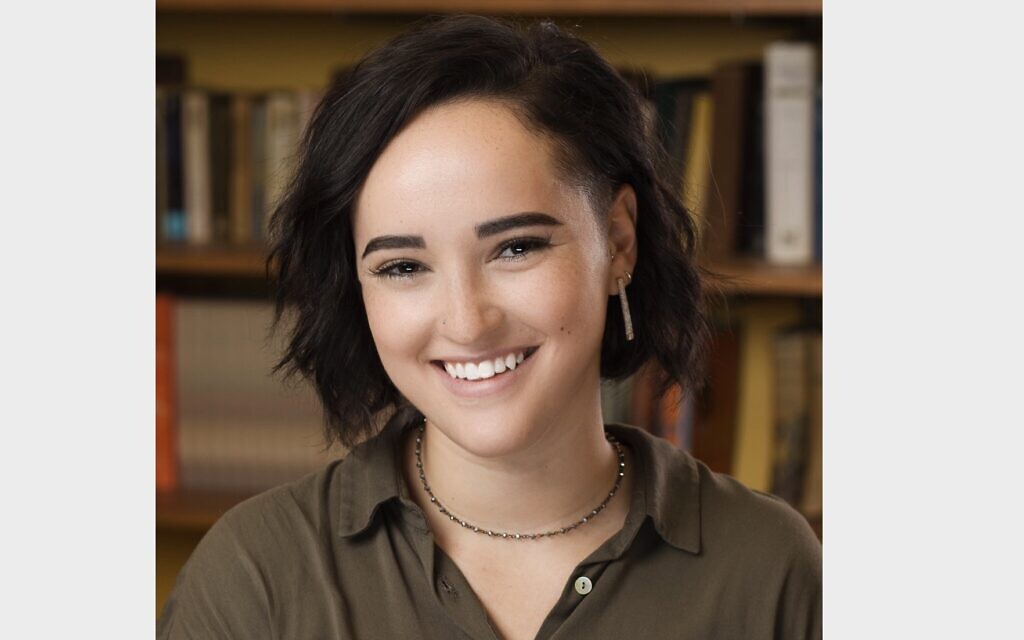 The head of a nonprofit working to bridge Pittsburgh’s digital divide didn’t always have her eyes on the tech sector.

But Garfinkel, a third-generation Pittsburgher who graduated from DePaul University in Chicago in 2017 with a degree in English, started at Meta Mesh in development; her master’s degree from Carnegie Mellon University was in rhetoric. Even she admits she had to learn to fly high while still building the plane.

“It was a shift for sure — I always stayed with the humanities in my academic life,” Garfinkel told the Chronicle. “The reason I was able to adapt quickly to the field? When I was an undergrad, my job was being a writing tutor … and that job prepared me in so many ways. It just got me comfortable not knowing the solutions to all problems but knowing what to ask to get there.”

Garfinkel, who is Jewish, grew up in Fox Chapel and Squirrel Hill. She spent every summer at the Emma Kaufmann Camp near Morgantown, West Virginia. It was in those early years that her social foundation inspired her to lean toward mission work and serving others — the familiar Jewish ideal of tikkun olam, or repairing the world.

Her mission in 2022? Providing no-cost Wi-Fi internet services to Pittsburghers in need. Right now, it’s available in Homewood, New Kensington and Coraopolis/Neville Island, with plans to expand soon in Wilkinsburg.

“In the city of Pittsburgh, nearly 23% of people do not have in-home Internet access,” Meta Mesh says on its website. “To live and work in today’s digital society, it is essential to have access to the Internet. In the 21st century, reliable Internet access is no longer a luxury — it is a necessity, and a right.”

Garfinkel said she jumped the normal steps up the corporate ladder during a period of transition at the nonprofit. She is modest but also an accurate appraiser of the tools in her professional toolbox.

“We needed to do something that had never been done before and run an entirely new kind of program,” Garfinkel said. “My biggest accomplishment was just trying to instill more structure, more process and more documentation.

“I think my strengths serve us well,” she added, “because I’m good with relationships, and I’m a good communicator.”

Essie Garfinkel, Sam’s grandmother, said she never expected to talk to a newspaper reporter about the eldest of her six grandchildren. But now that this is reality, it sort of makes sense.

“She got her master’s at Carnegie Mellon University in rhetoric — I figured she’d go into teaching or writing,” the elder Garfinkel told the Chronicle. “I’m shocked because she has so much business knowledge now, so much technological knowledge. She learned it on the job.”

Essie Garfinkel praised accomplishments her granddaughter didn’t brag about or cite — such as expanding the net of donors and grantmakers who support Meta Mesh.

“We’re so proud of her, we really are,” she said. “She, being the oldest, has gone the farthest so far. And we’re just delighted.”
So is the younger Garfinkel, though she has faced her share of obstacles.

“I think I learned it’s experience [that matters],” she added. “Resistance was very much not there. I hope the professional world is moving more toward inclusion … I don’t want to be a diversity hire.”

Now that she’s heading her own company, Garfinkel is leaning hard into the mission work. Through sponsors such as school districts, she is bridging the digital divide in southwestern Pennsylvania.

“That’s where we come in,” Garfinkel said. “We offer a tailored solution.” PJC