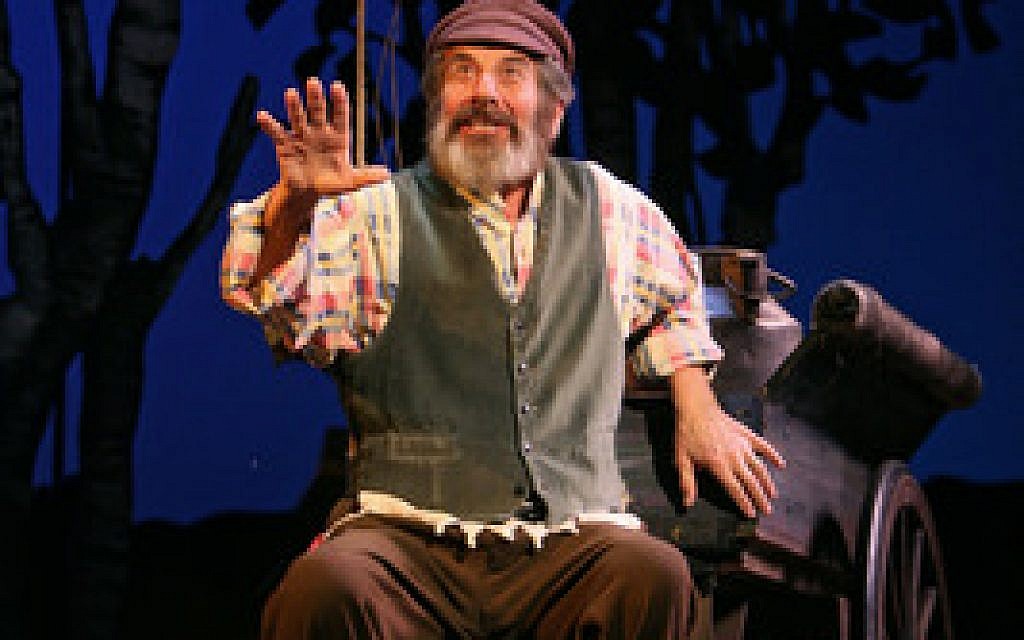 Chaim Topol played the role of Tevye in the movie "Fiddler on the Roof" in 1971. Joan Marcus photo

I have seen at least five different stage productions of the musical “Fiddler on the Roof,” and I have seen the film more times than I can count. I cry every single time that Tevye parts with Chodel as she heads to Siberia to be with Perchik, and again when the patriarch finally makes a sort of peace with Chava — after she goes against his will and marries a non-Jew — telling her “may God be with you.”

The film “Fiddler on the Roof” premiered 50 years ago this month. Despite a mediocre review by celebrated critic Roger Ebert, the movie went on to win three Academy Awards, including one for music, while the Golden Globes deemed it the best picture and handed Topol the top acting prize.

Ebert, remarkably, wrote: “[W]ould it be heresy on my part to suggest that ‘Fiddler’ isn’t much as a musical, and that director Norman Jewison has made as good a film as can be made from a story that is quite simply boring?”

Ebert may have found the story of Tevye and his daughters dull, but a great many people have not. Both the film and stage adaptations of Sholem Aleichem’s short stories have maintained a devoted following around the world, one that transcends religion and culture. The show is now frequently touted for its “universal” themes of tradition, bigotry and resilience, and continues to resonate with audiences from Japan to Finland to Australia.

“Fiddler” never fails to move me, not because of its universal themes, but because of its quintessentially Jewish themes. The traditions celebrated in “Fiddler” are Jewish traditions; the bigotry that terrorizes the characters is antisemitism; and the resilience of the residents of Anatevka is that particular brand of resilience that has been a hallmark of our people for eons — the drive to preserve our heritage regardless of hardship, fueled by the energy of community.

Lots of people have “Fiddler” memories they cherish. They can recall seeing it for the first time on a giant screen with their parents in a mid-century movie theater, or memorizing the songs from an eight-track tape played over and over again in the family Oldsmobile (me…and me).

But my favorite “Fiddler” memory was born in 1979, when I was a junior in high school and serving as president of FJYO, an umbrella coalition of eight Jewish youth groups in Indianapolis. Each year, in the spring, each of the groups came up with its own skit to highlight the work of our Jewish Federation, and the skits were competitively performed at a fundraiser dubbed “Stunt Night.”

Back then, all the Jewish youth groups in the city had lots of members — but there wasn’t much collaboration between groups. So, the FJYO board and I came up with a plan: No more Stunt Night. Instead, 1979 would be the year of cooperation between groups. A night of eight individual skits would be replaced by a single production of — what else? — “Fiddler on the Roof.”

It was a daunting undertaking. And, no, the youth of Indianapolis did not pull it off by themselves. The JCC hired us a bona fide director and a local synagogue gave us a stage for three months of rehearsals and our performance.

I played Yente the matchmaker, a role for which a great singing voice is not required. Kevin, the president of AZA, played Tevye, opposite NCSY’s Susie as Golde. Our fiddler came from NIFTY, Chodel from USY. The role of Perchik was played by a Jewish boy from my acting class who wasn’t affiliated with any of the youth groups. All told, the show brought together 50 teens from various denominations and backgrounds to tell a story of what it means to be a Jew.

The production was spectacular (at least in my foggy memory 42 years later) and was met by thunderous applause by our enthusiastic audience of parents. We had a blast, and we reminisced about it for years.

I suspect we might have sold just as many tickets if we had instead performed “Oklahoma!” or “My Fair Lady,” also shows with “universal” themes. But I am certain that no other musical could have brought us all together in the same way “Fiddler” did.